The Red Sox have suffered a rash of season-ending injuries to high-quality relievers, but that doesn't necessarily mean they're going to make a deal for one before the July 31 non-waiver trade deadline. The Boston Herald's Scott Lauber reports that the Red Sox very well might "stand pat" with their current crop of arms in the majors and minors, thanks to the fact that the reliever market is just too expensive considering it's mostly made up of rentals and, well, relievers.

Read More: Why do we obsess over the trade deadline?

Francisco Rodriguez was acquired by the Orioles for what might be the Boston equivalent of last year's first-round pick, Deven Marrero. While Marrero is absolutely a movable piece, given he's a shortstop in a system that's suddenly overflowing with them at the upper levels, giving him up for a reliever that the Sox would have for two months is far too steep a price. White Sox reliever Jesse Crain is also a rental, and he's one who is currently on the disabled list with a shoulder injury, and will not come off of it before the trade deadline due to a setback -- the White Sox still expected to get a legitimate prospect back for him despite this. Luke Hochevar is available from the Royals, which means he could either be had for a pittance, or will be extremely overrated by his own front office and held onto past the deadline when no one meets their absurd demands -- either way, the end result is likely to disappoint Royals' fans. 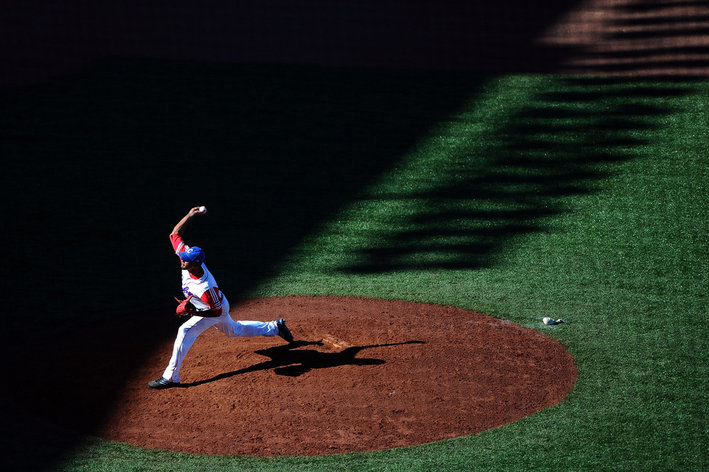 Boston isn't just looking at what other teams have in their quest to add pitching.

There are others, of course, but it's a sellers' market, and the Red Sox would be buying. If they lacked internal options, as they have in recent years, it would be one thing, but they already have setup men and a closer in Craig Breslow, Junichi Tazawa, and Koji Uehara, in addition to the relief corps housed in Pawtucket. If Brandon Workman ever gets out of the rotation, he could be an even more valuable relief piece, and Drake Britton might just be the lefty they could use out of the pen considering his ability to shut down fellow southpaws and induce grounders. That's without getting into the likes of Rubby De La Rosa, who could be pushed to relief as a September call-up as a way to close out the year and get back to the majors, or without considering that the Sox are intent on signing Cuban free agent Miguel Alfredo Gonzalez, who could slot into the pen if the rotation isn't in need of assistance.

Will those pitchers be enough? That's hard to tell, but it's not much more difficult than if the Sox went out and spent prospects on someone like Crain, who has injury issues this year, or K-Rod, who was poor enough a year ago that he had to sign a minor-league deal in mid-April before taking the mound in 2013. The Sox aren't going to give up on 2013, by any means, but if the price isn't right come July 31, it's easy to imagine them going with what they have, or at least waiting until the prices go down with the waiver trade deadline looming on August's calendar.