Boston has third base depth in the minors, so Middlebrooks could be on his way out.

The Red Sox are searching for a starting pitcher upgrade, and are reportedly in on White Sox hurler Jake Peavy. What's more, we're actually hearing names potentially involved in a deal, with MLB.com's Scott Merkin reporting that the White Sox and Red Sox are discussing a trade centered around third baseman Will Middlebrooks.

It should be pointed out that WEEI's Alex Speier is reporting that there is nothing to these rumors -- it could simply be that the White Sox want Middlebrooks, and have leaked as much from their camp. It's still likely worth paying attention to, though, because, at the least, it gives you an idea of what the White Sox are looking for in return for their biggest trade chip.

Middlebrooks is currently in Triple-A after losing his job on the big-league club to rookie Jose Iglesias. He hit just .192/.228/.389 in 53 games and 216 plate appearances, and while he's coming around at Triple-A (.270/.326/.467) by cutting his strikeouts down to 18 percent, he's not exactly a finished or fixed product, either. There's still a lot of potential here for a .270/.320/.475 or so third baseman with above-average defense, but if there is a position the Red Sox might be set at in the future, it's third base: Garin Cecchini is in Double-A and powering through the level, while Xander Bogaerts, currently a shortstop, might end up at third base if Iglesias maintains his hold on a big-league spot.

Jacoby Ellsbury, the Red Sox, and an everchanging future 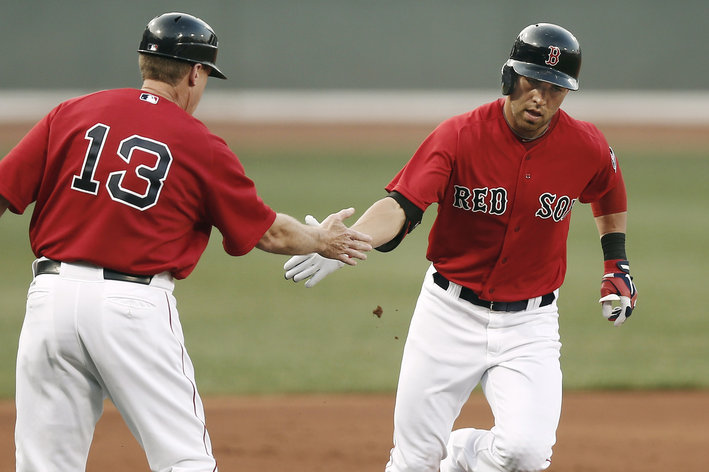 Before the season it was almost definite that Jacoby Ellsbury would be gone after this season. Has his play to this point changed that viewpoint?

If they can upgrade the rotation for this year and next by dealing Middlebrooks, while still having three young players for two spots on the left side of the infield, it's hard to say no to that.

Peavy has his own questions, but the upside is obvious. He owns a 3.58 ERA and 121 ERA+ over his last two seasons with the White Sox, with four times as many strikeouts as walks. The questions have more to do with injury than anything, as he's made 30 starts once since 2008, and more than 25 twice since then. He already had his annual stint on the disabled list this season, however, and looked good in his return. Plus, if he ends up hurt, the Red Sox do have the starting pitching depth in the minors to cover for him.

The White Sox have young pitching in the majors, but are bereft of young bats with any real upside. In addition, they lacked a single top-50 prospect on any of the updated mid-season lists from Keith Law, Baseball Prospectus, and Baseball America. Middlebrooks isn't a prospect, but he's young with limited major-league experience, and he undoubtedly has talent.