Dustin Pedroia won't be going anywhere for quite some time.

We knew it was coming, but the deal is now official: Dustin Pedroia will be a Red Sox through 2021, as he has signed an eight-year, $110 million contract. On Tuesday, it was reported that the deal would be for seven seasons, starting in 2015, and pay him $100 million still, but that was just the agreement in principle. After another 24 hours, the Red Sox replaced the last year of Pedroia's current contract, 2014, with a slightly higher paying season by redistributing the money in the deal.

It might seem odd for the Red Sox to dive in and pay Pedroia more money sooner than they had to, but it actually will be good for them over the life of the contract. The average annual value of the deal is what counts against the luxury tax, not the specific money owed in a specific year. So, Pedroia's extension at eight years and $110 million comes out to a $13.75 million AAV, whereas the seven-year, $100 million iteration came to $14.29 million. It's not an enormous difference, but consider this: the Red Sox were under the luxury tax threshold at the end of 2012 by all of $47,000 and change. In that light, every dollar that doesn't count against the soft cap is an important one. That's nearly $500,000 more to be used for in-season call-ups from the minors, or in a mid-season trade in a season in which Boston doesn't have much wiggle room under the cap. 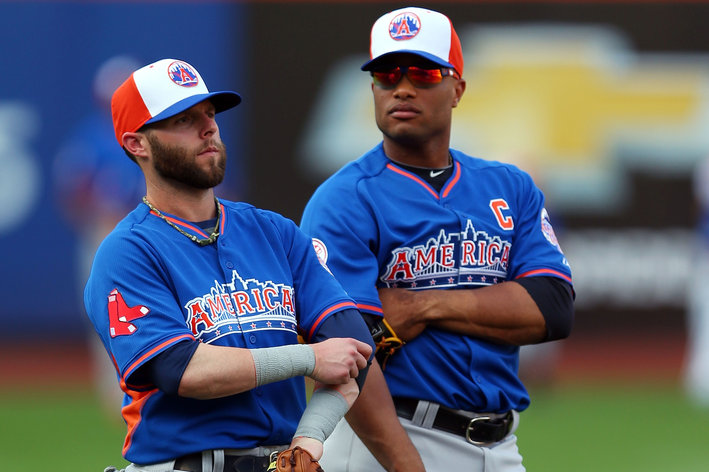 Boston has locked up their second baseman for seemingly the rest of his career, and have done so at a price that makes everyone involved happy.

Plus, just for kicks, realize that Pedroia's AAV is going to be less than the qualifying offer submitted to free agents starting as soon as 2014. That figure is determined by averaging the yearly salaries of the top 125 contracts in baseball. Not too shabby to be paying Pedroia less than the average of the top 125 salaries, considering he's one of the best in the game.

According to WEEI's Alex Speier, the contract will pay Pedroia a $1 million bonus, then $12.5 million in both of 2014 and 2015. After that, Pedroia will earn $15 million, $16 million, $15 million again, then $13 million, then $12 million to close out the contract in 2021. Again, that doesn't matter so much in terms of what it will cost the Red Sox -- the AAV is the same regardless of the distribution -- but it does load up much of the value in the middle for Pedroia, rather than at the end, when the actual dollar value of the deal will be diminished comparatively due to inflation. This also helps the Red Sox out, hypothetically, as the cost of Pedroia's contract will lessen (in the non-luxury tax sense) just as the prospects they hope form their next core are starting to get expensive through arbitration and their own extensions.