With Clay Buchholz' rehab slowed, what's next for Boston?

Clay Buchholz is on the slow track back to the majors. What does that mean for Boston at the trade deadline?

Share All sharing options for: With Clay Buchholz' rehab slowed, what's next for Boston?

A visit to Dr. James Andrews brought peace of mind for Clay Buchholz, but also a recommendation for a methodical build-up in his return to action--one that could well leave him out of the rotation until late August, if not early September. Now, facing another month or more without their best starter, what do the Red Sox have to overcome his continued absence?

The question that needs to be asked is fairly obvious: is Boston's rotation, as it stands, good enough to win the American League East? No, it's not about just making the playoffs anymore. The one-game wildcard play-in has made winning the division hugely important, essentially doubling your chances of success right off the bat, even not considering how a play-in game can mess up the rotation.

Right now, Red Sox fans actually have to be feeling pretty good about things. John Lackey has been consistently outstanding, with even his four-run outing against the Yankees last week having been much better than its effect on his ERA will show. Felix Doubront hasn't given up more than three in ages. Brandon Workman is looking like the replacement arm that finally stuck after Alfredo Aceves, Allen Webster, Franklin Morales, and Stephen Wright fell off. Ryan Dempster is struggling, but had a Doubront-like run of quality starts, and doesn't have to do too much if he's the fifth starter. And Jon Lester is finally, finally starting to look like his old self.

The problem for the Red Sox, however, is that the trade deadline is a week away, and it's kind of hard to put much faith in some of those performances. It seems foolish and even a little paranoid to continue waiting for John Lackey to pull the rug out from beneath us, so I won't go there. But Felix Doubront is a young arm who has had fitness and injury difficulties in the past, and faded in the second half of 2012. Brandon Workman has made all of two major league starts, and is coming up on his innings total from last year when you include his minor league work. And Jon Lester, for all that we'd love to take his last few weeks of work and paint a picture of a resurgent pitcher, will have just one more opportunity to take the mound and prove it before the non-waiver deadline.

Do the Red Sox need a starting pitcher? No, this is a division--hell, this is a league of strong-but-flawed teams, and it's not hard to imagine this resilient group of Sox getting the job done in August and handing the ball over to Clay to close out the year.

Red Sox in on Jake Peavy 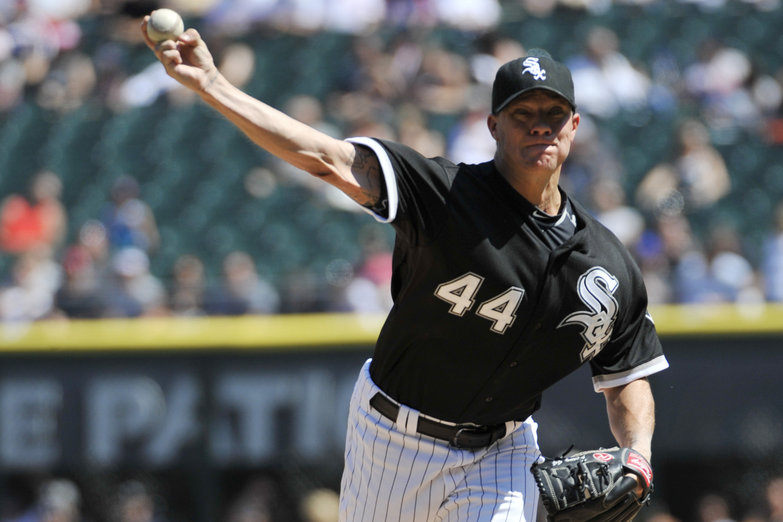 There's a long way to go between interest and a deal, but Jake Peavy could be emerging as Boston's top target.

Could they use a starting pitcher? Absolutely. Having Workman as depth in case of an injury rather than Webster, or Dempster providing help to the bullpen could make all the difference in the world, especially if the pitcher added could genuinely make an impact as a third or fourth starter in the playoffs. Jake Peavy, to whom the Red Sox have been connected, could certainly play that role.

With just one week left to go, the Red Sox will have to put a price on that need. How much are they willing to pay to get someone who can, if nothing else, insure them against another injury. How good does that player need to be to legitimately be considered an upgrade?

With as many pitchers as there are in the league, it's hard to imagine that a match does not exist somewhere for the Red Sox. The question becomes can they find that pitcher, and will he, whoever he may be, give them what they need over the coming months to stave off the likes of Tampa Bay, Baltimore, and New York? Time will tell.