Boston wanted the reliever, but the Orioles were willing to pay the price for him.

The Orioles acquired reliever Francisco Rodriguez from the Orioles for prospect Nick Delmonico, but if the Red Sox have been willing to pay a similar price, K-Rod might very well be in Boston, according to the Boston Herald's Scott Lauber.

The Red Sox are in first place in the AL East, but have some obvious room for upgrades and depth acquisitions. The thing is, they are also very focused on the future, and don't want to give away pieces that they believe will be the core of the next iteration of the Red Sox. This isn't the same as saying they won't deal prospects -- there are plenty of options for them to move in trades to help the team while they're competitive in the present -- but there are certain pieces from the farm that they just aren't going to move unless the return is enormous. K-Rod, as a reliever who is a free agent at the end of the season, does not represent such an upgrade. 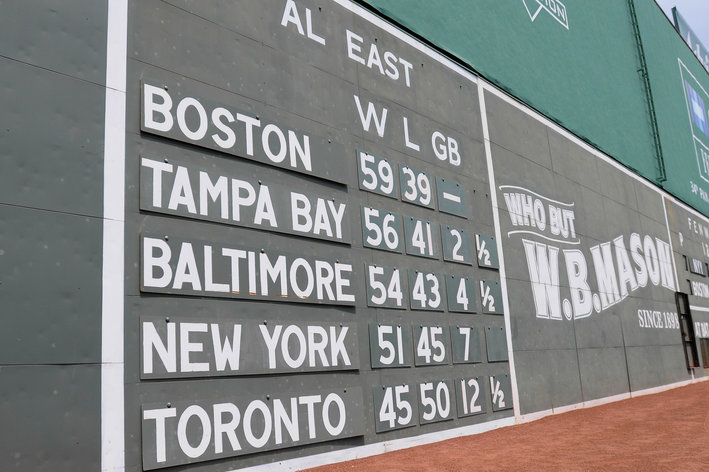 Mike Hazen says the Red Sox will be "aggressive" at the deadline. But there's reason to think said aggression might not be all it's cracked up to be.

The Orioles had no such qualms, though, and gave up Delmonico, who was their fourth-ranked prospect heading into 2013, and has had something of a jump in production despite being a 20-year-old in High-A for the first time. While you can't exactly compare prospect ranks across teams given it's all very individualized, the Orioles had a ridiculously impressive 1-3 entering the year, with Dylan Bundy, Kevin Gausman, and Jonathan Schoop coming in ahead of Delmonico -- Delmonico wasn't fourth in a nothing system, and Baseball America said his ceiling is that of a "first-division corner infielder," so you know the drop-off in quality didn't necessarily begin with him, either.

With that in mind, I'm pretty comfortable with the Sox backing out on K-Rod. For one, there are other relief options out there, and they could likely come cheaper than whatever the Red Sox equivalent of Delmonico is, be it a prospect or Will Middlebrooks or whatever it is the Brewers wanted from Boston specifically. More importantly, it shows that the Red Sox are serious about improving now, but not at the expense of viable pieces of their future. They have the pieces to move, and they'll very likely get their upgrades, but it's going to have to be on their terms.