Johnson starts to succeed after injury, Maddox is in relief only these days, and Kukuk might be putting things together.

Johnson has had his rough patches in 2013, such as a 4.28 ERA in May and injuries that have limited him to just 47 innings on the year, but he's started to come around strong of late. He put together a few excellent frames in the Rookie League to work his way back to Greenville from injury, and then tossed four frames with five strikeouts against a pair of walks, with no runs allowed, on his July 21 start. He gave up just one hit in the appearance, and while he needs some more length to his outings in the future, it's a continuation of some of the success he was starting to see as May came to a close and injury kept him from building on that.

If Johnson can wrap up the season with a strong month-and-a-half, he might find himself in High-A Salem next year. He was supposed to fly through the minors quickly as a polished college lefty, but a line drive to the face ended his 2012 before it even really began, and as said, he's missed considerable time in 2013 as well. It's all about how he looks and what he's learned more than how many innings he can pile up at a given level, though, so there's still time to finish 2013 on a high note and position himself for next year.

Maddox was starting, but he just couldn't string together consistently successful outings, and has now shifted to the pen. It's expected that's Maddox eventual role if he's ever in the majors, anyway, but, as with many young arms, the Sox like to keep their future relievers as starters for as long as possible in order to get them more time to work on their repertoires and add experience. 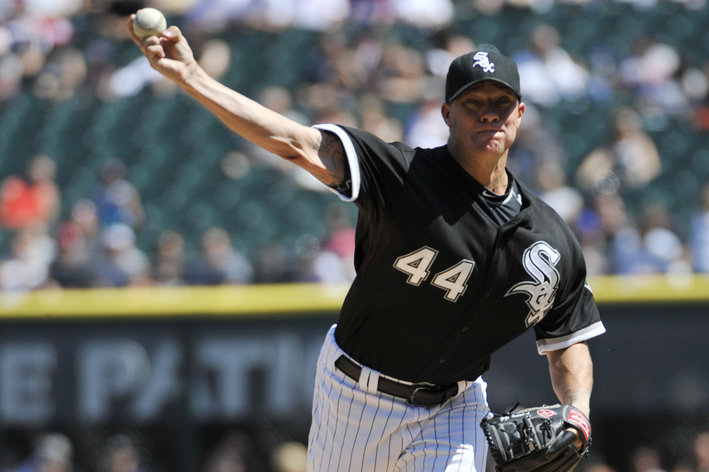 With just over a week before the deadline, the Red Sox are emerging as potential landing spot for Chicago's Jake Peavy.

Things are still a bit all over the place, but he has been better out of the pen than he was as a starter. While he allowed a .352/.391/.633 line to opponents while starting, he's down to .295/.346/.464 in relief. That's still horrible, and is even worse than you might initially be picturing given the Sally League doesn't exactly hit like the majors, but hey, it's at least pointing in the right direction.

Maddox clearly has a lot of work to do in order to improve. Righties hit him hard, but lefties have eviscerated his pitches to the tune of .367/.418/.700 with five homers and 18 extra-base hits in 101 plate appearances. He's been bad from the wind-up, but horrific from the stretch, where opponents have an OPS of 1015. The lefties thing is a problem, but if he's relieving, he can at least be hidden from tougher lefties. Pitching from the stretch is something he's going to absolutely have to fix, however, because that's what relievers do whenever they don't start an inning clean.

Kukuk has had his issues this year, which you can probably glean from spying that 7.5 per nine walk rate above. He's been good about limiting hits, though, and when he does find the strike zone, he's earning plenty of strikeouts. Over his last 10 starts and 42-1/3 innings, Kukuk has a 2.55 ERA with 51 strikeouts against 32 walks, with 1.2 times as many ground outs as air outs. It's not what you want from him, but it's at least looking like things are coming together for the 20-year-old southpaw.

That's nearly 11 punch outs per nine innings, and while it's also 6.8 walks per nine, it's still some progress for him. He's also been excellent in July by itself, with nine walks in 20-1/3 innings while still striking out more than a batter per inning. Like with Henry Owens last year, he's a left-handed work-in-progress, and it just seems to be taking him a little longer to get things to work for him. If he can finish out July and get through August the way he's pitched the last few weeks, he might not be at Greenville for long, if at all, in 2013, even with the season's walk rate.