Boston has locked up their second baseman for seemingly the rest of his career, and have done so at a price that makes everyone involved happy.

Long-term contract extensions can be dangerous. Players who merit them often see their price tags jump to absurd and dangerous levels, at least in the eyes' of the teams who have to pay those extensions, especially since they are in essence paying more for what has already been done than what players will do going forward. The Red Sox and Dustin Pedroia seem to have struck a perfect balance between rewarding Pedroia for his past, paying for his future, and giving the Red Sox the centerpiece they want in their lineup and clubhouse for much of the next decade, though, by signing a seven-year, $100 million extension that kicks off in 2015.

Seven years, especially when it starts in 2015, sounds like a very long time. It is, too, in a lot of ways, but the fact that the total money on the contract is so low keeps it from being as long as it sounds like it is. Pedroia will be paid $10 million as planned in 2014, and his option for 2015 will be replaced by a guaranteed year, the first of the seven-year extension. With the contract totaling $100 million between 2015 and 2021, the average annual value is just $14.3 million.

For context, Ryan Dempster is making $13.25 million this year. Shane Victorino is pulling in $13 million in each season of his three-year deal. David Ortiz is making $14.5 million this year, and can make that or a little more next season as well assuming he's healthy enough to trigger the contract clause. Those are all reasonable deals where the average annual value of the contract is a bit higher than it would have been over a longer contract, and Pedroia is going to be paid at that kind of rate for seven years.

Consider, too, that the Red Sox are looking like they can build their team's core, starting in 2015 if not sooner, with many of the impressive prospects in the farm system. They will all be on league-minimum deals with three seasons of service time to record before they will even be arbitration-eligible -- this means that, even with Pedroia's extension, there should hypothetically be money for the Red Sox to use in trades and on free agency in order to fill the holes their prospects cannot.

The luxury tax threshold will continually move up during this time frame, too -- it jumps to $189 million from $178 million between this year and next alone -- so the $14 million or so of Pedroia's contract that counts against the soft cap will be a lower percentage of the maximum each season. He likely won't be worth $14 million in 2021 when he's 39 years old, but between the rising tax threshold and inflation, $14 million nine years from now isn't going to look like $14 million does now -- and $14 million these days is already an absurdly reasonable Dustin Pedroia price tag. 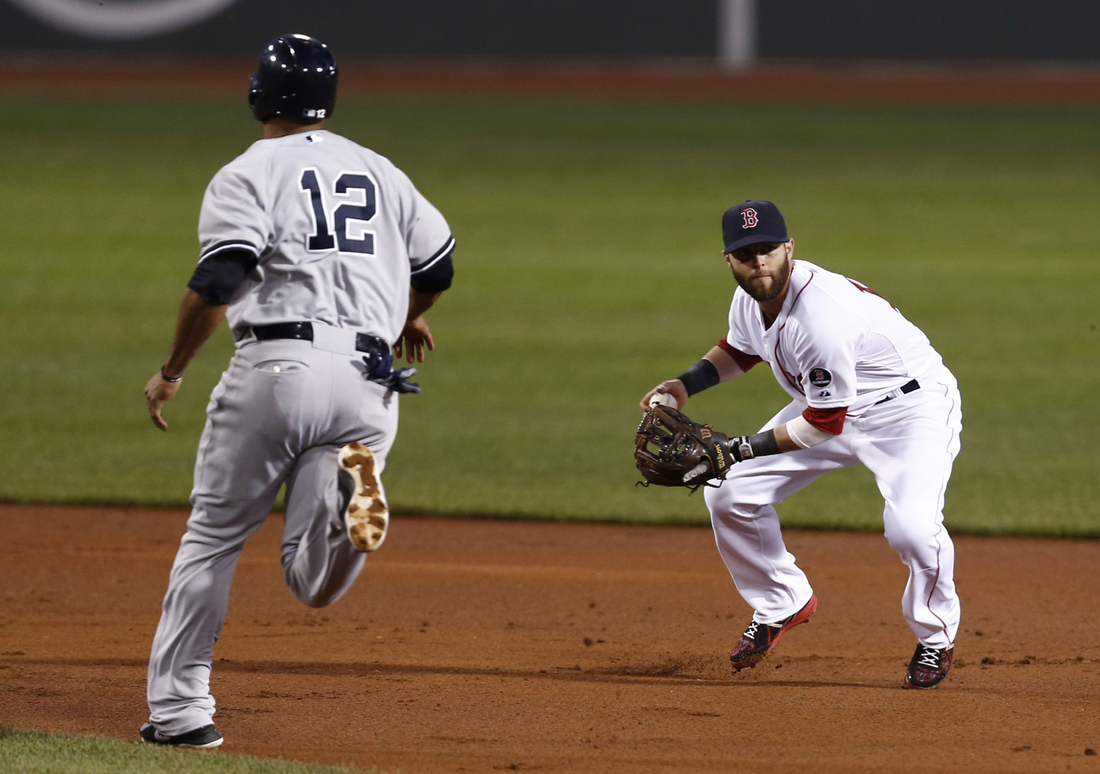 Second baseman do age poorly relative to other positions, and that is something to consider. The thing is, they tend to do so because second basemen are flawed in some way -- this is why you don't see a lot of second basemen drafted early on each year, because they don't have somewhere else to shift to if something goes awry in their development. They're often not quite athletic or range well enough for shortstop, or don't have the arm for that or third base, or lack the bat to play at any corner spot. Pedroia, though, is a disciplined and patient hitter whose bat could work elsewhere on the diamond, and the only reason he's not a shortstop anymore, like he was in the minors, is because his arm is better-suited for the keystone. Would he be a great shortstop, like he's a great second baseman? That's debatable, and it's very likely a no, but the fact you can ask that question about him puts him levels above the likes of, say, Dan Uggla, who has struggled to maintain his 20s greatness in his 30s and could barely play second base even when he was at his defensive peak. 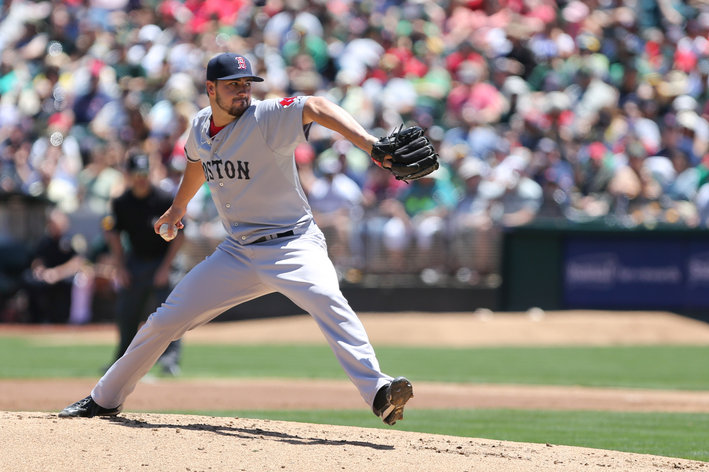 He's made just three appearances, but he's working to prove there's a spot for him in Boston long-term.

Pedroia is a phenomenal defensive player who uses his smarts in the field to extract more value out of the position than he could with athleticism alone. Because of this, his defense will likely age very well even if he slows down. On the offensive side, even if his bat speed begins to decline and he has to move down in the Boston order over the life of the deal, he shouldn't become a complete drag on the club given he's a smart hitter who knows how to adjust, and should, as mentioned, be able to help out defensively. Combine the fact he could still be useful late into the deal with the low price tag, and you can see how this is a contract that should, in theory, work out well for both sides. The worst-case (reasonable, non-emergency) scenario is that he fails to age well and stops being productive about halfway through the extension, but Boston will have the available funds to do something to improve elsewhere due to the price tag.

Off the field itself, Pedroia is valuable as the picture perfect clubhouse leader. While this is tough to quantify exactly, anyone who lived through 2012 and has seen the culture shift in just a year's time is aware that this sort of thing can play a role. Pedroia is the center piece of it all, and with the influx of impressionable youth making their way through the minors and into Boston, having him around to point the newbies in the right direction is important, even if it doesn't show up in the box score. It's not enough on its own to justify an extension, but consider it extra credit on top of everything else that Pedroia does superbly.

All long-term extensions are a risk, just because predicting the future is difficult. The most a team can do is to minimize risk, either by limiting dollars or years, and handing out these kinds of contracts to only those they deem the most worthy. There is no one more worthy than Pedroia on the Red Sox of a long-term deal, and at this price, the goal of minimizing risk has been accomplished, while still making Dustin Pedroia the richest second baseman in history.

Update 7/24: The contract is actually for eight years and $110 million, and begins in 2014 instead, erasing the agreed-upon final year of his current contract. This lowers the average annual value to $13.75 million.