He's made just three appearances, but he's working to prove there's a spot for him in Boston long-term.

Brandon Workman has a 4.40 ERA, and is 0-1 in two major-league starts, both of which the Red Sox lost. However, this is a simple way of looking at what he's managed to do in his short time in the majors, at his third stop on the organizational ladder in 2013.

Workman has had just one bad inning since he came to the Sox during their series with the Mariners a couple of weeks ago. That inning was his first in the majors, in which he allowed three runs and four hits including a homer in what had been a Red Sox 11-1 blowout of the M's to that point. Workman would come back out for the ninth, though, and record a 1-2-3 inning that sandwiched a line out between a pair of punch outs.

Skipping over that first pro inning, in which Workman understandably had some first-time jitters, he's been excellent. He's allowed just four more runs total in 13-1/3 frames, while striking out 11 against three walks. That's a 2.70 ERA and 3.7 strikeout-to-walk ratio, and with one homer allowed. It's not an indication of who he is going forward, by any means, but it's a better explanation of what he has been to this point.

Workman has managed to get through two starts against impressive lineups in an efficient manner, throwing 103 pitches against both the Athletics and Rays while going at least six innings in each. He's been racking up both swinging and looking strikes, avoiding walks, and has managed to work on the inside corners as often as possible. Now, with his command the occasional inconsistencies that arise from it, he's bound to miss a few times now and again and the result will be a protracted plate appearance, an extra walk, or at worst, a very long home run. That sort of thing will even out some of the positive small sample luck he's had to this point, but still, it's hard to be disappointed with what he's managed. 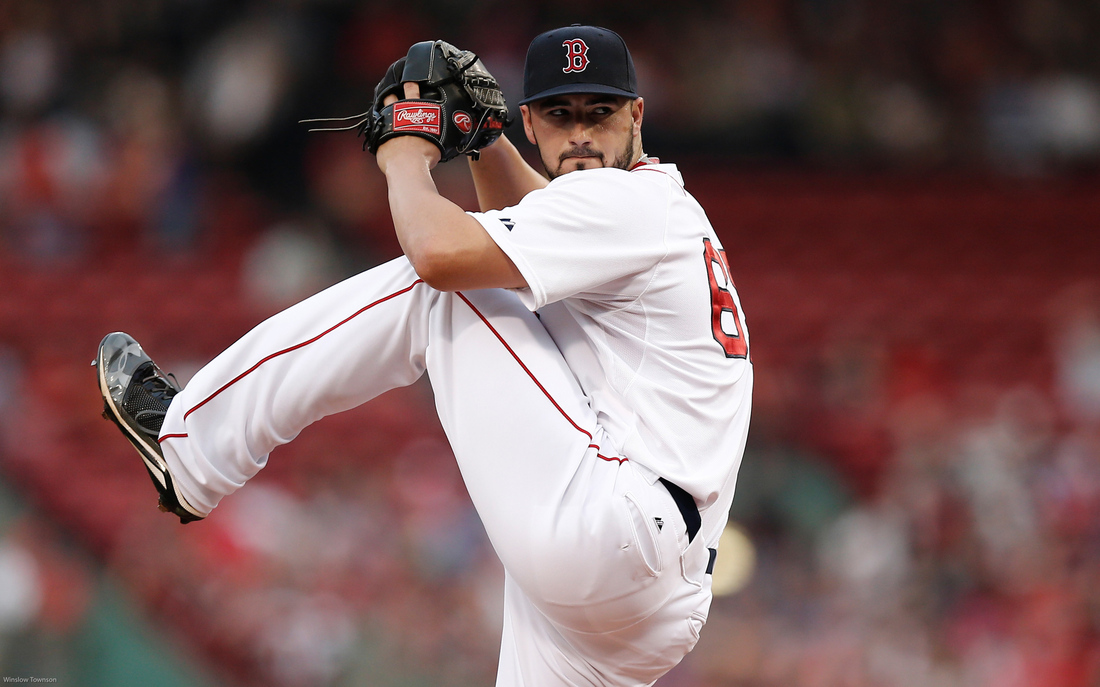 Plus, it looks good for his prospects in maintaining a role with the Red Sox. Workman was a surprise call-up who was called up due to bullpen injuries, but thanks to the absence of Clay Buchholz and the struggles of Allen Webster, he's found himself in the rotation temporarily. Buchholz should be back eventually, however, leaving Workman to either go back to the minors or head to the pen, where he was originally expected to contribute. 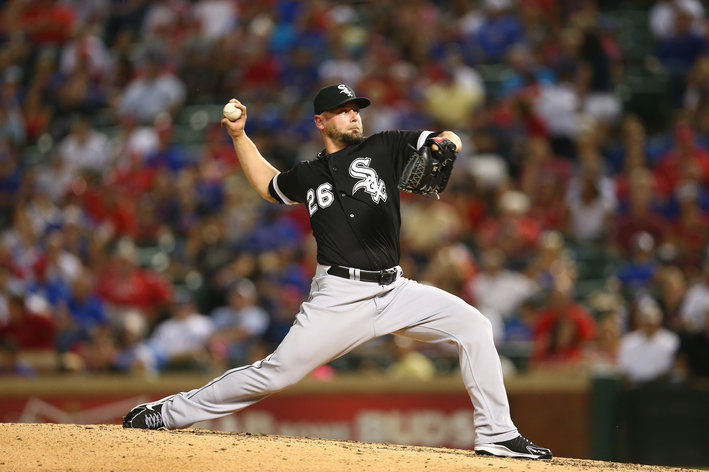 The Red Sox bullpen needs reinforcement and the team should look no further than the Windy City. Again.

His brief success as a starter might cause the Red Sox to leave him in Boston -- he's been efficient, mixing and locating his pitches effectively, and could ramp up the velocity on his fastball in a short-burst role. Workman might be a setup guy in the long run anyway: While he could very well have a future in starting, given where he ranks on the starter depth chart in conjunction with the lack of available slots, it's hard to say he'll definitely be a starting pitcher for the Sox down the road. An arm capable of starting when needed, though, that is an effective bullpen piece otherwise, has value, both now when the bullpen is in flux after losing yet another back-end arm, and in the future, when Workman could conceivably be even more prepared to take on big-league opposition.

Workman hasn't been in the majors long enough to make any definitive statements about what his career holds for the Red Sox. However, in the short time he's been in the bigs, he's at least shown an ability to effectively retire major-league batters when he's on his game. The Red Sox need more arms like that in the bullpen with all the injuries they've had, and Workman very well might have earned himself that opportunity with his work to this point. He already dominated the competition at Double-A, and was effective at Triple-A excepting a single speed bump -- what he has left to learn about pitching in the pros could very well be in the majors, and he just might stick because of it.