With the Dodgers and their wallets out of the bidding, will Miguel Alfredo Gonzalez sign with the Red Sox?

The Red Sox have been scouting Cuban international free agent Miguel Alfredo Gonzalez for much of the summer, but it was assumed that the Dodgers -- who signed Yasiel Puig to a record deal last year -- would end up inking him. That's not the case, though, according to MLB.com's Ken Gurnick, who reports that the Dodgers are not interested in the right-handed starter. 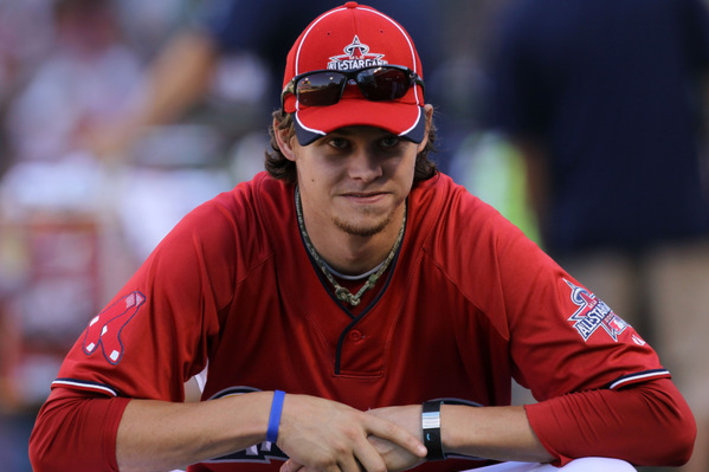 Clay Buchholz has received confirmation from Dr. James Andrews: there's no structural damage to his shoulder, and he can resume throwing.

Gurnick cites the vast resources already devoted to Dodgers' pitching, as well as the money that will be needed to sign Clayton Kershaw to an extension, one that's assumed will match or surpass Justin Verlander's record-setting deal that's essentially an eight-year, $200 million contract with a vesting option for a ninth season. There are also the Dodgers' pitching prospects they already have on board, such as Zach Lee, Chris Reed, and Julio Urias, who is currently just 16 years old but some in the Dodgers' organization believes can be big-league ready by the time he's 18. If Gonzalez were a draft pick, it wouldn't be a concern, but the belief is that he'll cost roughly $60 million to sign -- that's a hefty investment for a team with the Dodgers' commitments.

If this is the case, that leaves the door open for clubs like the Red Sox, who have the resources to get a deal done if they desire. While they are loaded with pitching prospects at the upper levels and will have a full rotation once Clay Buchholz returns from the disabled list, they don't have nearly as much money locked up in the rotation's future, and Jon Lester isn't about to sign a $200 million extension to keep him in town once his deal is up. Roughly $10 million a year for Gonzalez, who could turn out to be an average or better pitcher, isn't asking a lot if you've got deep pockets, as the Sox do.

Boston, or any team, could spend that kind of money on Gonzalez, too, as with his professional experience in Cuba combined with his age (26), he's an actual free agent, and not subject to the international free agent budget -- three years of experience and 23 years old are those minimums. That's what makes him so appealing, in a way: you could whiff on him, and it would cost more than most whiffs, but the price won't be that expensive relative to signing an established major-league free agent who is likely older, and possibly has less upside, too.

That being said, there are those who believe his upside is as a mid-rotation starter -- the Dodgers might very well think even less of him if they're backing out, and if the Sox don't keep in on Gonzalez, or at least not at some of the projected price tags, it's likely they feel the same about his future.