The Red Sox bullpen needs reinforcement and the team should look no further than the Windy City. Again.

The excellent Chad Finn of the Boston Globe wrote a piece yesterday saying, essentially that this Red Sox team deserved a chance to compete, and given the injuries they've suffered, especially in the bullpen, management should get off their duffs and grab some players. For the record Finn didn't say "duffs" or anything close to that. But, even though he avoided mentioning anyone's butt, he's right. This Red Sox team needs help. They've got the best record in the American League, a great run differential, and right now are all beat the heck up.

We don't need to go very far back into the annals of history to find a promising Red Sox team that collapsed after enduring a ridiculous amount of injuries, do we? The truth is, and I continue to believe this, there is some amount of injuries that no team can sustain and still compete for the playoffs. At a certain point all your back-up plans break down.

But this Red Sox team isn't at that point yet. The good news is where they've had injuries other guys have stepped up. Jose Iglesias may be back to being the Jose Iglesias we were expecting coming into this season (or he may not) but even if so those first three months are banked. Daniel Nava is the same way. Yet, despite both those examples, the part of the team that probably needs the most help (with the possible exception of third base) is the bullpen.

Coming into the season the Red Sox were expecting their eighth and ninth innings to be nailed down by Joel Hanrahan and Andrew Bailey. Gone and gone. Long innings were to be taken up by Franklin Morales and Alfredo Aceves. Not so far, and see ya. And throw lefty-killer Andrew Miller and his season-ending foot injury on the pile for good measure. But do it gently. We'd like him back for next season if possible.

Only Koji Uehara, Junichi Tazawa, and Craig Breslow have survived so far. GM Ben Cherington wisely acquired Matt Thornton, so that's something, but good as he, and Pedro Beato, and Drake Britton all looked against the Yankees, they're going to need more.

The good news is this is the perfect time to remedy that situation. Well, actually, it's a terrible time to remedy that situation, but it's less terrible a time than it will be following the July 31st trade deadline's expiration. So that's something. Something else is the Red Sox, maybe unlike previous seasons, have a plethora of minor league talent, redeemable in trades for other players, potentially like relievers!

There are numerous names out there that could help the Red Sox, from Glen Perkins to Bobby Parnell, either of whom would be great to have and either of whom would cost the Red Sox enough in minor league talent to get the resulting OTM post well over 100 furious comments, several of which I'd happily contribute myself. So what's the solution? Besides getting Terry Ryan and/or Sandy Alderson drunk enough that they'd hand over the pitchers and pick up the bar tab to boot?

Not that that's a bad idea, but let's go with this slightly more realistic option anyway: Jesse Crain. 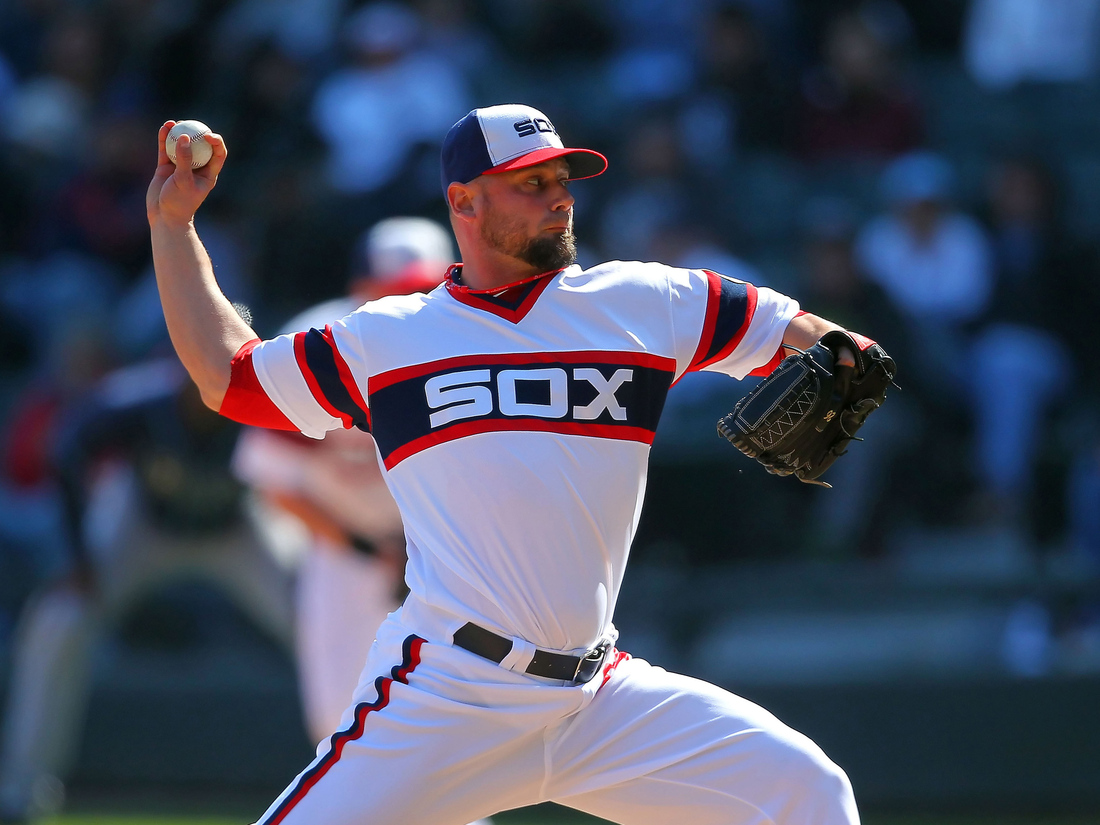 Crain toils for the Chicago White Sox, a team that isn't going anywhere this season as long as you don't consider last place to be anywhere. Crain is on the last season of a three year deal he signed with Chicago that will pay him $4.5 million this season. That means he'd cost the Red Sox roughly $2 million should they add him in the next week. That won't break the bank and it won't mortgage the future as his value isn't super high because he's 31, not 23 and a free agent after this season, not under team control for another five years.

That's not to say Crain will come cheaply either. But we'll go there in a minute. First, it should be pointed out that Crain is striking out 11.29 hitters per nine innings, a high rate to be sure. He's also walking just 2.7 hitters during the same time frame. This isn't entirely out of character either as he struck out roughly similar figure last season, albeit with more walks. For his career he gets lefties and righties at a roughly equally good rate, and this season he's holding down lefties at his normal level while keeping righties to a sub-500 OPS. 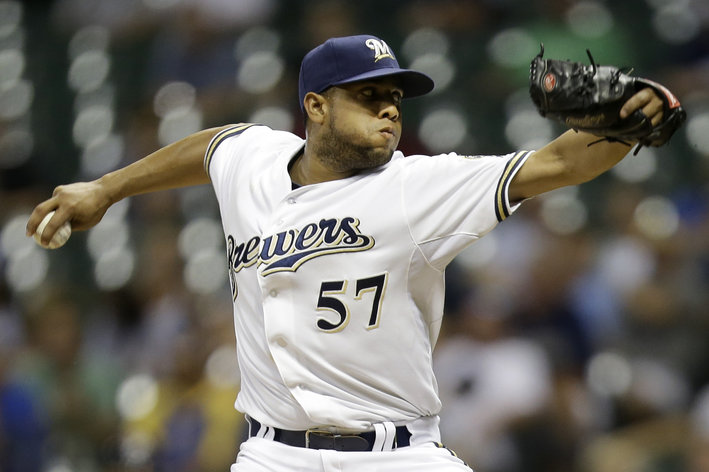 Boston could use another reliable bullpen arm, and he might be waiting in Milwaukee for them.

The Red Sox could really use a guy who gets all kinds of batters out without walking too many guys. Of course that hardly makes them unique, so we're back to how much would it cost. That's the unknowable part, frankly. Three months of a relief pitcher with no draft picks attached shouldn't cost the farm, but then we just saw what Matt Garza fetched from the pitching-desperate Rangers. True, Crain isn't Garza, but it's a nutty market so you never know.

The Red Sox have some minor league talent to burn though (not that they have to burn it, so to speak, but they can) and they have the need at the big league level. Crain fills a huge need at the major league level, hopefully without mortgaging the future too much by gutting the minors. He's not Parnell or Perkins, but he's almost as good, he should cost less, and given the silliness of small sample sizes and relief pitchers in general, he should be just as valuable.