The Red Sox inked a second international prospect on the first day of the signing period.

July 2 kicked off the international free agent signing period, and the Red Sox have been busy in the first few hours. Earlier on Tuesday, they signed third baseman Rafael Devers, and just a few hours later, agreed to a contract with left-handed pitcher Emmanuel DeJesus, according to MLB.com's Jesse Sanchez.

DeJesus is a 6-foot-3, 185 pound southpaw out of Venezuela. He actually hails from the same program as current Red Sox starter and Venezuelan product Felix Doubront, as Baseball America detailed:

At 6-foot-3, 185 pounds, DeJesus has a loose arm and a big frame with a bit more durability than Doubront had at the same age, but his stuff is still a projection. He throws in the mid-to-high 80s and will flash some feel for a curveball and a changeup, but they're inconsistent right now.

He's just 16 years old, so it will be years before we know if those similarities actually result in anything. However, he comes well-regarded: Baseball America had him as a prospect to watch just outside of their top-30, and MLB.com rated DeJesus as the #24 prospect available for this international signing period. 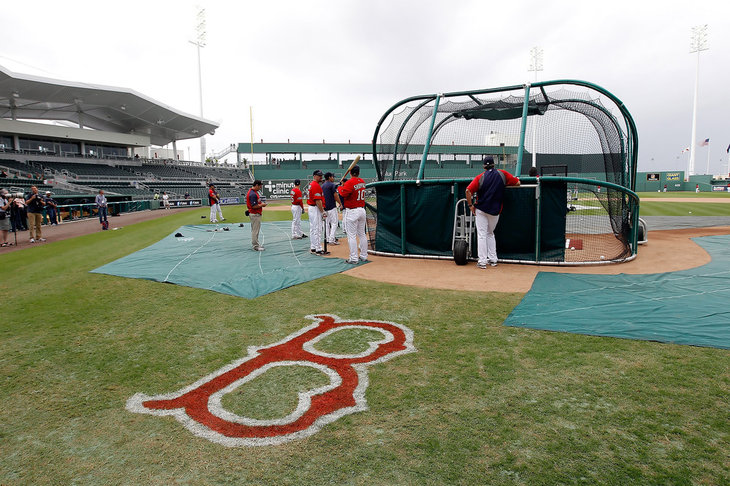 Boston signed the player they've been targeting for months, but still have plenty of money to work with.

MLB.com's report states that DeJesus projects to be a "power arm and starter," but also suggest there's a chance he ends up in the bullpen. That kind of hedging makes a lot of sense, considering we're talking about a 16-year-old -- think of the questions surrounding someone as highly regarded as Boston's first-round draft pick from June, Trey Ball, and then consider that DeJesus is two years and change younger than Ball. That "power arm" part seems a little odd, considering they state he doesn't have an overpowering fastball and excels instead at keeping hitters off-balance with an array of secondary offerings. They do expect his fastball to move up to a 40 on the 20-80 scouting scale, though -- it's currently ranked a 20 at the bottom of the scale -- but that still doesn't quite clear things up, since 40 is below-average.

Still, velocity could come, and he could figure out better movement on the pitch, which he currently uses on the corners. A lot could happen with a 16-year-old, especially once he's under the wing of professional coaches.

DeJesus cost just $780,000, so, combined with Devers' $1.5 million price tag, the Red Sox still have just under $900,000 to spend on international free agents. That's still plenty of money, if spent in the right places -- Xander Bogaerts signed for $510,000 back in 2009, while the aforementioned Doubront, who is currently a major-league starter, came aboard for just $150,000 well before draft budgets were even a thing.

The Red Sox and the international free agent market