Mike Napoli hasn't exactly lived up to the preseason dreams of him putting up impressive power numbers, but there are reasons to believe that can change.

After a long, exhausting negotiation period, the Red Sox and Mike Napoli finally agreed on a one-year contract worth five million dollars as a base salary this winter, with playing time incentives that could boost his salary up to $13 million. Because the entire renegotiation was based upon his having avascular necrosis in both hips, the major worry surrounding his arrival to the team would be whether or not he'd be able to stay healthy all season. Given his last two seasons in Texas, combined with the fact that he seemingly always put up big numbers at Fenway, his expectations were high assuming his health, especially in the power department.

Read More: The Red Sox off-season: A look back

Hitting for power had always been the strength in Napoli's game before signing his contract with Boston this offseason. In the four years prior to 2013, he had posted Isolated Powers of .220, .230, .312, and .241, respectively. The year he really put himself on the map was in 2011, his first with the Rangers, when he had that .312 ISO, which helped him produce a ridiculous .445 wOBA and 177 wRC+. His power numbers dropped to a still-impressive, yet not other-worldly level the next year, which, combined with a drop in batting average in balls in play made him merely a good hitter as opposed to a great one. Still, all of this past success had Boston fans ready to see long home runs and countless Monster-doubles this season. The health hasn't been his problem, but lately the power has been severely lacking. Is it something to worry about though?

The first month of the season was exactly what everyone was expecting, performance-wise. In April, Napoli welcomed himself to Boston by hitting .269/.321/.529, with a .260 ISO, the type everyone was hoping for. In that month, he put four balls over the fence, while adding 13 doubles, and even one triple for good measure. This power was supported by his extreme-fly ball hitting, as just a shade under half of the balls he put in play were fly balls. A batted-ball profile like this was definitely a bit over-the-top, but fly balls are what are typically turned into home runs, and those doubles that crash off the Monster in left are fly balls as well.

Since then, though, Napoli has totally changed who he is at the plate. Somehow, in the month of May he was able to match the season's first month's home run total with four, but looking back, that wasn't sustainable. In the month, he only hit seven doubles, and hit fly balls just 27 percent of the time, but was aided by a 22 percent fly-ball-to-home-run-ratio. It was only a matter of time for that ratio to come down, and we've seen it come to a crashing halt in June. 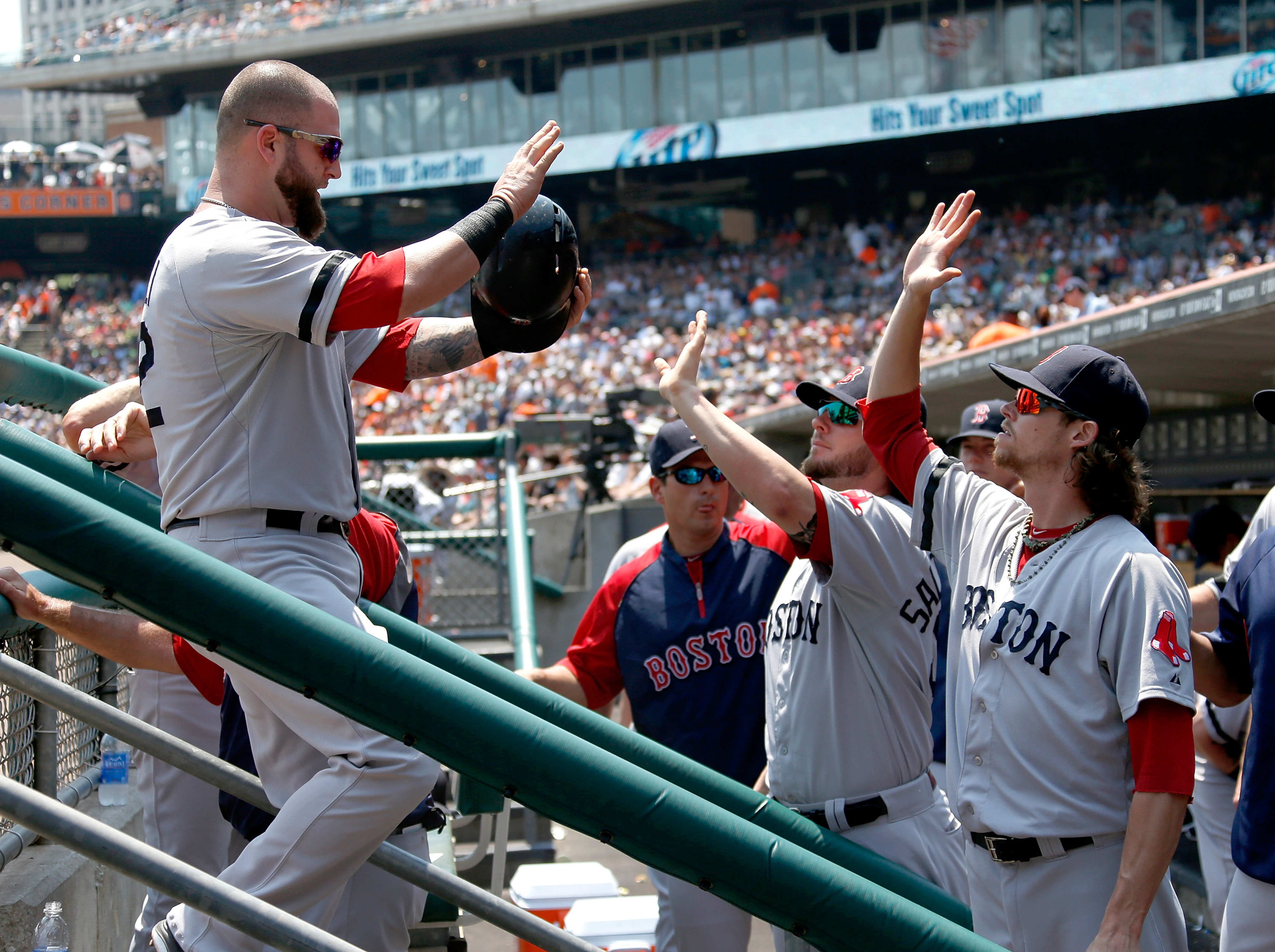 While the team performed extremely well in the difficult month that just passed, Napoli can't say the same. The fly ball rate continued to stay low, rising just a bit to 30 percent, and his HR/FB% predictably dropped, all the way down to six percent. He hit just one home run in the month, and added just one double to that. Those dreams we all had of the new first baseman hitting bombs left and right were dashed this month, and it's been the cause for an awful lot of criticism. The thing is, though, Napoli has still added value this season, even during this power drought, and should continue to be a big part of the offense going forward, just perhaps not in the way we may have expected.

As of today, he has a 110 wRC+, which is only four point lower than what he put up last year, and it's coming off of a month that will likely be his worst of the season. While Napoli's 36 percent fly ball rate is a career low, he is making tremendous contact in 2013, as made evident by his 28 percent line drive rate. To put that number into context, it ranks fourth in all of baseball. This impressive rate of heavy contact has helped him hit to a .378 BABIP, which has boosted all components of his slash line, and his wRC+. At first glance, all of that seems destined for regression, which is true, but that regression doesn't necessarily mean it will sap his value. 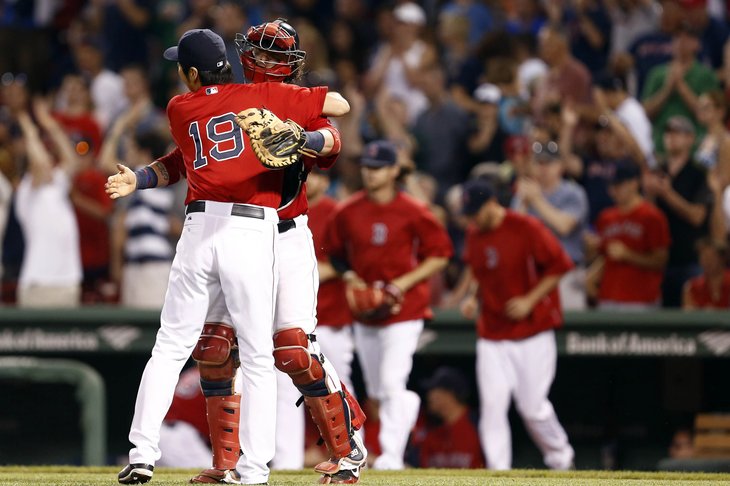 The Red Sox ran a gauntlet in June, and came out the other side looking better than ever.

When we assume regression, we typically assume it to go back towards career norms. In Napoli's case, this would mean that those extra line drives will turn into fly balls. While some of those will surely turn into outs, bringing down his batting average and BABIP, others will still be hit hard, and will find themselves going over the fence, or at least for doubles. So while the batting average will drop, his slugging percentage should receive an uptick. While May's 22 percent HR/FB% was due to drop heavily, June's 6 percent rate should increase back to normal levels in the middle of the last two months' rates. When an increased HR/FB% is met with an increased fly ball rate, the result will be many more home runs.

Coming into the season, we all had our dreams of a potentially-healthy Mike Napoli putting up huge power numbers, especially since he was on a one-year deal and had to prove he was worth a longer-term contract. Instead, his offensive value has been driven by BABIP and line drives. As the season progresses, though, it's reasonable to believe Napoli's power stroke will come back.