Boston is potentially keeping their second baseman in town for a long time.

While Dustin Pedroia is currently under contract through 2015 thanks to team options, the Red Sox and Pedroia are reportedly working on a lucrative extension that would make him the game's highest-paid second baseman, according to Yahoo!'s Jeff Passan.

Well, the highest-paid until Robinson Cano gets his new contract, one that could end up being for 10 years at $200 million or more, but that is exactly why the time is now to extend Pedroia, before that needle moves any further.

Pedroia would reportedly sign a deal for five or six years, at around $20 million per season. As you can see, it doesn't take a ridiculous, decade-spanning deal to become the game's highest-paid at the keystone just yet, and with Boston's resources, that average annual rate is not going to keep them from doing anything else they want to. The roster is, in theory, going to be full of young players on low-salary contracts over the next few years, and while they will also sign free agents to fill out the lineup, it's unlikely that any of them would command the kind of money that would make Pedroia's extension look foolish in retrospect. As owner John Henry said on Thursday, the Red Sox are done with those sorts of deals (meaning the Carl Crawfords and Adrian Gonzalezes of the world), with a certain, Pedroia-shaped exception in mind. 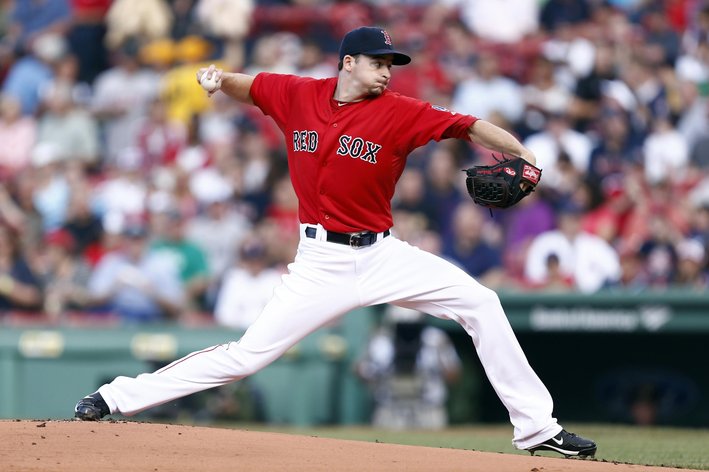 Checking in with the scout and analyst on some of Boston's many, many prospects. 

Pedroia is currently owed $10 million for 2014, and has an $11 million option for 2015. Whether those would be worked into the extension, with Pedroia's salary taking a serious jump in the later years of the deal, is unknown. Either way, it wouldn't matter on a year-to-year basic, as the average annual value of the contract is what matters for luxury tax purposes, and that's the one area of concern the Red Sox could have over the life of any contract. In addition, the luxury tax ceiling climbs every year, so it's not as if in 2019 or what have you that Boston will be dealing with the same limitations payroll-wise.

He's currently hitting .316/.396/.436 despite playing through a torn UCL in his thumb suffered back on Opening Day. He's in his age-29 season, and while second basemen tend to age poorly, Pedroia is essentially a shortstop with an arm for second who has exceptional defense. If his bat speed were ever to go, then there could be issues, but by the time that could realistically happen, $20 million a year won't buy what it used to, anyway.

This is not to say there are no risks in an extension. It's just that, if you had to pick the player that the Red Sox want to keep around for his performance not just on the field, but also in the clubhouse at a time when Boston is going to be overrun by impressionable youth, it would be Pedroia.