Don't worry, it's not 2003, and both of these arms have been assigned to the minors.

The Red Sox have been calling up relievers to the majors left and right, and we mean that in every way you can interpret that phrase to mean. They need to restock the ranks at Triple-A Pawtucket because of the recent flurry of transactions, which has led the Red Sox to sign both Jose Contreras and Brandon Lyon to minor-league deals.

Lyon pitched for the Red Sox in 2003, before he was traded to the Pirates in a July deal that netted Boston Mike Gonzalez, but was returned shortly after in a reworked version of the deal that gave the Sox Jeff Suppan. Lyon would then be dealt in a certain trade you might have heard of that brought Curt Schilling -- and eventually a championship -- to Boston.

Since then, Lyon has bounced around the league with seasons both good and bad. He most recently pitched for the Mets this year, but didn't do so well, posting a 4.98 ERA, sky-high hit rates, and a sub-2 strikeout-to-walk ratio. As he's in Pawtucket, with Boston seeing if they can tinker (or simply to bring in a veteran presence for the kids), that's not a big deal. If Lyon comes up to the majors, it's either because he's managed to find his 2012 form, or because something in Boston has gone horribly, horribly wrong. 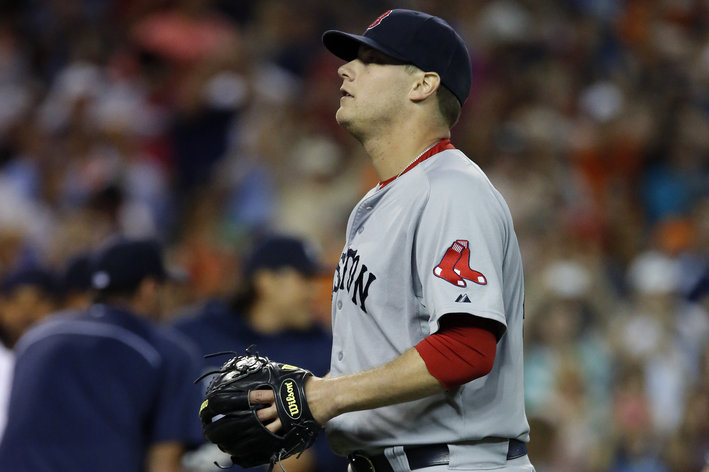 As for Contreras, the Red Sox were chasing after him 10 years ago when he was an international free agent out of Cuba. He's now a reliever, and while he's had some success in the role in the recent past, 2012 was rough, and 2013 has been rougher, leading to his release by the Pirates. There might be more to the Contreras deal than depth, as there's a possibility he's been signed for something other than his abilities to pitch.

Contreras escaped Cuba and came to America over a decade ago, and could very well help an international free agent dealing with a much more recent defection and assimilation with the culture of a new country and people. Boston has their eye on a few different Cuban-born international free agents right now, including Miguel Alfredo Gonzalez, who is expected to sign by next week. I have no inside information suggesting this is the case, but the pieces do conveniently fit, at least in the sense that there is a potential side benefit to having Contreras around in Pawtucket.