The Red Sox might be more interested in Bud Norris than Matt Garza. Does that make sense for a team with as much talent in the minors as Boston?

While a great deal of fuss has been made over the Red Sox targeting Matt Garza at the trade deadline, the Sox may actually be more interested in pitchers like Bud Norris, according to Alex Speier. Writing for WEEI.com Friday, Speier had this to say:

Instead, the team would be more intrigued by the idea of identifying a pitcher with a solid performance track record who would be available for multiple years of control. According to one major league source, a pitcher like Bud Norris - 6-8 with a 3.63 ERA, 6.4 strikeouts per nine innings, 2.8 walks per nine innings, averaging exactly six innings per start - represents the sort of pitcher who, at least in theory, matches up with what the Sox are seeking.

Attentive readers will notice that this is not actually a link between the Red Sox and Norris. In fact, Speier says later that the Sox called, but weren't interested in Norris at the front-line price Houston had put on him (more on that later). But it's an indication of where their priorities lie.

And, frankly, it seems a bit curious.

If there's one thing the Sox have in abundance, it's pitchers who are under team control for the foreseeable future. Let's just go down the list:

And that's only in Triple-A and the majors. If you go down another level you find Anthony Ranaudo and Matt Barnes. Obviously, some of these pitchers will miss. Rarely does a promising ground of starting pitching products produce no flops. But even assuming half of them don't make it--rounding up!--it's still going to be two years before the Sox will need to really dive into the free agent market for starting pitching.

Now, if you add Bud Norris to the mix, then that's three-of-five rotation spots filled already, leaving just about the biggest logjam you'll see behind them. Sure, that lets them wheel and deal their prospects away, but it also means they'll likely be doing so from a position of weakness. 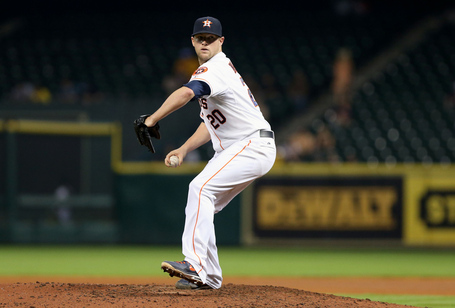 If Norris was an ace, then of course nobody would complain about that. But Norris is not that type of pitcher. As Speier says, he's solid. Good. Not fantastic. Now, at no point will a team ever turn down a Norris type of pitcher, but the question must be asked: at what cost, both in terms of talent, and--this is the important distinction with Norris--in terms of opportunity?

The obvious comparison to make is with Matt Garza, given his prominence in the market right now, so let's take a look at that. 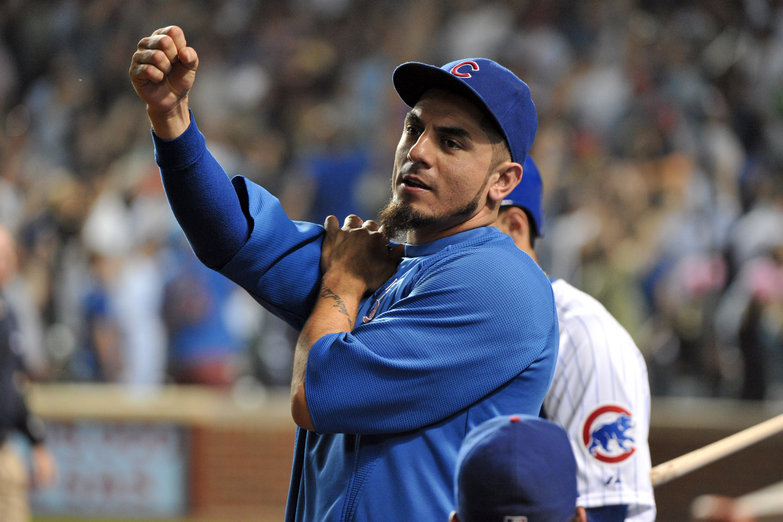 With the deadline still nearly two weeks away, the Cubs are ready to make a deal.

Matt Garza is the more exciting of the two right now. Arguments could be made about level of competition, luck, etc. But let's just say that we're comparing a surface image of Garza--a guy with a 3.17 ERA who seems to be the premier talent available--to that of Norris. This is more a conversation about the merits of a philosophy or strategy than of a particular deal, after all. We don't need to get weighed down in the nitty gritty.

Matt Garza is also probably the cheaper of the two, given the team control that this is all about. The Astros aren't exactly up against the wall and desperate, the Cubs are. If they don't deal Garza now, they'll have to take their draft pick and move on. Certainly there's enough of a market to make sure they get a good return, but they aren't in a position to say "blow us away, or hit the road."

So why, in a year where they are currently leading the American League, would the Red Sox go with the lesser option for the greater price, when the only reward is future service time? Why would they care about team control when said team control blocks out their own pitching prospects--some of whom have higher ceilings--and could push them into less-than-favorable trades for, if not dimes, then at least quarters on the dollar.

Simply put, Bud Norris' 2014 and 2015 seasons don't hold all that much value for Boston given the current state of the organization. Sacrificing quality in 2013 for what amounts to redundancy in the years to come just doesn't make a whole lot of sense.