Checking in with the scout and analyst on some of Boston's many, many prospects.

You know all about Red Sox prospects like Xander Bogaerts and Jackie Bradley Jr. already, so we turned to prospect analyst and scout Jason Parks for answers to questions about the others on the farm. Parks, who heads up the prospect division for Baseball Prospectus, answered our questions about some of the low-minors players that you hear less about, as well as the progress of Jose Iglesias, and the impending trade deadline.

Over the Monster: Anthony Ranaudo fell off the prospect radar a bit in 2012 thanks to injuries and ineffectiveness, but is now pitching the best pro baseball of his career. How much has he jumped up the Sox' rankings for you, and does his future look any different for you today than it did back in the spring?

Jason Parks: I think fans soured on Ranaudo a lot more than scouts, as he was always an impact arm when he was able to stay on the field. Obviously that hasn't been the case so far in his career, but now that he has been able to find health, its not a shock to see him also finding results. I'm not sold he holds the same ceiling he had coming into pro ball, mostly because of his delivery and the look hitters get at his offerings. I think his two-pitch mix can be very effective, and the CH has a chance to offer more than just a tumble from a very steep release, but major league bats are going to be able to track his stuff from that release point, so he will need to maintain his arm speed in order to encourage deception and he will need to hit his spots early and often in counts. He could end up a mid-rotation arm if he can stay healthy and continue to refine the command.

OTM: Henry Owens added bulk and velocity to his lanky frame this winter, and it seems to be paying off after three months at High-A. You projected him as a future mid-rotation arm in your pre-2013 Red Sox rankings: has he been able to improve on his weaknesses enough to nudge that higher in your mind?

JP: I recently saw a start and I didn't see a lot of bulk; extremely lanky. I think my projection was a bit high, but I guess a mid-rotation future is still possible. Right now I'm pegging him as a number four type. He has height/length you can't teach, but it can also work against him when he struggles to get over the ball and the delivery and finish his pitches. His stride length was unimpressive and he didn't create the type of steep plane to the plate you would expect, which nullified his height advantage a bit. His fastball arrived soft in the 89-92 range, touching 93 a few times but lacking big movement or punch. The command was off, which didn't help him establish the pitch. 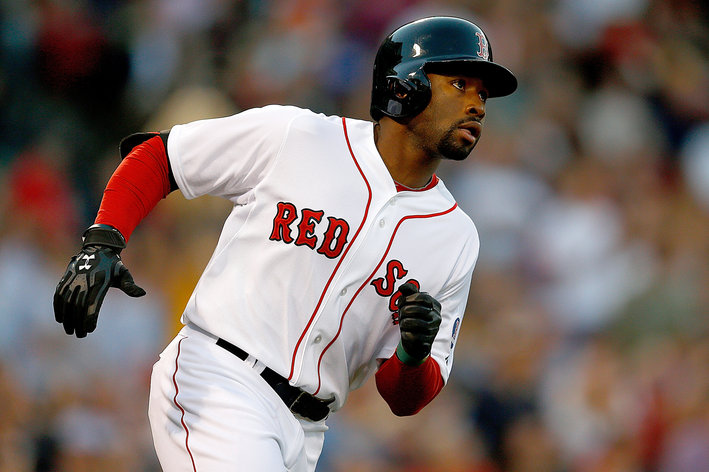 The changeup was the best secondary pitch; excellent arm speed and some sink. I'd put a plus future grade on the offering. The curveball was poor early on but improved as the game continued. I thought it was too loose and lacked bite, but the shape improved throughout and was eventually flashing around an average grade. He had a tendency to cast the pitch or just flip it out of his hands, which caused the ball to float and lose any late bite. I wasn't impressed with it like I expected to be. In the report I will have coming up at Baseball Prospectus, I put a 5/6 on the FB; 5/6 on the CH; 4/5 on the CB; and 4 on the command. As mentioned, he's a number four for me if everything holds steady. I was expecting a lot more.

OTM: Allen Webster didn't qualify for your mid-season top-50, as he was in the majors at the time you compiled the list. Has his brief major-league time worried you at all, or does the 23-year-old's performance in his first Triple-A stint make up for that?

JP: I'm a fan. He has feel for pitching and quality stuff. He might be a better short-burst arm, but I don't think he HAS to be in that box. He isn't a finished product and I think a back-end rotation future is possible if not likely. I'm a fan, but I'm not a blind fan. I'm not sold he is an impact starter.

OTM: Mookie Betts started out slow, but then had 28 extra-base hits between May and June, pushing the 20-year-old's OPS over 900 for the year. Is this starting to look like a real breakout year for the second baseman, or is this just another low-level false start that won't hold up higher up the organizational ladder?

JP: Betts can play baseball. He's a fast-twitch athlete that brings it into game action. I put eyes on him in Salem, and he can go get it at second base, with good feel for fielding and above-average range. The bat has some flaws, and its not going to be a power bat at any level. But he can stick it, showing the ability to square velocity and use the entire field, which puts his speed into play and adds dimension to his game. I need more looks, but he's a prospect. Is he a first-division type? I don't think so. But he has some skills. 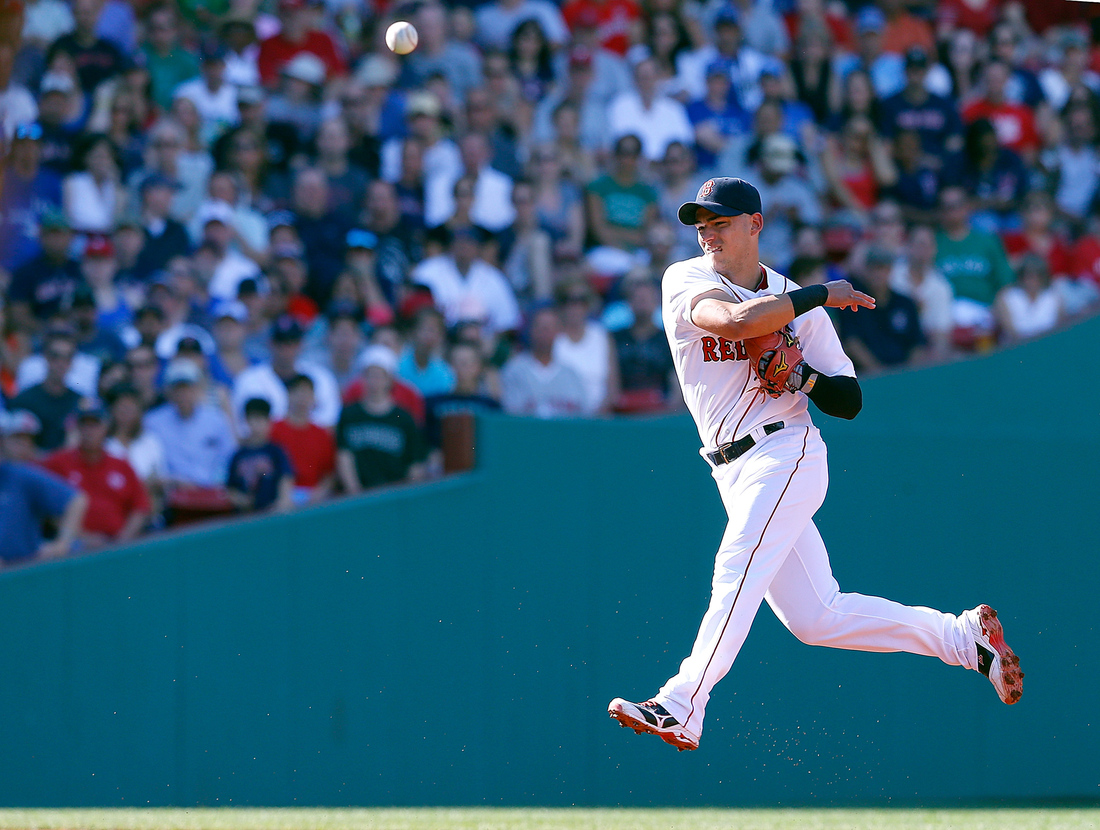 OTM: As a Rangers' fan, prospect analyst, and Elvis Andrus aficionado, you're uniquely qualified for this question. Jose Iglesias obviously isn't going to hit .400 or close to that all year long, but have you seen anything in his major-league performance that suggests he'll be able to contribute enough at the plate going forward to keep that excellent glove in the field?

JP: Iglesias was rushed from the beginning, and the expectations created by his elite glove put a lot of pressure on his bat to stand alongside that profile. He wasn't ready for advanced pitching when he signed, but he has slowly improved and I think the results are legit. Will he be a .300 hitter at the highest level? I don't see that kind of success and sustainability, but his hands are very good and he can put the ball in play. I think he's a down-the-lineup stick that has more than enough value with the glove to justify his role on the team, regardless if he hits .240 or .270. I'm encouraged. He's a talented player. He could be better than I'm giving him credit for. He has shown the ability to make adjustments, and that's the key to success at the major league level.

OTM: You've been a Brandon Workman fan in the past, and he's pushed his way to Triple-A. Are you still his biggest non-Sox fan out there? What do you see for him in the next few years?

JP: I still see a major league reliever, most likely a 7th inning type. Perhaps he's a number five, but I think he would benefit from the stuff playing up in bursts.

OTM: Let's say you're the Red Sox GM, and it's trade deadline time. Slap an untouchable tag on a few prospects for us. Conversely, which ones would you be looking to trade, i.e., prospects whose performance you expect to fall off, but could bring in value now? 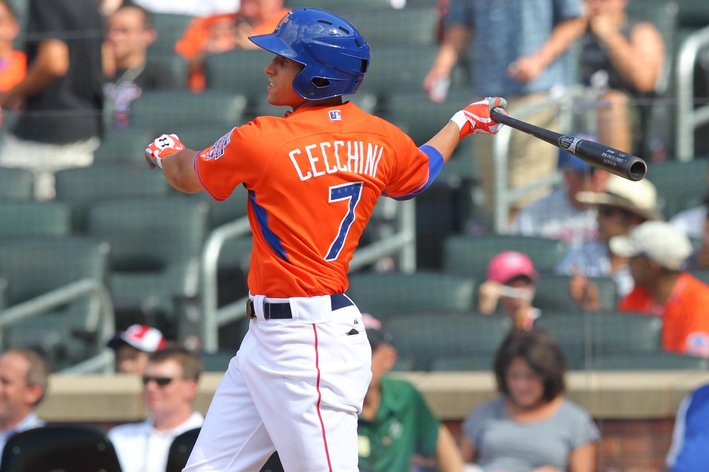 You'll be able to guess a few of them, but there some major surprises as well.

JP: Bogaerts is untouchable, and several others players are unlikely to be on the table because of their ceiling (Swihart, Owens) where others could be good candidates to sell high like Cecchini or Barnes. The sleeper for me is Christian Vazquez. I'm not ready to go nuts on his offensive ceiling because I think it's limited. But some in the industry really adore his defensive promise, and those are the kind of players that can bite an org in the ass if they move them just because the bat isn't where it needs to be in the upper minors. This could be a delayed offensive maturation process, and as I mentioned, some are so high on his defensive potential at the highest level that he could be a legit talent in the coming years even if the bat isn't all that sexy. Check back in a few years and I wouldn't be surprised if Vazquez is a much better major league player than he was a minor league prospect.