Red Sox are plentiful on John Sickels' mid-season top-75 prospects list, coming in second only to the Astros with six representatives, including a second-place Xander Bogaerts.

We'll start with Mr. Bogaerts up top, where Sickels only muses that nobody really cares about the slow start now. And while he's certainly right that nobody is taking points off for an Arpil which saw Bogaerts produce an OPS of "only" .791, it's perhaps worth noting how positive the signs were from the very beginning. Because while Bogaerts wouldn't go deep until May, what was really noteworthy from Xander in that opening month was the improved plate discipline, which has stuck around and made the transition from Double-A to Triple-A without too much trouble.

Simply put, Xander has gone from a guy with the ability to hit the ball hard and often, to a complete player at the plate. It's one of those things that never had to happen, but now that it has, it's provided the final piece to the puzzle that has Xander just one step away from both that coveted top spot, and a place with the Red Sox that will make him ineligible for it.

Moving down the list to number 20, Jackie Bradley Jr. makes his expected appearance, a full 25 spots higher than his previous ranking. It's just a reminder that, for all that he wasn't able to seamlessly transition from Double-A to the majors in April, Bradley has had ridiculous success in his first exposure to Triple-A pitching, and seems just about ready to take over for Jacoby Ellsbury. I'm not sure I agree with Sickels' sentiment that Bradley will be ineligible for the next list--so long as Shane Victorino and Jacoby Ellsbury stay healthy, there's not going to be that much incentive for the Sox to give him significant playing time while the playoff race is close--but his time is certainly nigh.

Boston's third prospect comes in ten spots later, and is one of the biggest risers of the bunch. Making the jump all the way from 117 is Garin Cecchini, who Sickels laments he almost had on the "fringes of top-50" at the beginning of the year before letting himself get talked down. Cecchini has responded to his lack of faith by producing one of the more impressive offensive seasons this system has ever seen. As Sickels says "he kicks ass." 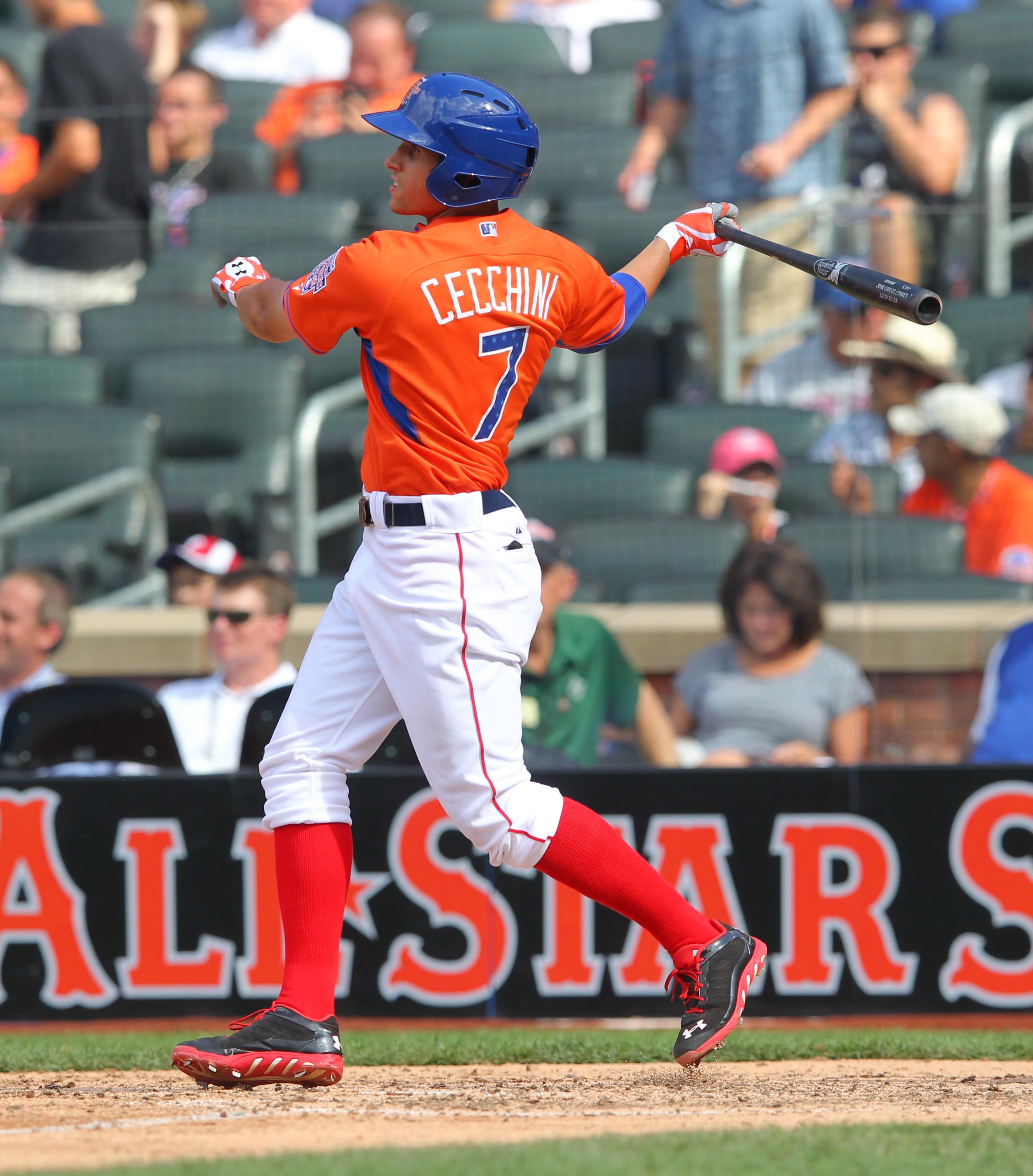 The other big riser is Anthony Ranaudo, though he is more rebounding than anything else. Coming in at 54 after going unranked on the last list, Sickels is willing to trust that Ranaudo still has it after a strong first half in Double-A, though he still worries that "his arm will fall off someday." I think we all do, John. I think we all do.

Five spots behind Ranaudo at #59 is Allen Webster who, encouragingly enough, has "taken some command steps forward in Triple-A." Obviously we haven't seen much of that in his major league appearances--something Sickels acknowledges--but knowing that there's been progress is actually very encouraging indeed. His stuff is so overwhelmingly good that, so long as he's moving forward and not standing still, there's every reason to expect some big things from him down the line.

Finally there's Henry Owens at #63. Sickels calls it a "breakout season" for Owens, and it kind of is, but those who paid attention to how he got all those earned runs last year will not have been too surprised to see him succeed in 2013. And, to Sickels' credit, Owens was ranked at the beginning of the season, albeit at #137.

With six prospects on the top-75, Boston is second only to the Astros, who you would really kind of expect to be all over a list like this. After Boston's six prospects the Cardinals and Twins come in with four a piece, and no other American League East team has so much as a third. Yes, that includes the always-stocked Rays. The present has been great to us this season, and somehow, the future seems even brighter.