If Boston decides to go all-in on Garza, they've got more pieces than anyone else who hopes to get him.

It's hard to know just where the Red Sox stand with trade talks for Cubs' starter Matt Garza, but Jon Heyman of CBS Sports reports that they would be a "major threat" to other interested clubs should they decide Garza is necessary in their rotation. The Cubs are looking for multiple prospects in exchange for Garza, and while Boston is reluctant to deal many of their top players on the farm, the system is so deep that a deal could absolutely be worked out should they decide to fully invest themselves in the idea of Matt Garza: Red Sox pitcher.

A lot of it comes down to the health of Clay Buchholz:

A Boston-connected person, asked if they are in the derby, said "not as of yet." The suggestion is that perhaps their commitment to the fray may depend on the health of Clay Buchholz, the star starter with a neck issue who had his throwing session pushed back until Thursday.

While the Red Sox understandably don't want to deal the likes of Xander Bogaerts, Jackie Bradley Jr. Garin Cecchini, and more, the state of their roster means that a deal that sheds prospects and brings back Garza wouldn't be a bad thing for the future. Boston has multiple prospects like Bryce Brentz, Anthony Ranaudo, Michael Almanzar, and Chris Hernandez who need to be added to the 40-man roster before the November deadline in order to shield them from the Rule 5 draft. While the Cubs might not be interested in all of them, a deal centering around Ranaudo, who was drafted when the Cubs' Theo Epstein was still the general manager of the Red Sox, might intrigue Chicago, and help Boston answer some of their questions about just who gets to remain in a starting role among their bevy of pitching prospects in the upper levels. If Drake Britton, who is already on the 40-man and was another Epstein-era arm, needs to be added to the deal, that also alleviates some of Boston's crunch considering 2014 is his final option year. 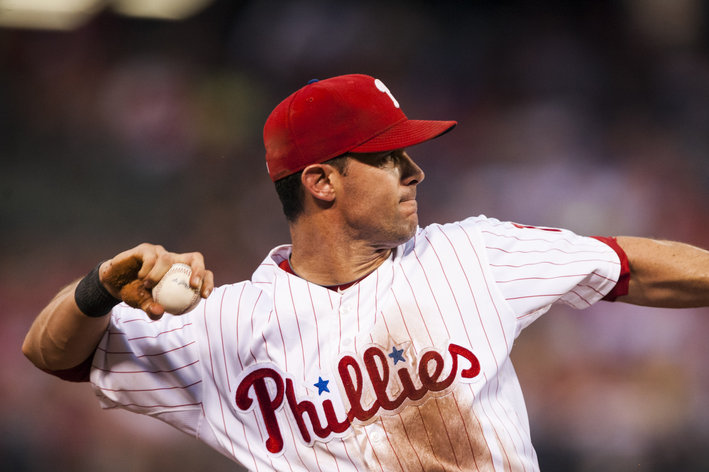 The Red Sox might need some help at third base in the near future, and are keeping an eye on the current Phillies' third baseman.

Again, whether Boston needs Garza or not comes down to the health of Clay Buchholz, as there isn't anyone in the rotation to demote at the moment: Felix Doubront would have been the easy answer a couple of months back, but he's been one of the better arms the Sox are throwing out there every five days since Boston focused on fixing his mechanics in bullpen sessions.

A high-end prospect or prospects might seem like a high price for Garza even with Boston's impending roster crunch and a lack of places to store all the starting pitching prospects they have in the high minors, but if the rumors about the Cubs' initiating what is essentially a sign-and-trade with Garza turn out to be true or something the Sox are interested in, then it becomes much easier to deal with. After all, the Red Sox would then have an arm guaranteed to be in their rotation alongside Clay Buchholz and Felix Doubront in the future, and would have just slightly less of a need to dream on all of their starting pitching. Giving up too many starting pitching prospects is a bad thing, of course, but the Red Sox certainly have room to deal from their surplus if they're getting an established major-league arm back under contract, rather than as a rental.