The Red Sox might be out on Matt Garza, but another Cubs pitcher deserves a look.

The Red Sox are in first place in the American League East as we leave the All-Star Game behind and approach the trade deadline. This returns them to their accustomed position as buyers after a weird ride-the-fence situation heading into the last deadline gave way to the greatest fire sale a team has ever pulled off. With their return to the buyer side of the market, we are currently getting the usual mix of wild speculation, semi-credible reports and the occasional honest-to-god deal. It is at this time that we hear at Over the Monster take to the bully pulpit of our site and make our cases for certain players. I am certain Ben Cherington is monitoring these pages closely.

The Red Sox obvious need is pitching. The team is first in all of baseball in runs scored, OBP and wOBA and second in wRC+. Even with Stephen Drew missing time at short forcing Brandon Snyder and Brock Holt into regular service at third base, the Red Sox offense is probably going to be something more that just alright, but pitching is a different story. Overall, Red Sox pitching has been a picture of mediocrity; the team ranks 15th in baseball in ERA (7th in the AL), 21st in FIP (8th in the AL) and 14th in xFIP (6th in the AL). Ben made a good case that Ervin Santana might be the solution, but I want to go in a different direction.

Both pitchers have fairly low inning counts which might be a concern. Pitcher A is clearly better in his results, but his advantage in peripherals is razor thin, basically coming down to a slightly better walk rate and a good deal more ground balls. The ERA estimators see a real difference, but it isn't massive.

Pitcher A is Matt Garza, the man practically every Red Sox fans wants to see on the mound in Boston this fall. Pitcher B is his teammate, Carlos Villanueva, who is a also a person who plays baseball. While Garza is definitely the greater talent, Villanueva might be the better fit for this Red Sox team.

The biggest thing that Villanueva offers that Garza and Santana don't is versatility. While Garza has been limited to 174 innings in the past two seasons by injuries, Villanueva inning total is low because he has pitched as both a starter and as a reliever. This season he has appeared in 26 games, starting in 10 of them. He returned to the rotation at the start of July, making two starts for 10 innings with three runs allowed on seven hits and three walks while striking out nine. He has a 3.06 ERA with a 3.2 K/BB rate as a reliever and a 3.73 ERA with a 2.7 K/BB rate as a starter . These aren't eye popping numbers but they would be upgrades for Boston in either role; Red Sox starters right now are averaging a 3.82 ERA with a 3.0 K/BB rate and the relievers are average a 4.10 ERA with a 2.7 K/BB rate. 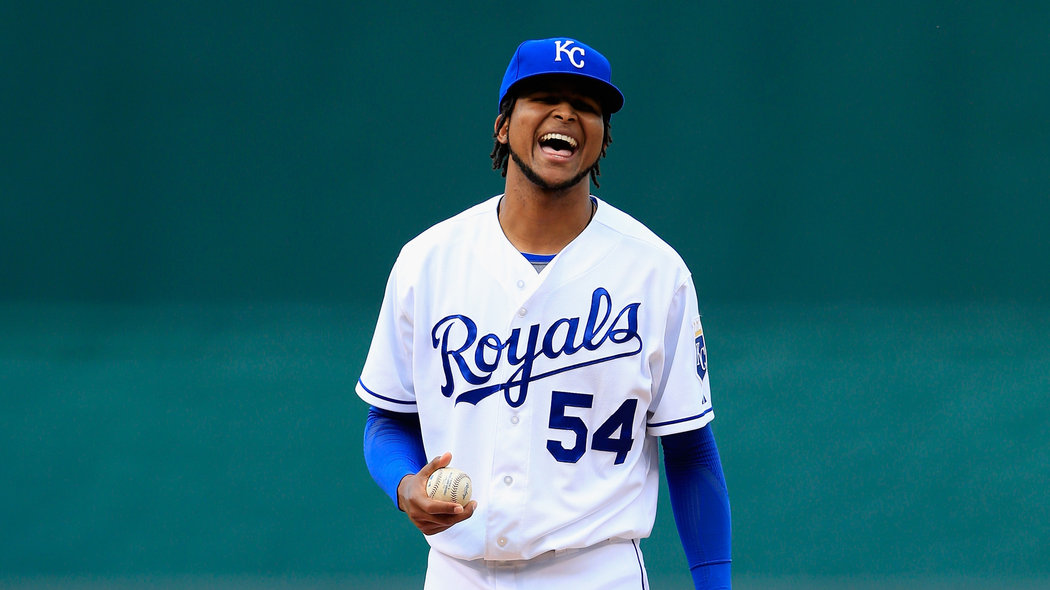 Deciding whether or not the Red Sox need more help in the rotation or in the bullpen is not easy. At the start of the season, the rotation looked like a major strength. Since then, Lester has faltered and Buchholz has landed on the DL. Dempster can be counted on to take the ball every fifth day, but where he will throw it is anybody's guess. Doubront has been good, but he is still struggling with inefficiency. Kids like Workman and Webster aren't ready to fill in full time if Buchholz needs more time or if another arm goes down after his return. Villanueva could slot to the rotation right now and give it an upgrade and if everything goes perfectly with the those arms in the rotation down the stretch, the Red Sox can bump him to the bullpen without much thought or controversy.

And the bullpen could use Villanueva as much as the rotation, if not more. With Matt Thornton around to get lefties out in place of Andrew Miller, Villanueva would fill in the void left by Franklin Morales to give manager John Farrell an option for long relief on those days when Doubront throws 100+ pitches in four innings or Dempster can't find the plate with the help of Google Maps. He has the ability to strike guys out and he rarely kills himself with the walk, something that couldn't be said of the other long men options, Aflredo Aceves and Morales this year. He doesn't exhibit huge splits either, so his use is less complicated by platoons than many other relievers.

This swing man role isn't particularly sexy and grabbing Villanueva certainly wouldn't make the same splash as landing Garza, but filling this need would be a smart strategy for Cherington. Villanueva isn't going to draw as much interest as more established starters like Santana and Garza and he isn't the type of high-leverage reliever that teams overbid for at the deadline like Jesse Crain. His price should be manageable and his deal (two years/$10M) ends after the 2014 season, so he is more than a mere rental. The fact that Cubs' GM Jed Hoyer and President Theo Epstein have more knowledge on our players than they do on guys in other systems also plays to our advantage. The cost can always get out of control, but with Villanueva, it is unlikely that it will take much more than a the Thornton deal did.