You can never have enough pitching.

It's an adage that proves true time and again. Just ask the Dodgers, who started the season with so many starters they sought out trade partners, and now have run through no fewer than ten starting pitchers thanks to injury after injury after injury.

The Red Sox are not quite at ten yet, but they are at nine--a number which speaks ill of their ability to find a consistent, reliable rotation. Somehow, though, Boston's starting pitchers have produced the second best ERA in the American League despite playing half their games in Fenway Park. Now, with Brandon Workman having thrown so well on Sunday, Clay Buchholz on the way back, and Jon Lester finally finding some level of success in two of his last three starts,it may seem like the Sox have no need for help.

But still, that old adage...

Whatever the reason, it feels like this team needs another starter, and with the Red Sox apparently out on Matt Garza, it seems like Ervin Santana might just be the best option to fill that need. 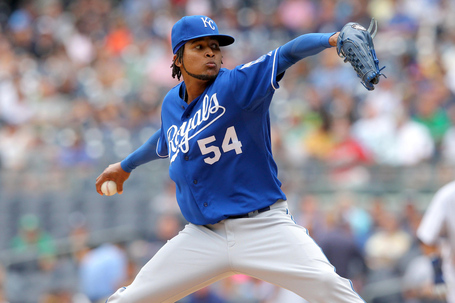 If you have a visceral, negative reaction to that suggestion, it's understandable. Ervin Santana does not immediately stand out as a highly desirable pitcher in most of our mind. Three years ago, he was a flyball-heavy guy surviving in a division largely without offense. Last year he was even a bit of a wreck, posting a 5.16 ERA in 178 innings for the Angels.

The difference with Santana, simply put, is his fastball. It's never going to be a top offering, but this year he's shown the ability to throw it without being punished dramatically, allowing his overwhelming slider to shine and carry him as far as he's gone. A good slider, for what it's worth, seems to go really far even in the AL East. 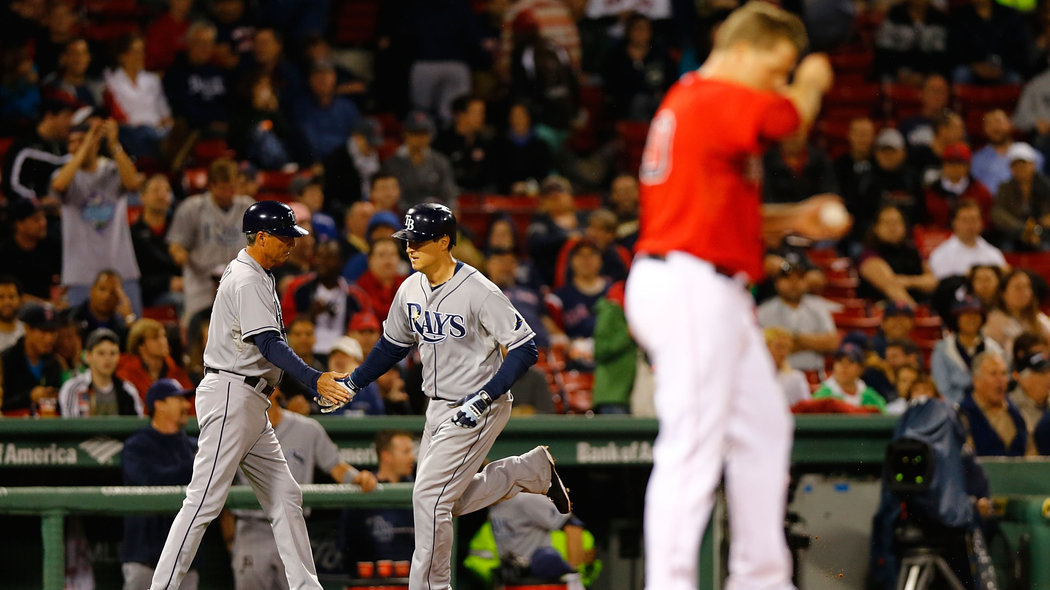 Matt Thornton is in, so that's one down.

What Ervin Santana is not is a sure thing. He's a volatile sort, and if he loses that feel for his fastball, thinks could go terribly wrong. That being said, though, Santana would basically act as another bullet in the chamber, one meant to keep a guy like Workman as the depth he should be, rather than a potentially integral part of the plans for the rotation down the stretch.

Still, there are two major impediments to any deal for Santana:

As much as it's impossible to have too much pitching, it is possible to have too little space for it all. If the Red Sox were to add Ervin Santana, they would have six starting pitchers who have to stick on the 25-man roster: Clay Buchholz, Jon Lester, Felix Doubront, Ryan Dempster, John Lackey, and Santana himself. Technically the Sox could still option Clay Buchholz to Triple-A assuming that whole "gentleman's agreement" on optional assignment waivers is in effect, but if that thought crosses anyone's mind as a serious option, well, you're doing it wrong.

Still, the Sox have shown a willingness to consider adding a starting pitcher, which means they must be willing to take the steps necessary to fit one in. That could mean sending Jon Lester to the disabled list if he doesn't turn these positive signs into an actual new leaf. That could mean asking Ryan Dempster to reprise the bullpen role he once held in Chicago, serviceable though he's been as a major leaguer. That could even mean a six-man rotation, however much of a headache it is to even say those words these days.

Whatever the case, though, there is a way to add a starting pitcher to the roster, increasing the team's overall depth at the position.

This is the one that could really put a stop to everything immediately. The Royals are sitting at 43-49, their ill-advised attempt to make a contender out of a 72-90 team by trading away their future having flopped in a manner as unsurprising as it is hilarious. Realistically, even if they're just eight games back, they should be approaching this deadline as a bad team outclassed by the Indians and Tigers (not to mention the best of the East and West), hoping to recoup some of their incredible losses.

The thing is, the Royals rarely act as they should. Dayton Moore is the Ruben Amaro Jr. of the American League--well, Amaro is actually the Moore of the National League, but that's splitting hairs. The point is that if you take a team already inclined to do weird, silly things and then dangle the fact that a playoff run might be the only thing that can save Dayton Moore's job, and, well, you get a complete and total wild card. Sure, there are people over his head who can force a sale, but all he needs to be able to do is sell the whole "eight games back" thing to an ownership group which has, so far, been remarkably receptive to his awful ideas.

Even if the Royals do decide to sell, they will likely be expecting a decent haul. And if the asking price is as high as Garza, well, the Sox would do well to step back from this half-year rental. At the moment, though, there's no real indication of what would get the deal done, because the Royals have largely gone quiet. If the Red Sox can perhaps tempt them with some of their surplus of Triple-A talent while still holding on to the truly special prospects, than there might be a deal to be reached here. Especially if Dayton Moore thinks he can sell ownership a story about competing in 2014, with Shields still on board.