The Red Sox and Alfredo Aceves seem ready to bring an end to a lengthy, tumultuous relationship.

The brevity of Alfredo Aceves' most recent appearance with the Red Sox came as some surprise. First, the in-game appreance length of just 0.2 innings in a game where, with Allen Webster self-destructing, the Sox could ill afford to waste a long reliever. Then his sudden return trip to Pawtucket which should not have been necessary given how little he had thrown against the Mariners.

Now it sounds like there was indeed more to the story, and that the already fractious relationship between the team and the erratic reliever may well have reached, and even passed the breaking point. The reason, as outlined by John Farrell, was simple. 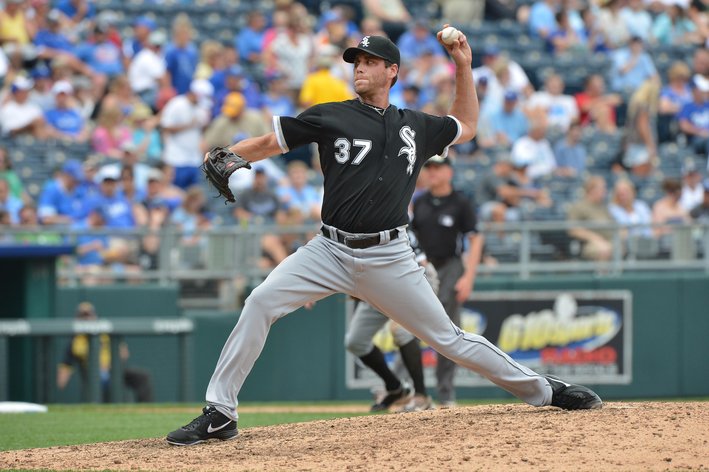 And now that Brandon Workman has had some success, why should the Red Sox even want Aceves?

For the moment, Aceves is still part of the team. But if he's not willing to take the mound, and the Red Sox aren't interested in listening to him, what chance is there that he's really a factor ever again? This seems like a gap that will not soon be bridged. That last lingering element of 2012's dysfunction seems likely to be on the way out in a hurry.