Thornton, 36, will try to fill the void left by Andrew Miller, who suffered a season-ending foot injury on July 6th. Thornton hasn't been great for the White Sox in 28 innings this year, holding a 3.86 ERA with somewhat worse peripherals, but he has a long history as a serviceable bullpen arm and should serve to keep innings away from some of the guys who really belong in Triple-A. 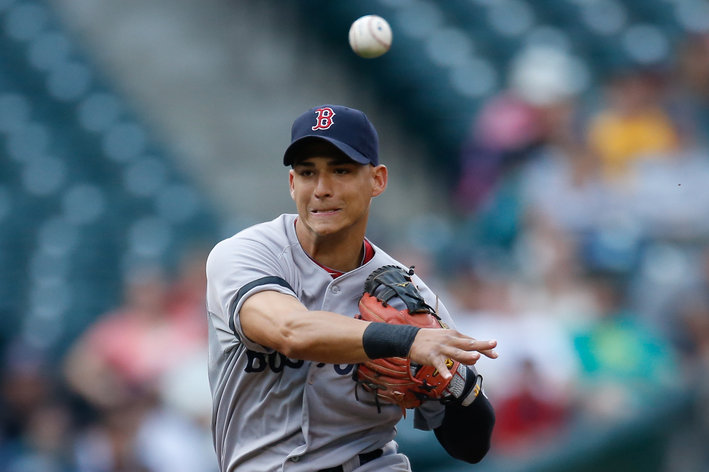 With all of the controversy surrounding Yasiel Puig's All Star case, some Red Sox fans have called for Jose Iglesias to get equal consideration. That's unfair to Iglesias. 

The big part of this is that the Red Sox surrendered relatively little in the deal. While there was some implication Thornton would come at a high price, Brandon Jacobs is not much of a hit to take. While he was an interesting prospect when first signed for $750,000 back in 2009, his performances since 2011 have left something to be desired. The prolific strikeout pace has caught up to him, and a resurgence in June was powered more by BABIP than anything else. Jacobs is certainly a toolsy prospect, but there's a long list of toolsy prospects who have amounted to very little in the history of the game.

All-in-all, this seems like the right deal for bullpen help. The Sox get a warm body--one who can provide decent innings and possibly even more if his decline is more of a slump. The White Sox get something back--albeit a lottery ticket prospect--for a left-handed reliever who is not really in the conversation for the best name on the market.