Justice has been served: Garin Cecchini will join Anthony Ranaudo on the U.S. Futures team as an injury replacement.

The voting effort of Boston fans may have fallen short, but somehow, in the end, justice has prevailed in the Futures Game. Sort of. Garin Cecchini will take the place of Joey Gallo on the U.S. team as an injury replacement, giving him an honor he's more than earned. 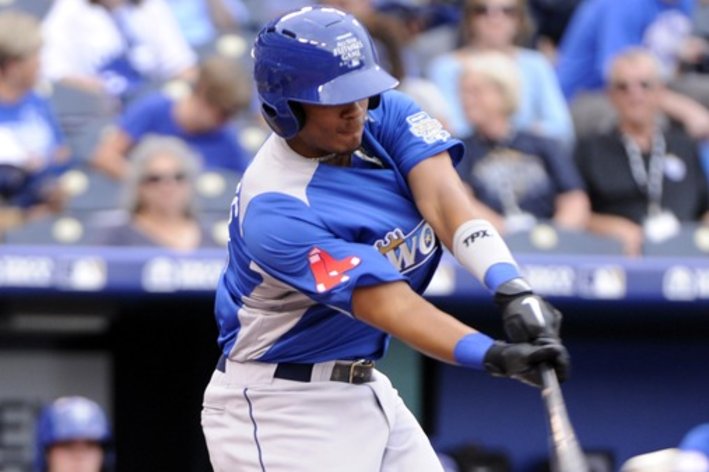 You'll get the chance to see a pair of Red Sox prospects on national television in just a few weeks. 

Really, it shouldn't take even a second look at Garin Cecchini's numbers to show how deserving he is of, effectively, an All-Star spot. In 279 at bats between High-A Salem and Double-A Portland, Cecchini has hit no less than .358/.474/.545. Never mind that his numbers in the High-A Carolina League were separated by nearly 100 points from the third best hitter in the league, or by about 300 points from the average hitter. Never mind that Cecchini has actually been better in 18 Double-A games. That triple-slash alone, regardless of context, should be proof enough that he is deserving.

ESPN2 will air the Futures Game at 2 P.M. EST on Sunday, July 14, with Anthony Ranaudo joining Garin Cecchini as Boston's contingency on the US squad, facing off against Xander Bogaerts and the World team.