Boston is looking to Milwaukee for help in their bullpen, and might have to considering Chicago's prices.

The Red Sox are on the hunt for relief pitching, and to that end, have joined three other teams in scouting pieces of the Milwaukee Brewers bullpen according to CBS Sports' Danny Knobler. The Dodgers, Orioles, and Tigers, all still in the hunt, and all in need of some bullpen bolstering, are paying attention to John Axford, Mike Gonzalez, and and Francisco Rodriguez.

Rodriguez has looked phenomenal in 2013, posting a 1.25 ERA with 25 strikeouts against two walks in 21-2/13 innings. While he made $8 million in 2012 with the Brewers, he signed a minor-league deal for 2013 after posting a 4.38 ERA while recording just three saves. He's set to earn over $2 million since he's in the majors, meaning his price is low, but that also means the Brewers will be expecting a quality player in return.

It's less than the $5 million Axford is making, but while Axford might cost less of a player with that in mind, he's probably not as good of a pitcher, either. A scout tells Knobler that Axford is "a risk" because while the stuff is there, "his command isn't there, and I'd be worried about putting him in the eighth inning." 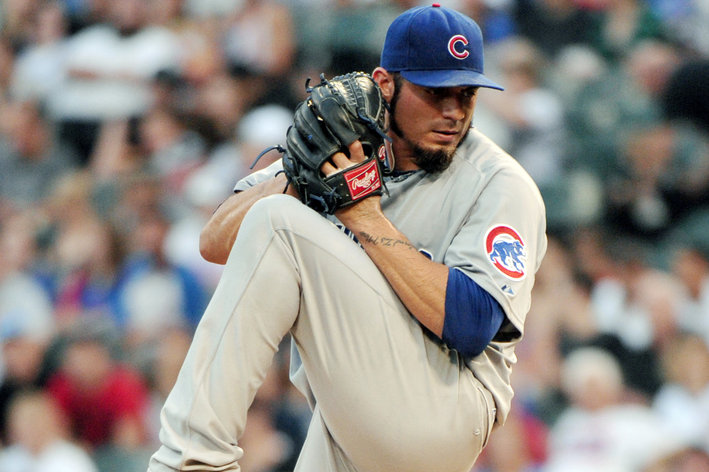 Boston has been scouting Matt Garza, but the price might just be too much.

Gonzalez might be more Boston's speed here, as he's left-handed -- a need for the Red Sox that they can't fill internally unless they want to promote Ryan Rowland-Smith once he recovers from having his appendix removed, or through a Drake Britton promotion and conversion to relief. Gonzalez is making just $2.25 million in 2013, so he's cheap, and he's just on a one-year deal. While he's walking nearly five batters per nine, he's also punching out well over 11 per nine -- it would almost be like Andrew Miller never got hurt.

The Sox might want to target Gonzalez, anyway, as it sounds as if White Sox southpaw reliever Matt Thornton is going to be expensive. According to Comcast Sportsnet's Dan Hayes, the White Sox are expecting "high-end prospects" in exchange for Thornton, in spite of what remains on his $5.5 million deal for 2013, as well as the $1 million buyout on his 2014 option. The Red Sox are going to want to swap a B-prospect or something lesser for relief help, so unless the White Sox think highly of someone Boston can easily let go, there might not be a match here until Chicago drops their demands, especially not if the Brewers will part with Gonzalez for said B-level prospect.