Buchholz is one step closer to rejoining the Boston rotation after a successful bullpen session on Wednesday.

Clay Buchholz hasn't pitched with the Red Sox since June 8, and has dealt with setbacks in trying to return from the trapezius injury that started it all, but there is finally some positive news to deliver. Buchholz threw 25 pitches off of a mound in a pre-game bullpen session on Wednesday, and reported no pain according to the Boston Herald's Scott Lauber. 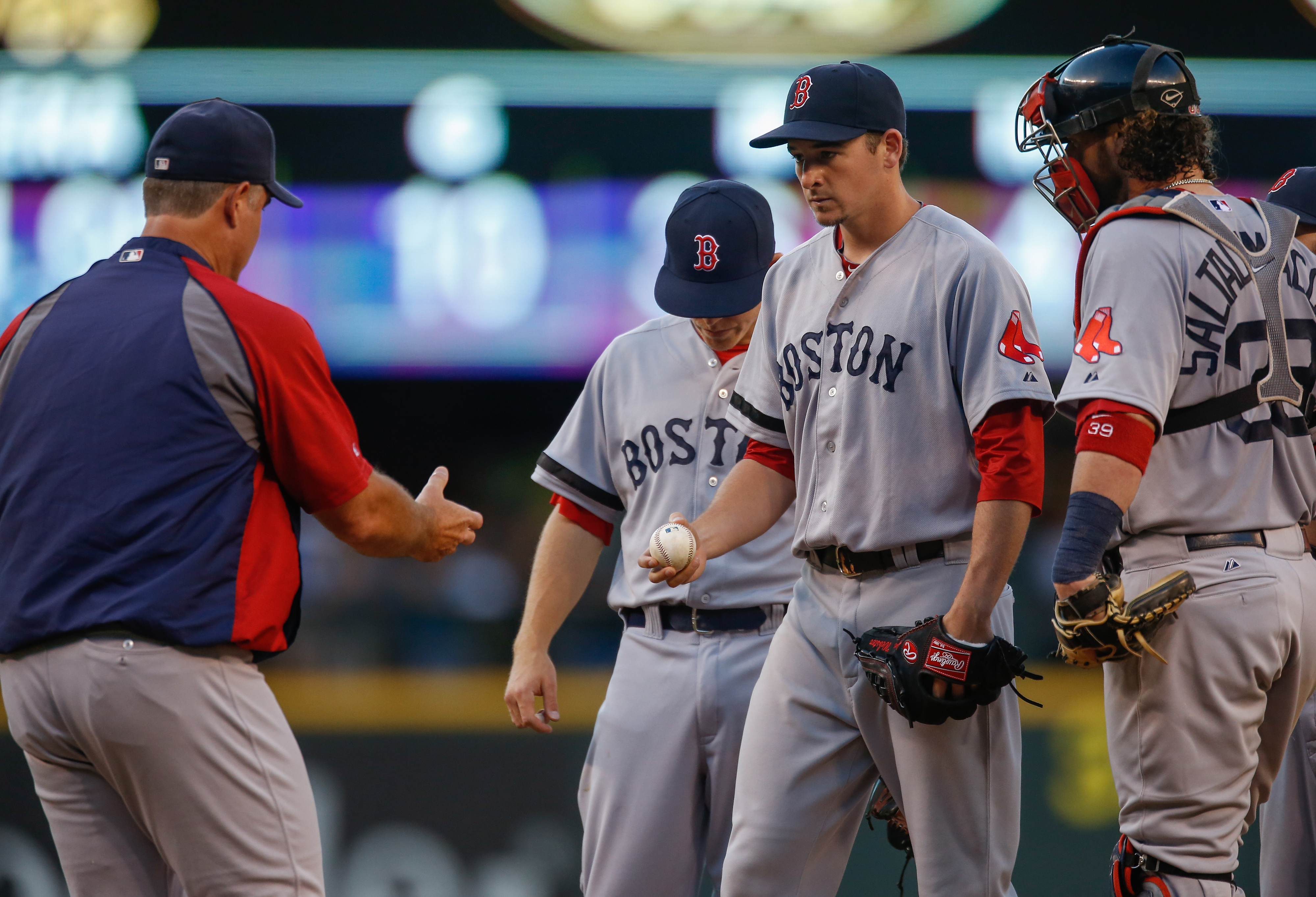 The Red Sox have optioned Allen Webster and Alfredo Aceves to Pawtucket, replacing them with Steven Wright and Pedro Beato

This is a drastic turnaround from the last attempt at throwing off of a mound, when Buchholz shut his own bullpen session down before it was completed, leading to an MRI that revealed inflammation. Now, with the inflammation gone after he was shut down entirely for a few days, he's on track to make a rehab start, assuming his next bullpen session, scheduled for Friday, goes as well as the first.

Lauber points out that a rehab start on Sunday -- the last day Buchholz can make one prior to the All-Star break -- is not a guaranteed thing. If Buchholz feels good on Friday after throwing (and on Saturday, the day after), it's at least likely the Sox put him in a rehab game on Sunday. As it is, he won't be back until July 24 on that schedule, and with the need to make a pair of rehab starts, any day past Sunday means waiting even longer to get him back. He'll only make it if he's able, though, which is likely why the Sox are avoiding any guarantees at this point -- just so they don't have to change course later.