It's time for change in the Red Sox rotation

The Red Sox need to make a change in their rotation. Possibly two.

Share All sharing options for: It's time for change in the Red Sox rotation

I trust everyone reading this has heard, at one point or another, the definition of insanity often attributed to Albert Einstein: doing the same thing over and over again and expecting different results. As it happens, that's actually a quote from author Rita Mae Brown, but that's not terribly important at the moment. What is important is that, by this definition, the Red Sox are insane.

On May 8th, Allen Webster took the mound for the second time as a major leaguer. He left after recording five outs, surrendering eight runs in the process. Given another shot after a month, he allowed five runs in four innings, and then four runs in six innings. A game against the Padres offered a brief reprieve--two runs in six innings, despite four walks to four strikeouts--but last night he got right back to it, allowing seven runs in the process of recording seven outs.

Just one night before Webster's most recent disaster, it was Jon Lester stepping up and allowing five earned runs in five innings of work. While Lester's disasters have not been as pronounced as Webster's, it's the eighth time in ten starts that he's allowed at least four earned runs. His numbers from May 20th onward include a 6.49 ERA, better than four walks per nine, and a .900 OPS against. He has not missed a single start in that time.

Somehow, for all that, the Red Sox are still 3-2 in Webster's starts since May 8th and 5-5 in Lester's ten since May 20th. If an 8-7 record is not fantastic, it's shockingly good for what they've gotten on the mound from these two. But it's not a reason to let things continue on as they have. At least not when there are possible options left unexplored. Options in Alfredo Aceves, Rubby De La Rosa, and Brandon Workman. 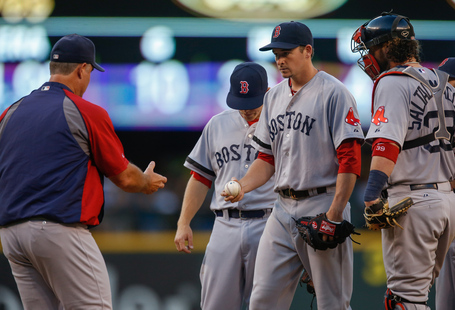 Though none of these three options are what you would call ideal, Rubby De La Rosa and Brandon Workman are the two more interesting names by far. Generally speaking, the knock against them has been that they "aren't ready." For Rubby, this means he's not ready to return after his Tommy John Surgery, since he's already had some reasonable major league experience with the Dodgers. But he's already throwing 90+ pitches an outing, so it's not as though his arm isn't up to the task of pitching six innings. But even if he's not, the possibility of five decent innings is better than what Webster provides, and arguably better than Lester's seven-inning, five-run outings. No, his disaster outing against Rochester doesn't change that--bad games happen, the problem with Boston right now is how terribly predictable they are.

For Workman, on the other hand, this just means plain not ready to start in the majors. This would be valid--he's had almost no time in Triple-A--except that Webster is quite clearly not ready himself and the organization hasn't blinked at throwing him to the wolves. When presented with one option who's likely not ready and one that has clearly displayed he is not, you go with the one that at least has a chance to succeed. You're probably not going to win any given roulette spin betting on one number, but that's no reason to put your bet on number 1274.

Webster's most recent disaster (of a win) 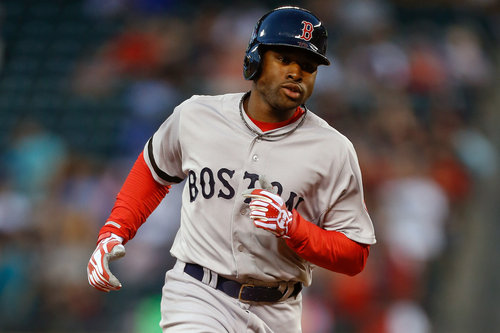 The issue with Alfredo Aceves is that he isn't really much of a pitcher. In fact, he's a lot like Webster without the potential, if slightly less volatile. But using him over Webster or Lester would give the Red Sox the benefit of allowing Webster to get away from the merciless beatdowns he's facing in the majors, or of giving Lester some time off to try and get back to what he was doing earlier in the year. Clearly his start-to-start routine isn't working. It's past time to break it.

At some point, Boston's offense isn't going to be able to carry quite so much of the burden for Webster and Lester. At some point, when you pitch like Kyle Weiland and Tim Wakefield did in September 2011, you're going to start seeing it effect the record like it did back then. In a division as tough as this, with so many pitfalls waiting between here and October, the Red Sox have to start taking their chances with their current depth. The worst case scenario is that Workman, De La Rosa, and Aceves prove unreliable, but it's better to know that the team needs to bolster the rotation in the trade market than it is to go into July 31st with a false sense of security in phantom depth.

It's time to pull the trigger and make a change. No more Webster, at the very least, and if possible no more Lester, either. At least not until his problems are identified and fixed.