The Red Sox off-season: A look back

Analyzing the decisions that brought the Red Sox to the best record in the AL halfway through 2013.

Share All sharing options for: The Red Sox off-season: A look back

Three full months into the season and the off-season is now a distant memory. Looking back, it was a tough time in light of the season the Red Sox had just come off of. And yet 2012 be damned, because the 2013 season to date has been, to be fanboyish about it, awesome.

If I told you last February the Red Sox would have a worse record than the Pittsburgh Pirates at the end of June, you probably would have come up with something else to do during the summer. Rock climbing or something. Well, the bad news is they are worse than the Pirates, but the good news is that's the only team in baseball with a better record than the Boston Red Sox. Pretty impressive, eh? Not many people called for that and therefore I think it's worth looking back at the moves that were made to assemble this juggernaut*.

I should note that this isn't intended as a definitive statement on the quality of the Red Sox most recent off-season. Though we like to grade them immediately because we are impatient by nature, off-seasons, like drafts, require time to judge accurately. We'll take this position by position and for the record I'll be leaning a bit on the Armchair GM pieces that went up here at OTM just in late October.

The Red Sox had Jarrod Saltalamacchia coming off an uneven season under team control for one more year. The only other player pushing for playing time at the position was Ryan Lavarnway. The real decision here was whether to go with Salty and keep Lavarnway in the minors, a route that would necessitate adding a back-up catcher, or to start Lavarnway and put Salty on the bench. 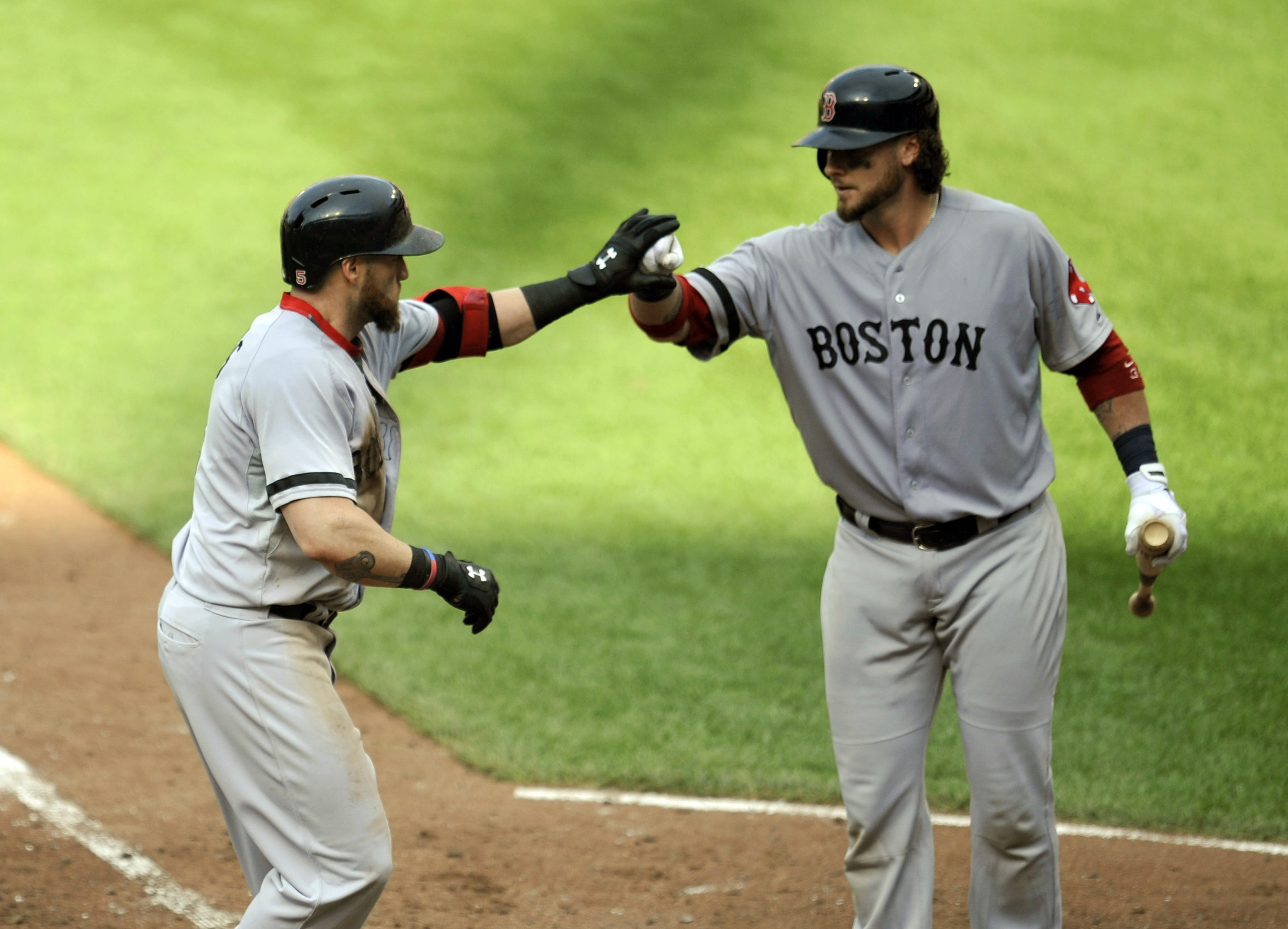 Of course, we know what the Sox did, and so far the choice has been successful on the field. Salty has hit really well, a .262/.328/.453 slash line to date that puts him well into the top half of starting catchers by OPS. Ross has been more uneven, but has played acceptably well for a back-up when he's been healthy enough to play, which has been most of the time, and you can cut him some slack considering he's dealt with concussions.

This coming off-season will feature some interesting catcher-related decisions but for now it seems that the trio of Salty, Ross, and when called upon, Lavarnway, have done well enough to justify the front office's faith in them.

With the trades of Adrian Gonzalez to Los Angeles and Kevin Youkilis to the White Sox, the Red Sox found themselves without a franchise first baseman for the first time in a long while. GM Ben Cherington opted to sign ex-catcher Mike Napoli for the role and to this point the results have been mixed. Nobody would confuse Napoli for a gold glover, but that wasn't why he was brought in so it's unfair to hold that against him, and for the most part he's handled balls and throws coming his way acceptably well. Surprisingly it's the hitting that has been the issue, and even more surprising it's been his hitting at Fenway. We're talking about three months of baseball here which is enough that this could (and likely is) a small sample fluke kind of thing. Napoli himself has said he hasn't felt right at the plate yet so for whatever that's worth, and the guy has a track record of hitting well, so the second half appears promising in that regard.

Even in light of Napli's struggles, the alternatives available to Cherington last off season haven't fared much better. Ex-Red Sox Kevin Youkilis signed with the Yankees, was briefly good, then wasn't, then promptly got hurt. He's out for if not the rest of the year then the majority of it. Coming off a great year in Washington, Adam LaRoche, another former Red Sox, has hit closer to his career norms (a 777 OPS) and he required a mult-year commitment that Napoli didn't, though that was mostly due to the discovery of Napoli's degenerative hip condition which has so far yet to impact him on the field (so far as we know). The idea of dealing for one of the Mets young first basemen was also floated but given what they've done so far, we should be happy the front office never entertained the notion.

Of the available players, Napoli offered the highest upside and the lowest cost. What's more he's actually been the healthiest and best hitter of the available guys. It's hard to knock this choice given what we know right now.

This was the subject of much discussion. Should the Red Sox hand the position to Jose Iglesias and let his defense be the shining beacon in the night at the major league level and live with his sub-putrid offense, or should they do something else? We know they signed Stephen Drew to a one year make-good contract and I heartily endorsed that deal. There's much to love about what Iglesias has done this season, but we're only three months in and he's still the king of the cheap hit (.468 BABIP). Not to mention, when the front office made the choice to go with Drew they did it with Iglesias's horrific 2012 in their memory banks. 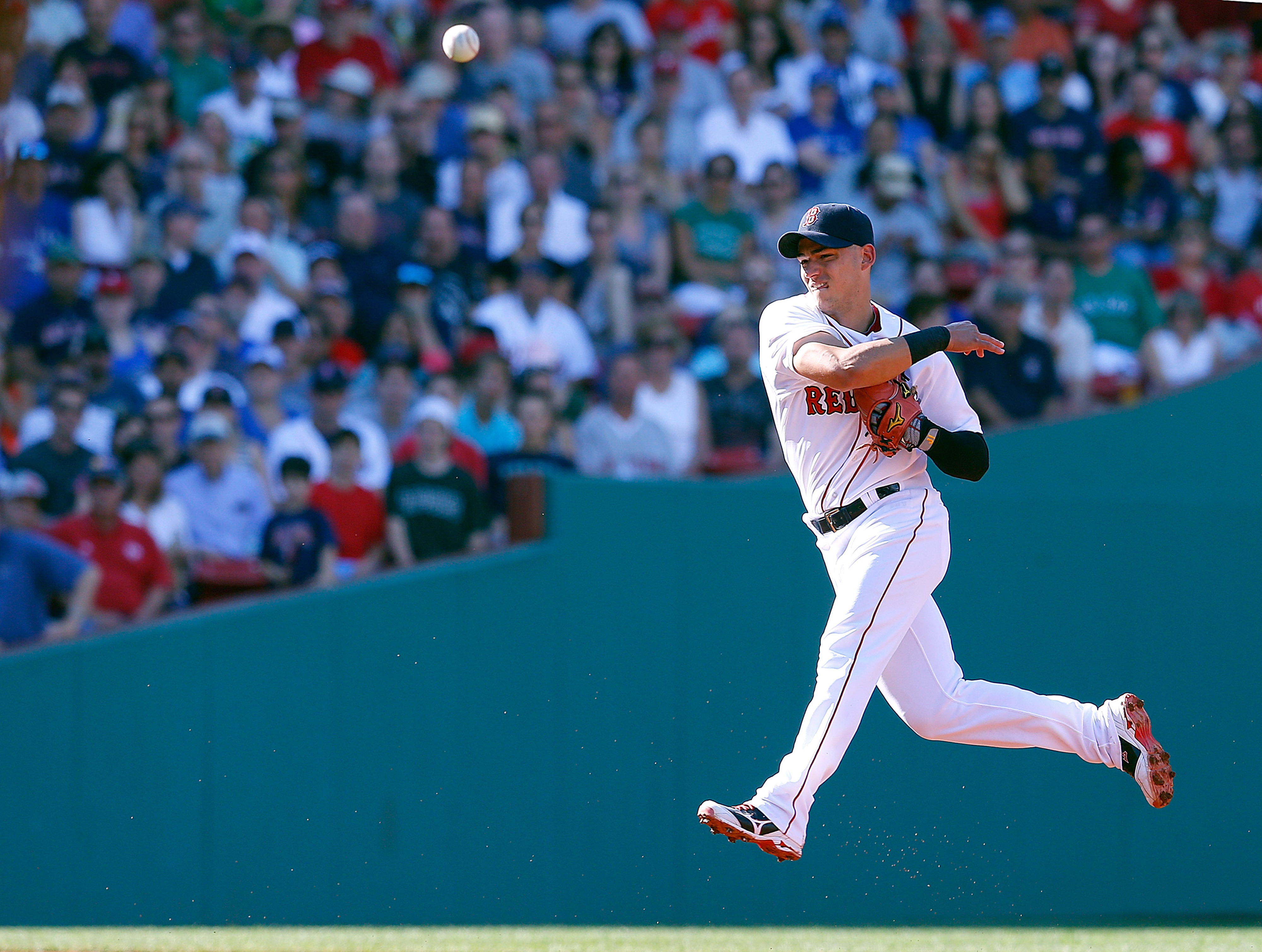 Drew has performed acceptably especially when you keep in mind his competition around the league at shortstop, and perpetually seems on the verge of turning the corner before suffering minor injuries. In any case, signing him seems to be an entirely rational move for a team that thought of itself as a contender and couldn't stomach the possibility of a starting shortstop with a .500 (or lower) OPS. Drew was insurance against that possibility. We couldn't have known in February that Iglesias would hit .450 or whatever ridiculous number he's currently at and expecting it would have been the height of incompetence from a front office that thought they could compete in an AL East that lacked a great team. That Iglesias has played the way he has isn't an indictment of their choice so much as an opportunity for the franchise. Not many teams have two starting caliber shortstops. It's a nice problem to have, and especially so in light of Will Middlebrooks lousy season.

There was much talk about trading Jacoby Ellsbury this past off-season but that never really made much sense. Coming off a sub-par season mostly due to injury, Ellsbury was worth more to the Red Sox on a one-year deal than was any return he might command. The real option was whether Boston should fork over bucks to keep free agent Cody Ross. We'll miss his bat flip'n ways, but at right now it seems good that he's taken his talents to Arizona and saved the Red Sox from giving his mid-30s body a multi-year contract.

In his place the team signed two free agents in Shane Victorino (3 years, $39 million), and Jonny Gomes (2 years, $10 million) to play the corner spots. Gomes has played his way into a platoon role, although that might be a bit unfair to him as it's really more Daniel Nava's impressive three months that have pushed Gomes to the bench.The real prize here though was Victorino who has played stellar defense, got on base, and run the bases with aplomb. 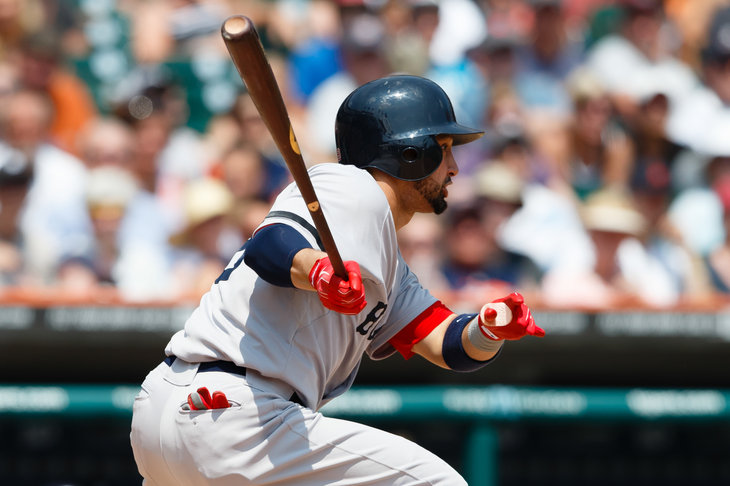 Shane Victorino's signing in Boston was met with much reluctancy, but so far this season he has shown that he can still provide valuable all over the field.

The alternatives to Gomes and Victorino were many, but one stood out. That was ex-Yankee Nick Swisher who signed with Cleveland for 4 years, $56 million after sitting on the market for a good bit of time. Had the Red Sox signed him though he would have required more money and possibly a fifth season as well. Grabbing Victorino for what they did was actually a low-cost option compared to what many thought Swisher would get.

There was also talk of going after Melky Cabrera, Josh Hamilton, Torii Hunter, or even Angel Pagan. To date, Cabrera has a sub-.700 OPS in Toronto, Pagan the same and he's hurt in San Francisco, and Josh Hamilton has been a massive disaster for the Angels in whatever town name they play in nowadays. Torii Hunter wasn't coming to Boston as he signed with Detroit almost immediately (though maybe if the Red Sox had offered Victorino's deal he might not have done so). What's more Victorino has a similar OPS (not that that is the ultimate arbiter of quality or anything but it's late), is younger, and is better defensively and on the bases. It's not hard to make the case that Victorino is one of the few best free agent outfielders to sign from last season's group (not that that's a huge badge of honor or anything but it's what the team had to work with).

Gomes hasn't played to expectations but holding on to Nava has made up for that. Plus, Gomes's contract isn't close to onerous so should the Red Sox find a better fit they can move on if the want to.

John Lackey finally living up to his contract 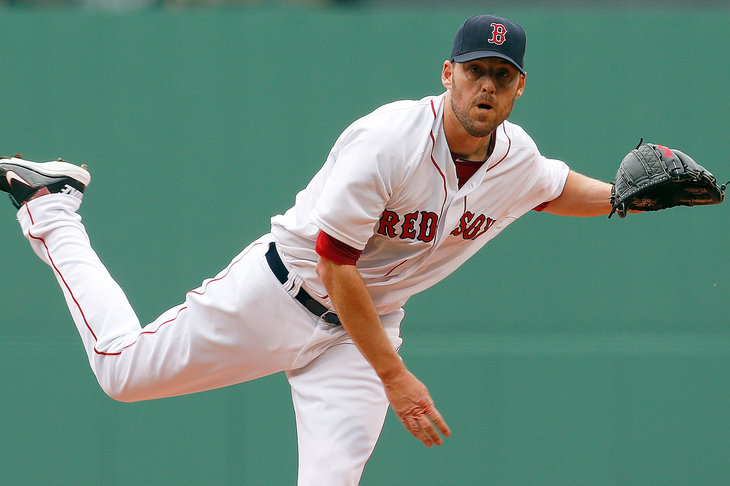 In what might be his best season on the mound, John Lackey is finally rewarding the Red Sox' faith in him.

The big moves here were as follows:

To date all those moves have worked out fabulously with the possible exception of Jon Lester, whose mechanics seem stuck halfway between his past forms. Still, it's hard to fault the Sox for that one, given Lester's track record. More to the point, the signing of Dempster hasn't looked like a master stroke, but then it was never intended to be so. It has looked like the addition of a dependable mid-rotation starter and that's exactly what he's been and that's exactly what the team needed coming off of 2011 and 2012. There's still a year and a half on the deal but the early returns are positive.

This is probably the one area to really quarrel with. The team moved Mark Melancon, who has gone on to be one of the best relievers on the Pirates, for closer Joel Hanrahan, who was lousy then hurt )or lousy and hurt) and is now done for the season. Beyond that though, adding Koji Uehara, extending Craig Breslow, and keeping Andrew Miller and Junichi Tazawa has made for a strong if not impenetrable pen.

Nobody expected the team to do much as second base or designated hitter and they didn't. Fortunately. Also after his rookie campaign, keeping Will Middlebrooks was a no-brainer.

Three months in and it appears the Red Sox did an admirable job of adding talent and minimizing commitment. Six positions are being manned by players only signed through this season (catcher, first base, shortstop, third base, left field, and center field), which gives the club great flexibility to alter the team, to make upgrades, and to switch out under-performing pieces should they need to do so. Most of all the team managed to alter its clubhouse and upgrade its talent level for essentially the same cost. That's a job well done.

It's still early on, both in terms of this season and the impact of the decisions made this past off-season, but for now, well, it's hard to argue with 50 wins. For now at least, things are looking pretty good.