With the earliest pick the Red Sox have had in the MLB draft since 1993, Boston selected left-handed starting pitcher Trey Ball from New Castle High School. He's 6-foot-6 and 180 pounds and won't turn 19 until later in the month. While he's a two-way player, the Red Sox announced him as a pitcher, the position his draft value as a potential top-10 pick was wrapped up in.

His fastball sits between 91-94 mph, according to Baseball America, who also named him the top lefty in the draft and ranked him ninth among all draft prospects. BA also said that Ball has "no red flags" and that this is a "rarity" for a high school arm. Part of that might be due to the fact his father restricted his curveball use, and that in turn forced Ball to refine his change-up to go with that low-to-mid-90s heater.

Keith Law says that there is some "effort" in Ball's delivery, but also says that it's the kind of thing that can be fixed in pro ball. Law also says that Ball has a "feel" for that bender that his father kept him from overusing -- that's a good sign considering the limited usage. Law had Ball going eighth to the Royals in his last mock draft.

Ball's future grades (courtesy of Law's pre-draft scouting report) for his fastball, command, movement, curveball, and his feel for pitching all sit between 50 and 55 on the 20-80 scale -- that's a well-rounded arm, if it turns out to be how things work out for him. The command isn't there yet, and, unsurprisingly given he's just out of high school, his feel and curve both have room to grow, too. But the fastball is already high-quality, and that's enough in the low minors until the rest comes along. 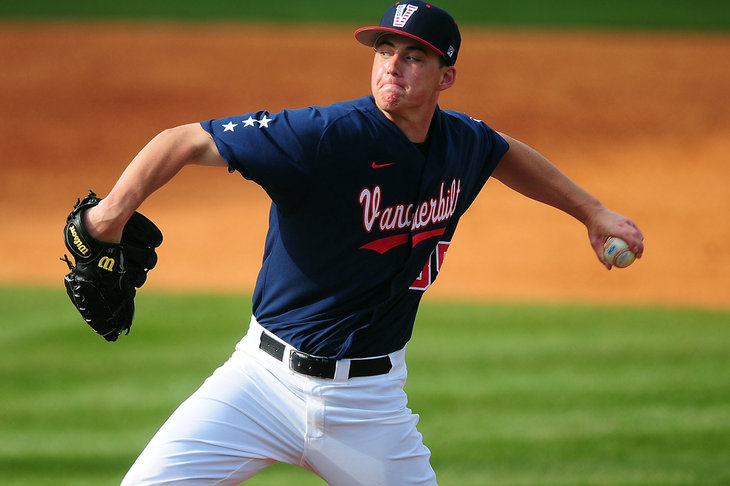 MLB.com also graded Ball's pitches, and scored his fastball and curveball potential as 60, as well as his overall score. MLB.com ranked Ball the #8 prospect on the draft board, saying that he has plenty of room to fill out and add strength that should help him on the mound. Somewhere, Henry Owens is nodding.

He's a bit of a surprise at #7, but only because of who he went to, not when he went. At the same time, Clint Frazier went off the board at #5 to the Indians, and Boston apparently liked Ball -- who they had been linked to throughout the last month -- more than they did Austin Meadows, who they had been named repeatedly alongside fellow high school outfielder Frazier.