Share All sharing options for: MLB Draft 2013: Who could the Red Sox draft in rounds 2 and 3?

We've spent the last month talking about who the Red Sox could select with the seventh-overall pick in the 2013 MLB draft, but they have more opportunities to select players than just their first one. The Red Sox also pick at #45 overall in the second round, and at #81 for round three -- the first of those, in past years under old draft rules, would have likely been a sandwich-round pick, in the neighborhood of those that brought the Red Sox prospects like Anthony Ranaudo and Jackie Bradley Jr. on board.

Sox Prospects -- who, as the name implies, covers Red Sox prospects in-depth -- has a list of potential picks for both the second- and third-round for Boston. While there's maybe no one with the appeal of Ranaudo or Bradley, two players who came to Boston in very deep drafts after injury concerns pushed them out of of the top-half of the first, there are still some intriguing potential future Sox here, and we'll cover a few of our favorites from that list.

Baseball America ranks Ziomek the #51 draft prospect, thanks to a fastball that touches 92-94 miles per hour that he can throw inside with command to right-handed batters. They warn that he is more of a third-round pick for some, but if a team believes in the change-up and slider as well as his very strong 2013 season in which he struck out 106 batters in 105 innings while posting a 2.05 ERA, than he could go higher -- perhaps at #45 to his hometown Red Sox.

He's ranked #36 on Baseball America's top 500, so he might not be around by the time Boston gets to pick again. If he is, though, than they would have the option of picking up a closer who still has some potential as a starter. His stock has fallen a bit due to blisters and arm soreness, the former hurting his slider and possibility his velocity -- Wahl sounds a lot like the kind of project with a high ceiling the Red Sox like to get from this area of the draft, so if he's around, interest would not be shocking.

The Red Sox drafted Overton back in 2010 in the 26th-round, so you know there is previous interest in the player.Baseball America ranks him #60 on their top 500, but if they still love Overton, this is likely their best chance of getting him since they don't pick again until #81. Baseball America says a forearm strain suffered in mid-April caused Overton to slide way back on the charts, with teammate Jonathan Gray vaulting ahead of him in the process -- the fact those two are even mentioned together is an indication of what kind of talent teams think Overton has:

Though he's not physically imposing at 6-foot-2 and 160 pounds, Overton has topped out at 95 mph and shown three plus pitches at times. He often pitches in the low 90s with his fastball, which gains deception and life thanks to his crossfire delivery. His slider can be a wipeout pitch and his fading changeup also can elicit swings and misses. He has a loose arm and fills the strike zone with ease.

If his arm is fine, or the Red Sox are okay with shutting him down to get him right physically before throwing him into the professional scene, they could have themselves a serious starter with their second-round pick. 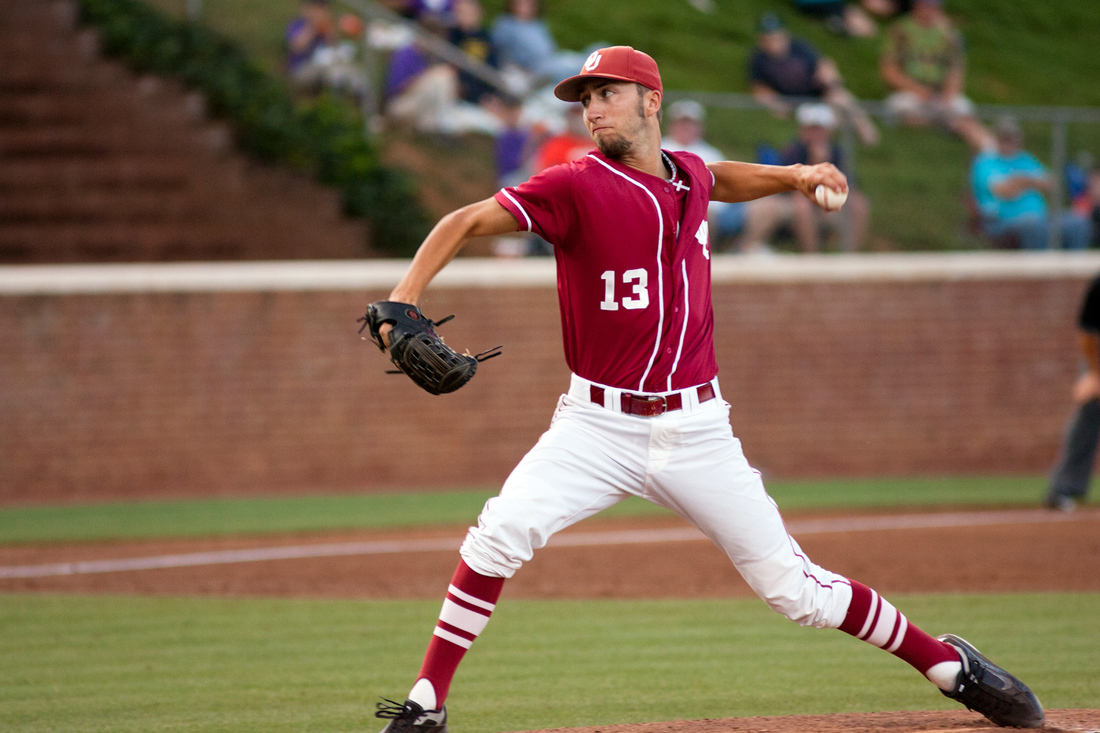 He's the son of former big-league hurler and Red Sox pitcher Paul Quantrill, and Baseball America ranks him #90in the draft. He won't be 18 until after the season ends, but he's already polished according to scouts, and while the Canadian national team isn't Boston's usual m.o. -- they do love their Team USA amateurs -- it's still a national squad and a pitcher with experience on one. The problem is that the Blue Jays have picks in the same neighborhood as the Red Sox, given their similar struggles in 2012, and Cal's dad works for them -- as Baseball America suggests, that might be enough to take him off the board and away from his college commitment. 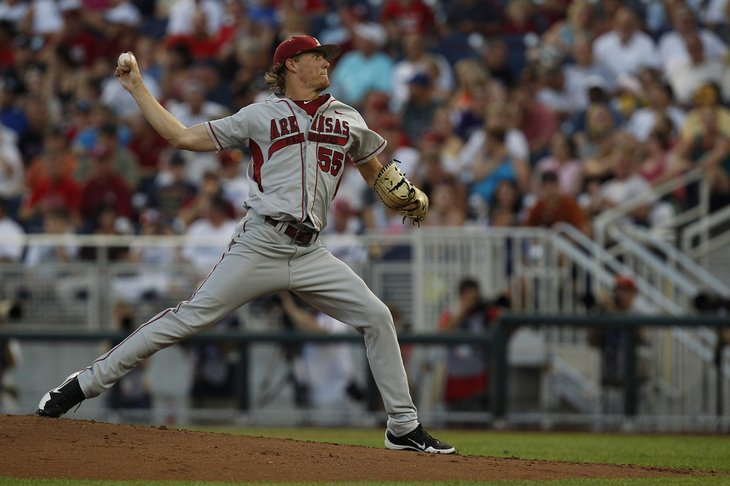 It's back to an oldie for Law, who has swapped up his projected draft board once again.

Another son of a former big-league player, Cavan is Craig Biggio's progeny, and just might shuffle around the diamond as much. Sox Prospects suggests he could play anywhere in the infield except at short, and that he might skip the infield altogether and end up in a corner spot. Baseball America ranks him #67, saying he's "one of the best pure hitters in his draft class" thanks to a disciplined approach and "smooth swing." He's also a Team USA amateur, so there's that bonus in Boston's eyes. However, they do warn that his value will come from his bat: part of the reason he lacks a position is because he's lacking afield. Unlike with Kolbrin Vitek, though, Boston wouldn't be using a first-round pick on that kind of question, and Biggio's bat gets a lot of praise -- comps are generally imperfect, but at least situationally, consider someone like the Padres' Jedd Gyorko in terms of his bat carrying him and letting the rest sort itself out.

Like with Cal Quantrill, there are concerns that the Astros will end up with Cavan given where his father is employed. As he's a high school player with a potentially bright future ahead of him as well, he might not sign if he's drafted past a certain point, not unless someone is willing to shuffle around their draft budget in a few other rounds in order to make it happen.