Yet another mock draft points to Clint Frazier as the #7 pick in the 2013 draft.

The 2013 MLB draft begins on Thursday, so expect this week to be filled with rewritten mock drafts based on the latest whispers that have grown louder of late. Kiley McDaniel of Scout.com is the latest to update his mock from May, and with the update came a change in who he expects the Red Sox to take. Originally, McDaniel thought right-handed starter Braden Shipley was destined for the #7 pick, but now he's switched that to Georgia high school outfielder Clint Frazier. 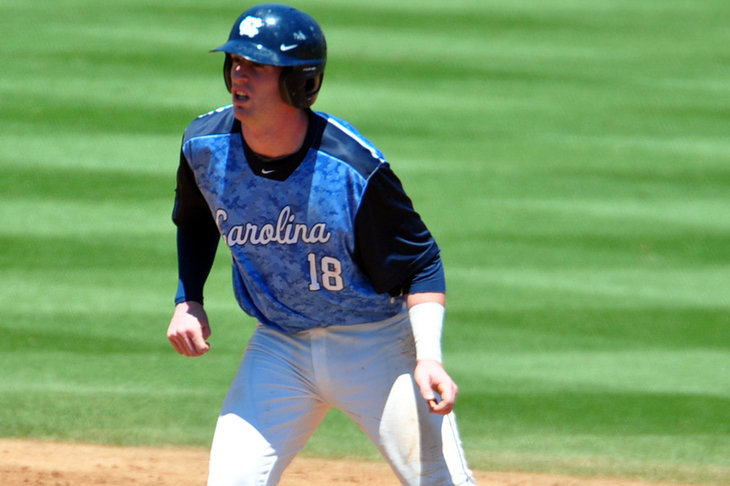 The draft is just one week away, so it's time to narrow down the potential future Red Sox.

Frazier was also the pick of Baseball America's Jim Callis in both versions one and two of his own mock drafts, and was also Jonathan Mayo's selection in both of his MLB.com mocks. From the sounds of the scouting reports, Frazier doesn't excel at any one thing, but appears to have potential in just about every facet of the game, with his projected scouting grades for power, speed, hitting, and defense all falling in the same, above-average area. He's not quite as polished as some of the collegiate options that could be around at this point, but that's expected, given he won't turn 19 until the minor-league season is basically over.

We're close enough now that McDaniel can also point out players the Red Sox might want instead of Frazier, or in place of him if he comes off of the board earlier than expected. Austin Meadows, who is also a high school outfielder and Keith Law's pick to Boston in his most recent mock, comes in as McDaniel's second option, with Alex Gonzalez (a potential #2 starter if things go well) and Trey Ball (a two-way player who could go as either a pitcher or a hitter) behind him. As for who the Sox are hoping for, it's who you would expect: Kohl Stewart, Colin Moran (the only player with nearly as much mock love as Frazier), and Braden Shipley. Stewart and Moran are already off the board in most mocks, with Moran possibly even going #1 overall, and Shipley has gone to the Marlins in a few, so there's a distinct possibility none of the three will still be around by the time the Sox pick.