John Lackey finally living up to his contract

In what might be his best season on the mound, John Lackey is finally rewarding the Red Sox' faith in him.

Share All sharing options for: John Lackey finally living up to his contract

It has become clear, 13 starts into the 2013 season, that John Lackey's 2011 was an aberration. Red Sox fans had to know this was the case before this year's campaign even began -- pitching with a shredded elbow for months at a time doesn't exactly give you an accurate picture of a pitcher's true, healthy abilities -- but given just how bad Lackey's last season on the mound was, combined with how awful and unfortunate most of all of 2012 was for the Sox, it's easy to understand why fans might not have necessarily believed what they knew to be true.

Following Wednesday's seven-inning outing against the Rockies, a start in which Lackey tied his career-high for strikeouts in a game while issuing nary a walk, Lackey's ERA sits just below three, while his FIP, at 3.61, is the best it's been since he finished third in the Cy Young voting in 2007. His 4.3 strikeout-to-walk ratio would be the best of his career, towering over his full-season high of 3.4, and his 8.4 strikeouts per nine ranks as his loftiest rate since 2005, when he was 26 years old and just coming into his own as a big-league pitcher. He's still allowing homers, but he always has -- his old pitcher-friendly park and softer divisional schedule used to hide it better, but that's always been the one issue in his game. This didn't hinder him, though, as it isn't hindering him now: at his peak, from 2005 through 2009, Lackey's 127 ERA+ over 990 innings ranked seventh in the majors, minimum 750 innings, according to Baseball Reference's Play Index.

Tommy John surgery has, at the least, seemingly brought back the 2010 version of Lackey, the one that the optimistic assumed would return once his elbow was in order. That iteration of Lackey was a pitcher who could eat innings -- he threw a team-leading 215 frames and made 33 starts -- whose true ERA value sat somewhere between his 4.40 ERA and his 3.85 FIP: some of that ERA was bad luck, but some of it was likely a precursor to the elbow troubles of 2011, when his command became inconsistent and the hits wouldn't stop coming.

You could go a step further, and say that Tommy John surgery brought back the pre-2010 Lackey -- the one who didn't have the aforementioned command issues, who could carve up a lineup, avoid handing out walks, and would occasionally give up solo shots that, in the end, didn't alter the positive outcome for him or his team. If that's actually the case, than the Red Sox are seeing the John Lackey that they thought they had signed back in the winter of 2009-2010.

That Lackey had question marks pertaining to his elbow -- that's exactly why there's a clause in his deal that gives the Red Sox an additional option season in 2015 that will only pay Lackey the league minimum, a clause that's entirely dependent on whether or not Lackey missed time with a preexisting elbow condition. The worst-case scenario they envisioned and planned for and hoped against came to pass, though, and Lackey disappointed in 2010 despite his value to the rotation, fell apart in 2011, and missed the entirety of 2012. That elbow injury has been put behind him now, though, and he's precisely whom the Red Sox wanted when they initially signed that five-year, $82.5 million deal. 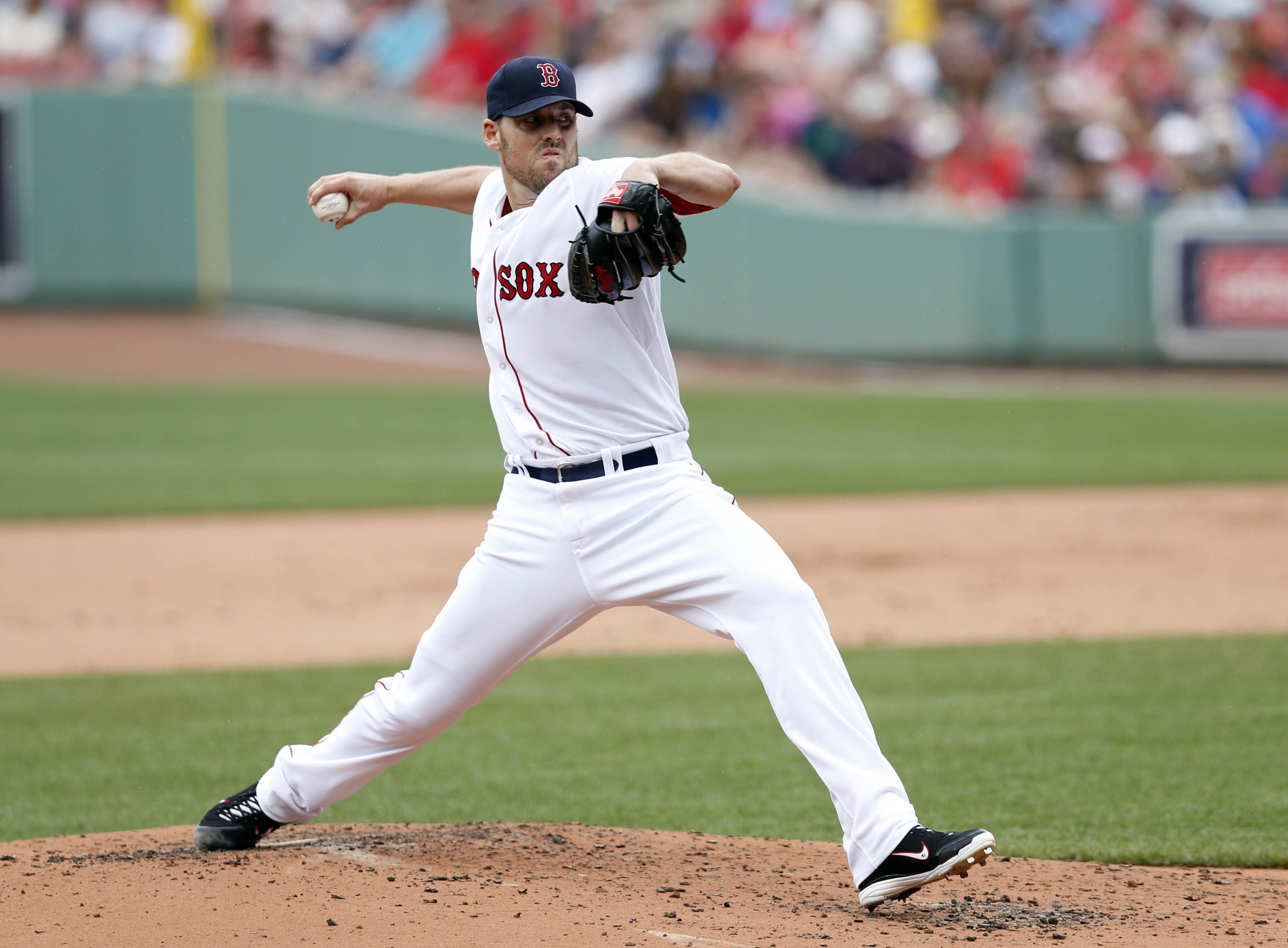 The signs are in more than just the results, too. He came to the Red Sox with a history of sinker usage, and, according to Brooks Baseball, utilized the pitch roughly 13 percent of the time in 2010, his first season in town. In 2011, when his elbow was an issue, Lackey almost stopped using the pitch entirely, throwing just 120 of them all year, or roughly four percent of all of his pitches. This forced him to rely on a less diverse selection -- one he had issues locating due to elbow pain -- and you can see what that strategy got him. The sinker has returned in 2013, however, as he's throwing it over 11 percent of the time, and has already passed 2011's total usage for the pitch despite having fewer than half as many innings to this point. 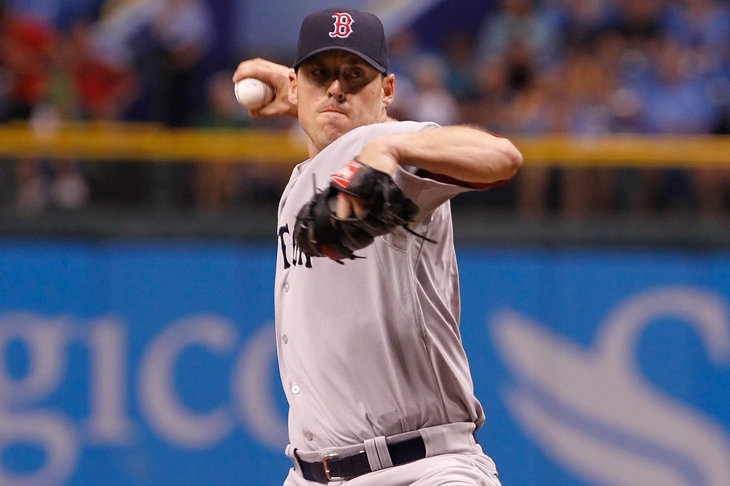 His sinker is most often used to open an at-bat, against either lefties or righties, and it's been his most effective pitch for inducing grounders. That extra look, and that extra way to record an out, has been huge for him this year, even if it's not the pitch he uses the most. Eliminating or adding an offering can have a cascade effect on the rest of a pitcher's pitches, one that doesn't necessarily show up in the stat line for that pitch itself. You can see, though, based on his results, that Lackey reintroducing the sinker post-TJ has been significant for him and the rest of his repertoire.

Will all of this last? That's just something we're going to have to play a wait-and-see game with. Should his elbow remain healthy -- remember that little biceps scare from April? -- then it's easier to believe than you could have imagined three months ago that he'll remain successful for the rest of the year. The Red Sox have him under contract for 2014 as well, and there's the option for 2015 in their back pocket, too. With Jon Lester a free agent after either 2013 or 2014, depending on the status of his option, having the Lackey who was always supposed to be in the rotation around would be huge for a group that's going to see a lot of turnover in the next couple of years. That might not be what even the optimistic expected heading into this year, and it's a few years later than the Red Sox would have liked for all of this to occur, but halfway through his contract beats never.