Don't panic yet -- the Sox just want to be thorough.

Clay Buchholz attempted a bullpen session on Wednesday afternoon, but he had to stop it early. According to WEEI's Alex Speier, the pain is not worse -- there's actually improvement -- but Buchholz says that he's not ready and he's not where he needs to be. 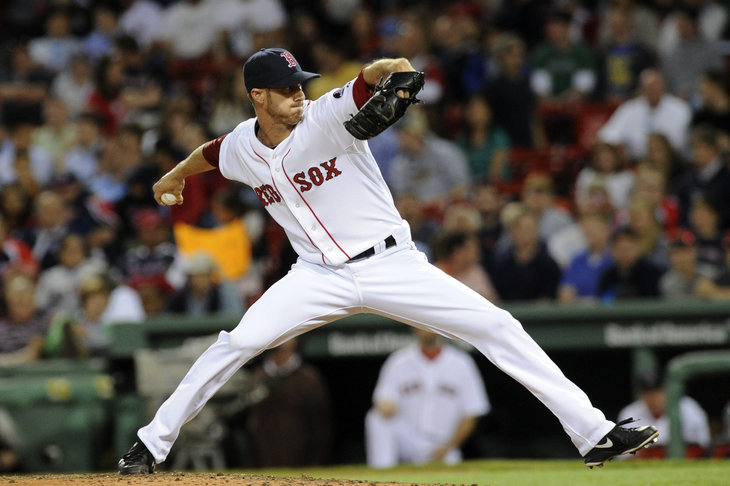 It's not a surprising move, but it's now official.

Because of this, the Red Sox will have Buchholz undergo an MRI. It gives the Red Sox and Buchholz the peace of mind that nothing worse is going on than a sore trapezius, and if there is something else going on, then they'll know about it now instead of forcing Buchholz to rehab and either making things worse of finding something negative down the road. As expected given they are searching to find out what the issue is, there is no timetable for Buchholz's return.

I can understand the panic that many Sox fans feel, given Buchholz ended up missing the rest of 2011 with a stress fracture in his spine after a similar bout of "it's not serious, okay maybe it is" injury updates. Let's wait and see with this one, though -- results from the MRI shouldn't take that long to go public, and then we'll know what the deal is with Boston's ace.