It's not a surprising move, but it's now official.

The Red Sox wanted to place Franklin Morales on the disabled list on Tuesday and then replace him on the major-league roster with Clayton Mortensen, but Mortensen wasn't eligible to come off of the disabled list until Wednesday. Instead, Pedro Beato showed up for one night, threw a scoreless inning of relief while he was in town, and has now been optioned back to Triple-A Pawtucket. In his place, the Red Sox have announced that Clayton Mortensen has been activated from the DL. 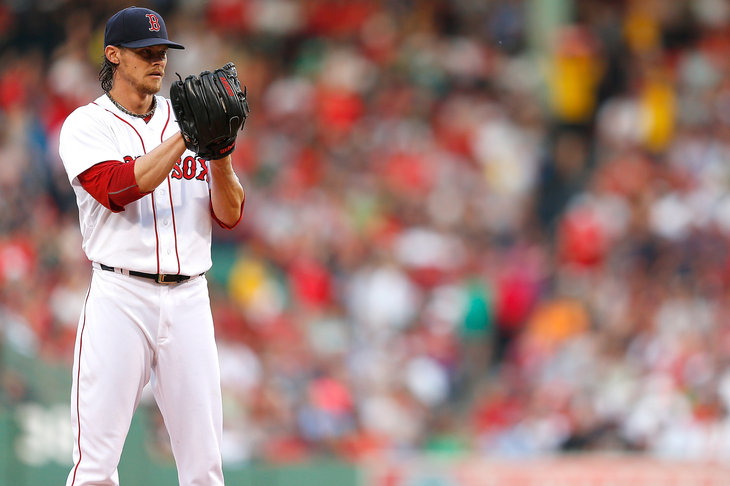 The Red Sox are currently without their ace, but he is working his way back to the mound.

Mortensen has not had a very good season. He's apparently been dealing with a hip impingement since the spring -- that's the injury that had him on the DL -- and has posted a 5.34 ERA and a strikeout-to-walk ratio of just 1.3 in his 30 innings of work. You could cut him some slack and say the hip injury is to blame, but since Mortensen was recalled for good last August, he's posted a 5.47 ERA, walked 5.1 batters per nine, allowed 1.5 homers per nine, and has a K/BB of 1.6. Yes, he struck out more batters before the hip injury, but his most significant problem seems to be that his batting average on balls in play has jumped from 2012's .238 to a more normal .299.

Maybe the hip was keeping him from hitting all of his spots, though, costing him a few strikeouts here and there, and increasing the damage done against him. If so, he should be able to fill in as the long man in the pen once more -- a necessary thing with Franklin Morales on the DL again and Alfredo Aceves waiting for spot-start duty in Triple-A at all times now. There are others who could fill the role as well, but the Sox should at least see if Mortensen is any better post-DL, now that they've taken the time to stash him there.