A hit by pitch extended Iglesias' impressive streak of reaching base.

Share All sharing options for: Jose Iglesias' on-base streak is 4th-longest in MLB in 2013

Jose Iglesias was called back up to the majors on May 24 with Will Middlebrooks on the disabled list thanks to back spasms. While not a third baseman by trade -- he had one game played there ever as a professional, and it had only just come in case he was needed as depth there -- that's where he plied his trade upon his return to the bigs. The shift didn't phase him at all however, not on either side of the ball: Iglesias reached base in his first game back, and, through Sunday against the Tigers, has reached base at least once in every game since his recall. 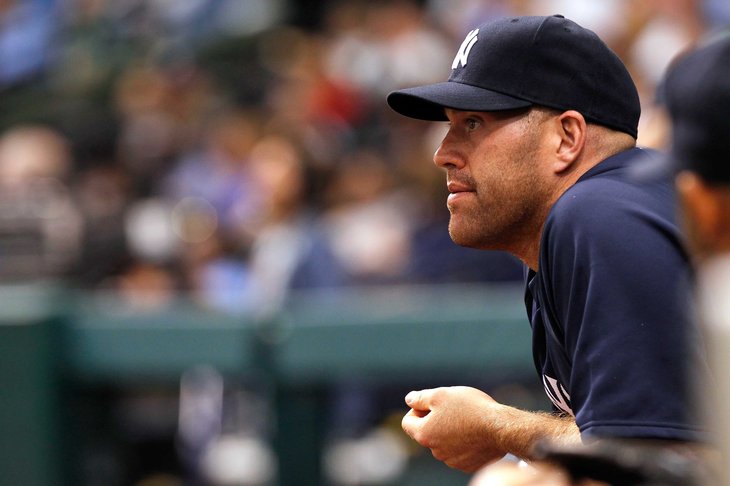 It's been one year to the day since the trade that sent Youkilis to the other Sox; how have things fared for both parties since?

Iglesias has started 26 games and has played in 27 (he was a pinch runner in extras in one of the contests) since his recall, and has hit .420/.480/.568 in that stretch. His success pushed Pedro Ciriaco off of the Red Sox -- the utility infielder was designated for assignment and traded to the Padres days later -- and the production that followed now has Middlebrooks' job in jeopardy, as he could be the one optioned to Pawtucket in the coming days in order to get his own offense fixed.

The streak of Iglesias is the fourth-longest in the majors this year according to Baseball-Reference's Play Index tool, behind Michael Cuddyer (40), and two Miguel Cabrera streaks of 38 and 29 games, respectively -- the first is ongoing. It might not be the fourth for long, as Jason Kipnis is working on a 25-game streak, while Troy Tulowitzki just needs to get on base in his first game back from injury in order to extend his own. Still, though, it's nearly July, and Iglesias will likely finish the month in the top five for the season even if it's to end this week. Not bad, considering he was expected to be in the minors for the duration of the year learning how to improve his offense.

This article originally -- and mistakenly -- claimed that Iglesias' on-base streak was over after Sunday's loss to the Tigers. As he was hit by a pitch, though, the streak is ongoing. Thanks to Brian MacPherson for pointing out that I missed that crucial detail.