Ranaudo ties a record, Almanzar has slowed down lately, and Couch continues to scuffle.

Ranaudo followed up his disappointing 4-2/3 inning affair on June 4 with a record-tying effort the next time out, striking out 13 Erie batters in 7-2/3 frames. That matched the record of Jon Lester -- whom you might have heard of -- and also served to assure anyone concerned about the seven runs he had allowed previously that Ranaudo's resurgence as a top pitching prospect was far from over.

His June ERA is still out of sorts thanks to that one drubbing, but he's still got time to recover there. Plus, it's hard to worry too much, considering he has a 2.34 ERA on the season with over 10 punch outs per nine innings. If there were room for him in Triple-A Pawtucket, he might already be there, but that rotation is currently full up unless the Sox decide to remove someone from the mix, or permanently promote someone to Boston. 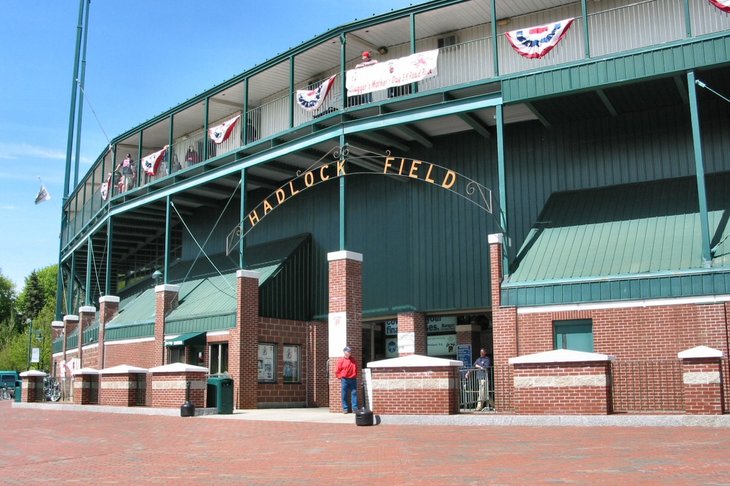 The 2010 draft pick has shot his way up both the prospect and organizational ladder in 2013.

Almanzar has slowed down a bit over the last 10 games, and it might be worth paying attention to. Not by itself, of course, but his best month was April, when he posted a 928 OPS. In May, his line was .262/.345/.447, a 137 point drop in OPS, and in June, that slide has continued, as he's at just .270/.304/.476. The overall picture is still solid, and he hasn't been outright bad by any means, but April might be clouding where he is actually at, development-wise, given how he's slid back a bit since.

He'll have to sort things out going forward while splitting time at third base with Garin Cecchini. While promoting him to Pawtucket could work to make sure both players spend time at the hot corner, it's a bit tough to expect an Almanzar promotion given the above slowness of his last two months. If he can return to his April form shortly, then it's something to discuss once more, but for now, the pair will split time at third and as Portland's designated hitter.

Couch has only had a handful of decent outings in his last 10, and it's ruining his quality performance at the start of the year. Couch's ERA was 3.15 after his first six appearances and 20 innings, but since then, he's allowed 16 earned runs in 28 innings -- and 24 runs overall -- for a 5.14 ERA since. In that stretch, he's managed to continue to strike out over a batter per inning, but he's also allowed 1.6 homers per nine and seen his ground outs to air outs ratio fall to 1.2 over his last 10 outings after posting a 1.7 mark in April.

He's a reliever in the long-term, but he's going to need to sharpen his command and keep the ball low in the zone, even if it's at the expense of some strikeouts, in order to achieve even that. He's not old for the level, so there's time to correct his course, but if you keep seeing homers and a lack of grounders, you'll know he's not quite where he needs to be.