Trey Ball's deal is the largest the Sox will hand out, but it's affected the budget in a positive way.

On Wednesday, we took a look at the state of the Red Sox budget for the 2013 MLB draft. That's out of date already, though, as the Red Sox signed their first-round pick, Trey Ball, as well as handed out a bonus of over $100,000 to a player outside of the first 10 rounds. All they did with these signings in the end, though, is give themselves even more room to work with in remaining negotiations.

Ball, as the seventh-overall pick in the draft, had a slot value of $3.246 million. He signed well under slot for $2.75 million, though, in essence creating another $496,000 in budget space for the Red Sox to use on other draft picks. They entered Wednesday $237,900 under budget already, putting the Sox $733,900 under budget.

There is more to play with than that. As we've said before, there are draft penalties that keep a team from spending whatever they want above their budget. They can, however, spend up to five percent over budget, with the only penalty being a tax on the overage -- anything past five percent results in the loss of a future draft pick or picks, depending on the severity of the overage. Boston's draft budget of $6,830,200 means they can spend another $341,500 (and $10, if you want exactly five percent) before incurring a penalty more severe than taxation they can most certainly afford. 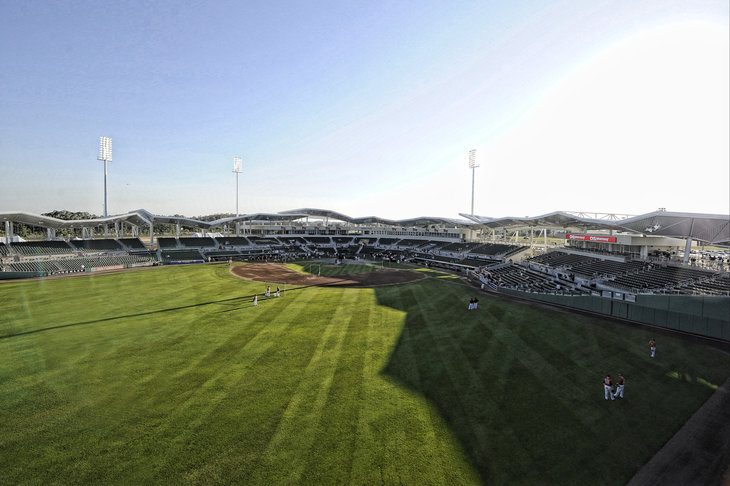 The Red Sox have announced the signing of Trey Ball, their first-round pick in the 2013 MLB Draft.

That effectively puts the Red Sox $1,000,410 under budget, assuming the bonus of Carlos Asuaje didn't exceed $100,000. They have four more draft picks from the first 10 rounds to sign -- Myles Smith, Corey Littrell, Jordon Austin, and Mike Adams, from rounds four through seven, respectively -- and there is a chance they could get them all at or around slot price. That would leave the Red Sox with likely more than enough money to throw at someone like Jordan Sheffield, whom the Sox picked in round 13. Sheffield has a commitment to Vanderbilt, and is recovering from Tommy John surgery, but a bonus approaching seven figures could get his attention enough to get him to go pro now.

These numbers could still be off a little here and there, depending on what the unannounced bonuses for certain picks amount to, but we're talking maybe a hundred thousand here and there. Boston has managed to squeeze a lot of extra room out of their budget, and thanks to that, could come away with more than what they should have, had they just followed the actual draft values for their bonuses.