Share All sharing options for: Can the Red Sox rotation hold up?

Felix Doubront had the best start of his career Tuesday night, pitching 8 innings without a walk on the same night Clay Buchholz was finally, mercifully assigned to the DL after more than a week in stiff-neck limbo. The symbolism of Doubront stepping up on the same day Buchholz was put on the shelf is impossible to miss, but does it mean anything? The Red Sox have had obvious depth problems in the rotation, but they have managed to thrive nonetheless and lead the division by 1.5 games and stand just behind the Tigers -- they of the notoriously dominant rotation -- in AL run differential. With about half of the season remaining, can we expect the Red Sox rotation to keep pace with the Tigers, or should we expect some regression? Or, conversely, should we expect the Sox' starters to get even better?

Based on the numbers alone, Jon Lester has the most room for improvement, though his .295 batting average on balls in play and depressed strikeout rate suggest that there isn't a quick fix available, and also throws a little cold water on the John Farrell-as-pitching-whisperer meme. Lester's velocity seems to have taken a permanent hit from his halcyon days of nearly 10 K/9, leaving him little more suited than Ryan Dempster or John Lackey to lead a rotation in Buchholz' stead, save for his brand name. As we've seen, velocity dips with the permanence of Rover being sent to a farm upstate: Once it's gone, it's not coming back.

While picking up his $14 million option for next season is still a no-brainer at this point, but those clinging to the idea that his downturn is the product of a small sample size need to realize that his torrid April is probably a less likely indicator of his current true talent level than everything else that's happened over the last year and a half. With all that said, he boasts the highest FanGraphs WAR of Red Sox starting pitchers and still arguably boasts the highest ceiling from here on out of any Red Sox starter except for maybe Doubront, given Buchholz' rolling injury concerns. 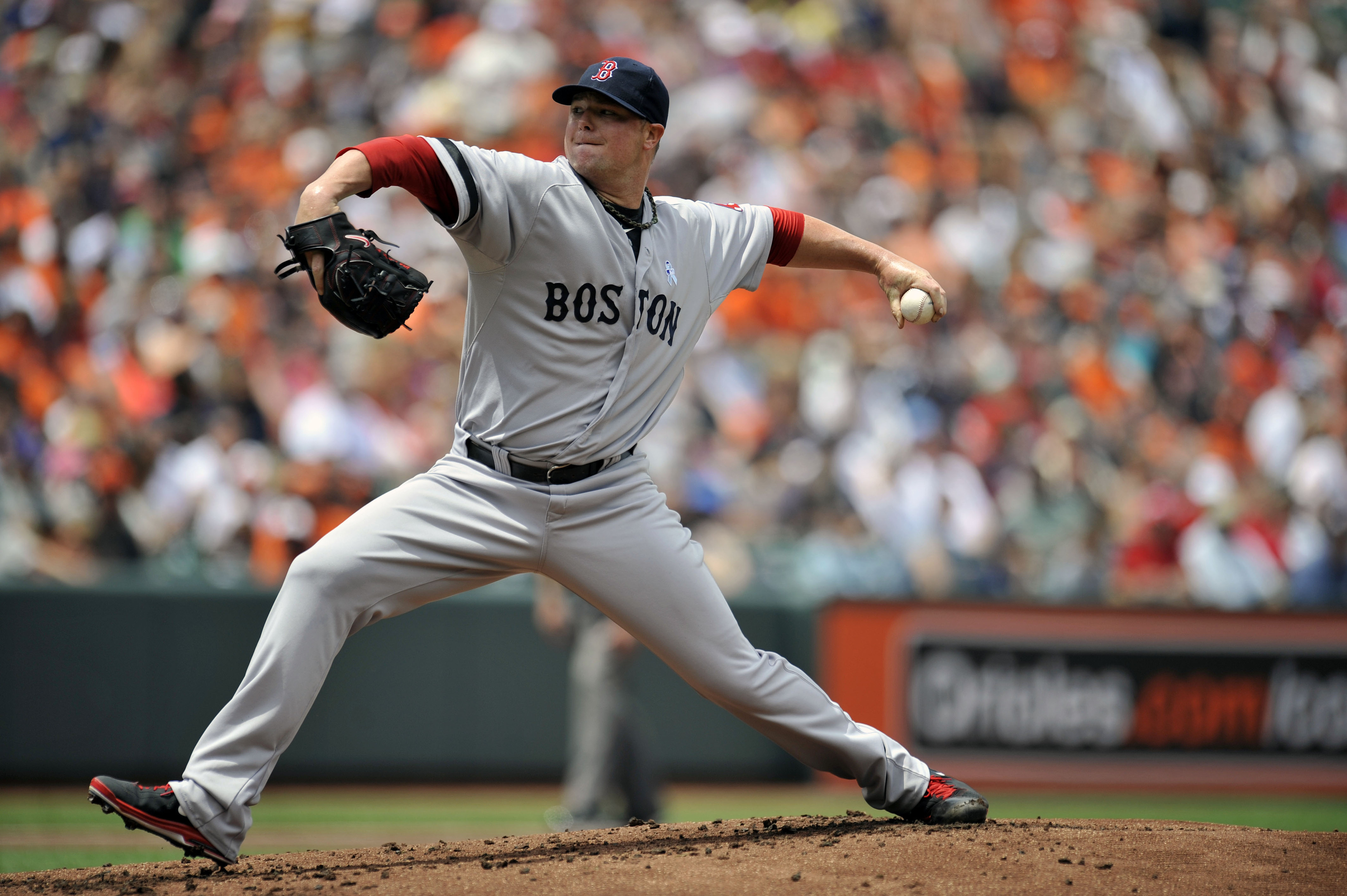 Clay is a more interesting pitcher than Lester, working with a seemingly endless array of pitches, but his guile can't cover for long his injury history and his .258 BABIP. When everything is working for Clay, he can seem like a magician on the mound, but major-league hitters have a tendency to expose the secrets of pitcher magic after too long. The good news is that Clay has historically outperformed his FIP as well as conventional BABIP expectations, and he's pitching far better than his league-leading 2010 ERA. Between some expected regression and his lingering injuries, the Red Sox are likely to treat as a Sunday starter upon his initial return, in spirit if not to the letter, but they will be delicate with him nonetheless.

We've just gone over the top two Sox starters, but they're not the engine of this year's team: Lackey and Ryan Dempster make all this possible. They've been the rotation's backbone in May and June, even if FIP says Dempster's simply getting lucky to the tune of more than a half a run per nine, last night excepted (most of his bad starts came in a bloc last month). With the normal caveats about half a season remaining, Lackey, with a stellar ERA in June, is pitching well enough to atone for his disastrous 2011, though Twitter has been reluctant to acknowledge it (I'm looking at all of you). To most Sox fans, even a great Lackey season -- a year in which he keeps this up all the way -- will likely be looked upon as a 162-game version of J.D. Drew's '$14 million grand slam,' a moment that's simultaneously symbolic of ultimate redemption yet ultimately not redemptive enough for those who prefer to cling to the bitterness of past failures. Given what I noted above about velocity loss being a one-way highway, it's been fascinating to watch Lackey get back up to 94, heading into oncoming traffic against the tyranny of old age and shredded elbows. 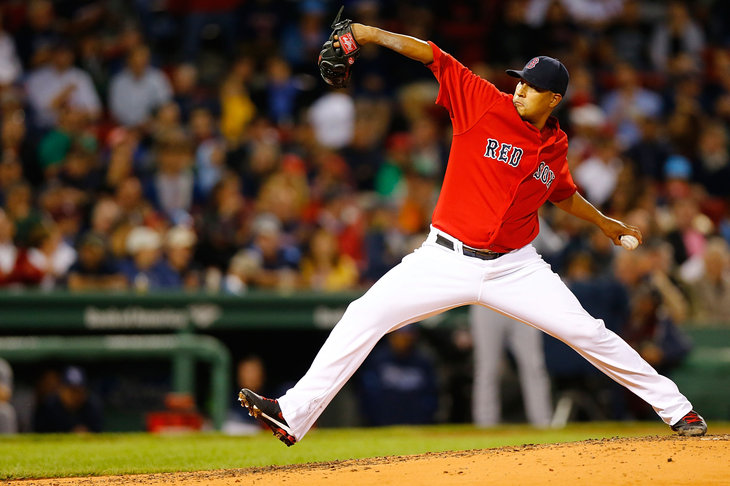 Recent success leads us to wonder if Doubront has finally figured out his early season issues.

Finally, there's Doubront, whose 3.53 FIP is second on the team and who could be a major key to the Sox' second half. It's always risky to talk about what someone can do if they can get a handle on their control, but Doubront's 1:1 K-per-9 rate and resistance to homers mean that if he managed it, all other things equal, he could improve in a hurry. He's at the stage where any definitive improvement's effects ripple outward, and there's reason to believe it's possible. More notably, while we drool over the major league debuts of Gerrit Cole, Tony Cingrani. Michael Wacha, Zack Wheeler and, obviously, Rubby de la Rosa, the excitement tends to wear down quickly after the first start, when the slog begins. Pitching is a long game, and the improvements come with practice. Doubront is someone to watch right now -- a pitcher hitting the stretch as his body and mind finally catch up, a guy ready to take the next step in front of our eyes if we just stop to watch, and maybe leading the Red Sox to do the same.