The Red Sox have announced the signing of Trey Ball, their first-round pick in the 2013 MLB Draft.

The Red Sox have announced (complete with picture) the signing of Trey Ball, the seventh overall pick in the 2013 MLB Draft.

We learned earlier today that Ball had passed his physical, and was expected to sign a slightly under-slot deal with the team, as had been predicted not long after he was initially drafted.

Where does Ball rank in the Sox' system? 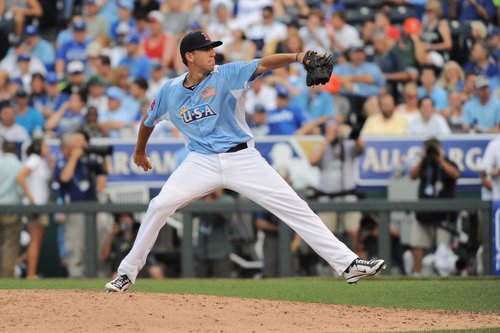 According to Scott Lauber, Ball will practice with the Red Sox today before heading down to Fort Myers to join the GCL Red Sox, where third-round pick Jonathan Denney is also likely to report. This is standard operating procedure for the Red Sox with most high school draft picks, with the short-season Lowell Spinners and, on occasion, the Greenville Drive being reserved for more experienced players.

It won't be a long wait for Trey Ball (or Jonathan Denney, for that matter) to see action in the system. The GCL Red Sox start their season on June 21st against the GCL Twins. They'll only play 60 games, making playing time comparatively scarce, but Ball has plenty of time to make his mark in the years to come.