The Red Sox have signed third round pick Jonathan Denney to a surprisingly affordable bonus.

According to Jim Callis, the Red Sox have locked up their third round pick and one of the biggest names in their 2013 draft class: catcher Jonathan Denny.

While Denney's $875,000 bonus is well over slot, it's actually surprising for how low it is. There were predictions that Denney would require twice as much to sign on, greatly hampering Boston's ability to go after other picks. Coming in under a million, Denney will allow the Sox to pursue the rest of their class more aggressively.

While Denney didn't cost as much as might be expected, that doesn't mean he's any less impressive of a talent. MLB.com had him ranked as the 20th best talent in the draft, with Baseball America not far behind at number 25. We extolled Denney's virtues already before the draft (see sidebar), but to make a long story short: a natural catcher whose bat could end up awfully impressive.

MLB Draft 2013: Jonathan Denney a match for the Red Sox? 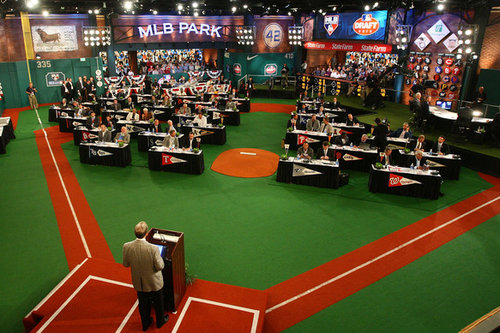 Frankly, it's a bit hard to say how this happened. If Denney was so cheap, it seems like someone would've signed him under slot in the first round. Maybe his Red Sox fandom shone through, and he knew where he wanted to go. Maybe the Sox were just the only ones who did enough legwork on him?

Whatever the case, they've got a big talent and plenty of money to work with that nobody outside the organization thought would be available. Hard to complain about that.