Share All sharing options for: Checking up on the Red Sox' young arms

Even after last night's 13-inning loss to Baltimore, the Red Sox find themselves with a 41-27 record, which puts them in first place int he AL East, and also ties them with Oakland for the best record in the American League. Considering that most had them pinned as a .500 team before the season began, this has been a highly successful season. To make things even better, the franchise also finds itself with the most stacked farm system it has had since at least 2007.

One of the oldest adages about baseball is that a team can never have too much pitching, and this is an area in which the organization can boast some real depth. They have plenty of promising young arms in their system, many of which are in the higher levels and are close to making an impact. Whether they end up helping out the Red Sox at some point or being part of a trade, the minor-league pitchers are likely to be a big part of the team's future. With all of that being said, let's check in on some of the most promising arms in the system.

The first guy to look at is Rubby De La Rosa, who was acquired as a part of the Nick Punto trade last August. After missing most of last season after undergoing Tommy John surgery late in 2011, he has been eased into the 2013 season. As a result, he has thrown just 38-1/3 innings in 11 starts at AAA Pawtucket this season.

Since he first reached the high levels of the minors in 2010, control has been the biggest problem facing the hard-throwing righty. That has continued this year, as he's walked 4.7 batters per nine innings. His strikeouts have still been up though, with De La Rosa K-ing a shade under a batter an inning. Still, his walks combined with an uncharacteristically high home run rate have led to a 4.63 FIP. The good news is that he's outperforming his peripherals with a 3.29 ERA. He's also been getting better and stronger as the season has gone on, and he's up to five innings a start. With Alfredo Aceves pitching well in his recent spot-starts, there hasn't been a big need to push De La Rosa any harder than they have, but his debut with the big-league club is likely coming sooner rather than later.

Here we have the second highly-regarded pitcher coming back in last year's trade with the Dodgers. Much like De La Rosa, Webster's biggest issue is with his command, and he is also seeing those issues pop back up again this season. In his minor league career, he has regularly walked at least 3.5 batters per nine, with no change in that regard in 2013. In 45-1/3 innings over nine starts with Pawtucket, he has walked 4.2 batters per nine, while striking out an impressive 9.9. Also like De La Rosa, he has given up more home runs than he is accustomed to, but is also outperforming his 4.70 FIP with a 3.38 ERA.

Unlike De La Rosa, though, we have already seen Webster make a couple of spot-starts in Boston. In his first, he showed all of his potential, holding Kansas City to three runs (two earned) in six innings, striking out five and walking just one. A couple weeks later, though, he completely flopped in Minnesota by allowing the Twins to score eight runs over just an inning and a third, giving up two home runs, walking three and striking out just two. He's still flashing his potential in Pawtucket, but it'd be nice to see him harness that control before seeing him back in Boston this season. 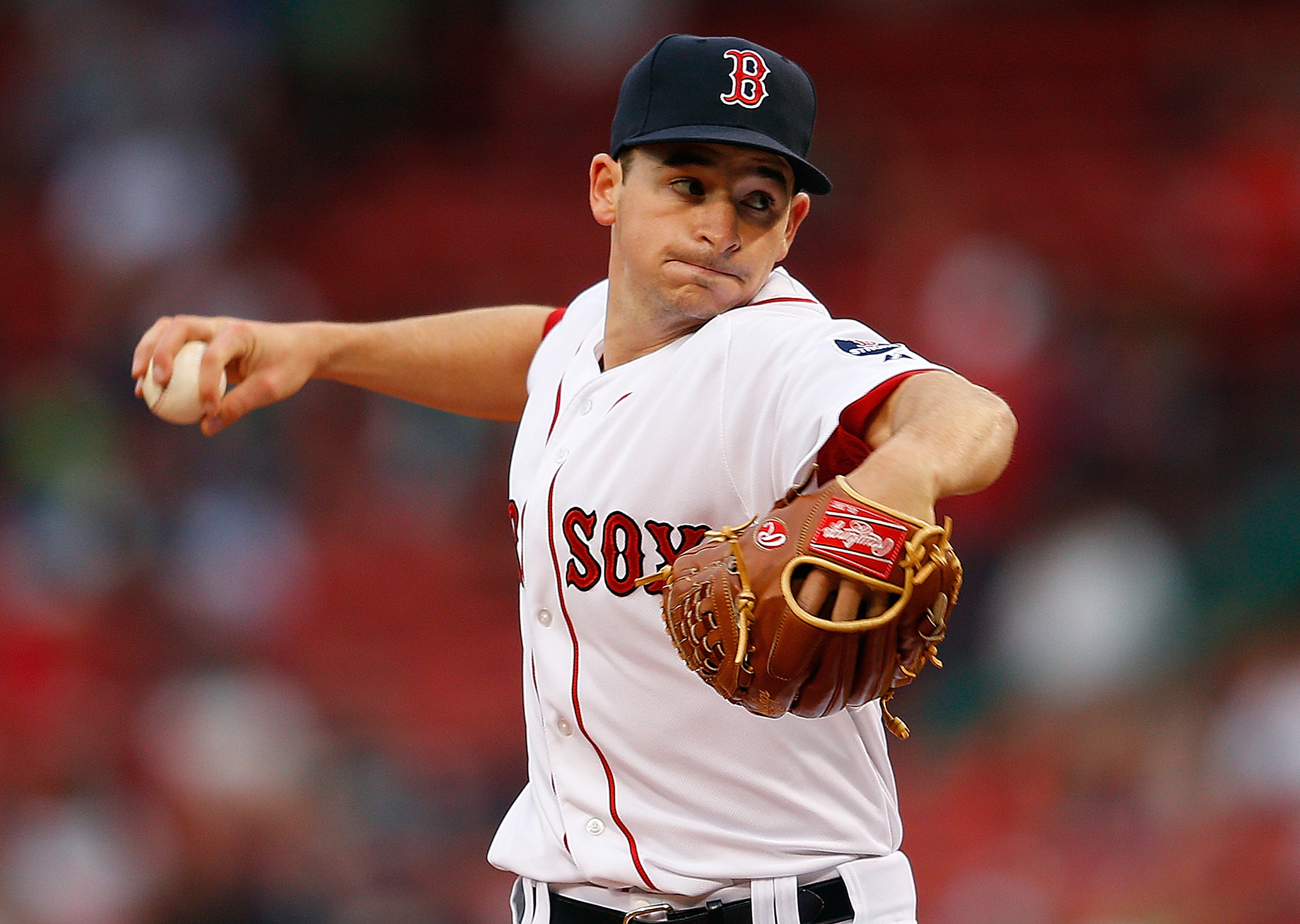 Perhaps the most exciting arm in the system coming into the season, Barnes has spent the first couple of months of the year in AA Portland. The UConn product who was drafted in the first round of the 2011 draft dazzled in his first professional season, posting a 0.34 ERA in five starts with Greenville before putting up a 3.58 ERA and 3.15 FIP with high-A Salem.

Many of the prospect gurus had Barnes as the top pitcher in the organization, and he was expected to take a big step forward in 2013. However, as many prospects do, he has struggled a bit taking the step forward from A-ball to AA. His peripherals still look solid with a 64/19 K/BB ratio, but he's been hit hard to the tune of a .374 BABIP and seven home runs. The BABIP can't all be put on him -- minor-league teams obviously are worse on defense than a major-league team would be -- but he has some adjustments to make. The jump to AA is the second-hardest a prospect has to make, after the jump to MLB, so it's much too early to panic about Barnes. For him to take the next step, he'll have to work on some of his secondary stuff and avoid some of the hard-contact.

Another high draft pick, Ranaudo was picked 39th overall by the Red Sox in 2010 after sliding due to a fractured elbow in college. In his first professional season he showed the potential he flashed when he was at his best at LSU, but he faltered in a big way in 2012. Last year the big right-hander had a 1:1 strikeout to walk ratio at AA, walking 6.5 batters per nine innings. He fell so far off the radar that the 2013 season started with Ranaudo being off most people's radars as far as prospects went.

So far, though, he has jumped back into everyone's conscience. Going into last night, he had a 2.43 ERA in his second year in Portland, backed up by an equally impressive 2.85 FIP. He had struck out 27 percent of the batters he faced while walked just eight. Then last night, all he did was tie a Portland Sea Dogs record with 13 strikeouts, while walking just one batter in seven innings. In a re-ranking of the Red Sox minor-league system, one would have to think Ranaudo would make the biggest jump up the list. After his teammate and unanimous top prospect Xander Bogaerts was promoted to Pawtucket yesterday afternoon, it's not crazy to think Ranaudo could be the next to make that jump.

The Red Sox have a luxury that most teams can't boast: four highly exciting arms in the upper minors. Between De La Rosa, Webster, Barnes, and Ranaudo, history says that at least one of them will bust, and likely two will. However, at the moment they all are continuing to show their promise and there's little reason to doubt any of them right now. If Ben Cherington decides to make a move for a major player (Cliff Lee?) at the trade deadline this year, he could use one of these arms and still be confident that he has three more strong prospects close to making an impact at the highest level. Even without taking into consideration guys like Clay Buchholz and Felix Doubront already on the major-league roster, or younger prospects like Henry Owens or Trey Ball, Boston has a lot to be excited about with the future of their pitching.