Boston's constant reliever shuffling continues -- and likely ends for a while -- with Wilson's call-up from Pawtucket.

As expected, the Red Sox have called up right-handed reliever Alex Wilson from Pawtucket in order to take Alfredo Aceves' place on the roster. Wilson had been optioned back to Triple-A Pawtucket at the end of May, when Jackie Bradley Jr. was needed in the Boston outfield with Shane Victorino on the disabled list. He now finds himself back in the majors, in what is really a role replacing Clayton Mortensen.

Wilson is replacing Aceves, who made a spot start on Wednesday in place of Franklin Morales, who was supposed to start in place of Clay Buchholz but instead pitched in relief in extra innings on Monday. Jose De La Torre was the initial call-up to save the bullpen from overuse while Mortensen went to the DL, and Aceves took De La Torre's roster spot in order for the aforementioned spot start to occur. Now, Wilson is here, in Aceves' place, but really in Mortensen's place. 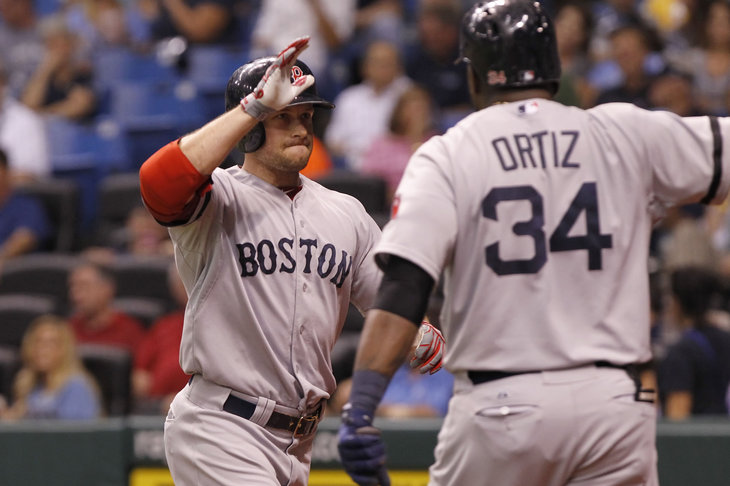 The Red Sox got a big night from Alfredo Aceves, and a big hit from Daniel Nava en route to a fourth straight series win.

Shorter transaction news: Boston managed to shuffle three different pitchers into one roster spot in three consecutive days, all without losing a single pitcher to waivers.

Wilson pitched well enough when he was in the majors previously, striking out 15 batters in 18 innings over 15 appearances. There were a few too many walks, as Wilson walked 4.5 batters per nine, but some control issues were to be expected with him. The important thing is that he misses bats, keeps the ball in the yard, and give the Red Sox more than one inning of relief when necessary.

As for Aceves, he once again helped the Sox win a spot start, in spite of walking more batters than he struck out. All that matters is that he keeps the Red Sox in the game when he's thrust into a temporary starting role, though, and in that, he succeeded. He might be up again on Tuesday with the doubleheader against the Rays -- the 26th man allowed by doubleheaders can skirt by that 10-day rule for demotions -- with hopefully similar results if that occurs.