Should is not the same thing as will, but does that matter?

On TV, radio and the Internet, Red Sox announcers can't wait to put Daniel Nava on the All-Star team. Nava's certainly having a good season, but is this realistic?

The question isn't whether he deserves it, it's whether it's something we can realistically expect him to make it, given the logjam of players fighting for spots. It would be easier for Nava if every team in the league didn't have to have a representative, but that's not the world we live in. It should act as a reminder, however, that places on the team are largely capricious for non-bona fide superstars, and that we shouldn't take Nava's selection or omission as validation or repudiation of anything.

Nava has had two and a half great months for a player for whom there were almost no expectations coming into this season. His 870 OPS is good for 14th in the American League, but it's been less than half a season. Nava figures to compete with Brett Gardner for a reserve spot, and if Nava's numbers are a little better this year, it's important to remember that it has been a year since All-Stars were last selected, and Nava was basically a national nonentity until now, first career at-bat notwithstanding. Unless we want to give back the All-Star appearances that Sox players have made on star wattage alone, we have to concede Nava's short time in the spotlight works against him.

There's a strong argument that this is entirely fair, as well: If we think a selection to the All-Star game is an honor worth debating, the corollary is that we ought to be thorough on our picks. Nava wasted away through the second half of last year to the point he wasn't on this year's ballot, by virtue of not having a guaranteed gig for this season until spring was at its end. It's not unreasonable to think that Sox fans have fixated on Nava's omission from the ballot to the point that it is the reason -- along with Nava's wonderful backstory -- that we have fixated on his ad-hoc campaign. If he was on the ballot, it would just be a numbers game, and that would be the end of it. That's considerably less fun than trying to get Nava on a team that appears not to want him. 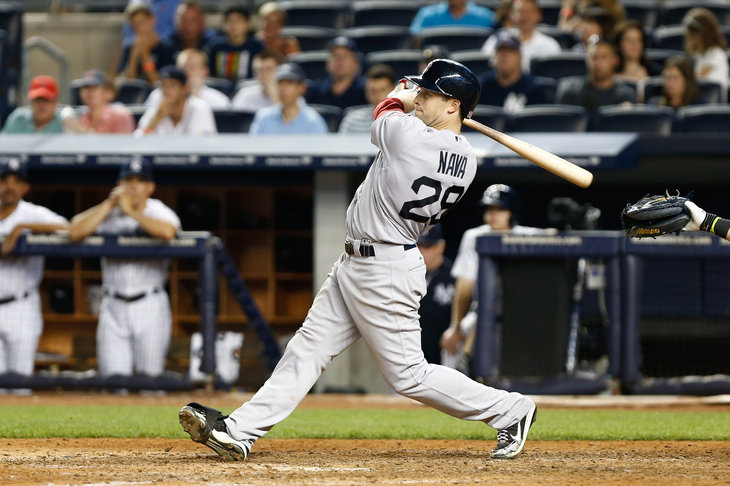 Nava is making a real name for himself as a solid player, and may deserve some major recognition.

But no one outside of New England cares, nor should they: They should be stumping for their own favorites. This is where Nava runs into trouble. He has been good, but he hasn't been so good that the nation has been forced to notice, as they were in the case of, say, Dontrelle Willis. Given how kind advanced stats are to him, it's not a good sign that Dave Cameron left him off his AL predicted All-Star team. If his stats are merely good, and not as great as his story, there's no reason to be upset if he doesn't make it. Plenty of good players miss the All-Star game every year, and no one speaks a word of it past mid-July. Once it's over, the All-Star game is seen for what it is: A diversion, an oasis in the desert of the 162-game season.

For all the same reasons we want Nava to make the team -- his tough road to the Sox and his unlikely success -- Nava himself is likely to have a realistic view of the whole thing. I'm sure he'd love the honor, but you don't have his resume by focusing on stuff that doesn't matter. The important thing isn't what lineup he's in on July 16th -- it's what lineup he's in on July 19th, when the Red Sox face the Yankees to kick off what constitutes the season's second half for the mathematically challenged. All-Star or no, he'll still be there, and as the heat rises on the Nava-for-All Star campaign, it's important to remember what really matters.