Jose Iglesias is performing at an unexpectedly high level at the plate right now, and the team needs to find ways to keep him in the lineup. Luckily, it shouldn't be too difficult.

It happened a little quicker than some, including this writer, expected, but yesterday Will Middlebrooks was activated from the 15-day disabled list, giving the Red Sox their full infield again. In the corresponding roster move, Pedro Ciriaco was the odd man out, being designated for assignment and currently sitting in waivers for the next few days. It wasn't a totally unforeseen move, especially given the offensive strides being taken by Jose Iglesias. This gives the Red Sox something of an enviable problem, though, as Iglesias' bat is too hot right now to take out of the lineup on an everyday basis, but there isn't a clear-cut role for him at a quick glance. It's a good problem to have, but that doesn't mean John Farrell and company don't have to find a solution.

The most important thing to remember is that Iglesias isn't Ciriaco, and he won't be utilized in the same way. The latter was more of a classic utility player off the bench, playing only when it was completely necessary. Though he's been on the roster the entire season, he's only played in 28 games, and has accrued just 58 plate appearances in that time. In the limited playing time, he hit .216/.293/.353, and that line was probably inflated a bit by his 10.3 percent walk-rate. Anyone who watched him at the plate could notice he doesn't have the plate discipline to maintain an above-average walk-rate.

Iglesias, on the other hand, has exceeded everyone's expectations at the plate. A couple weeks ago, I wrote that his play justified this very move, and he would be perfect for the utility role. At the time, I spent some time talking about the lack of sustainability of his batting stats, but with each game he has made it harder and harder to doubt him. Now, he still has just 83 plate appearances this year, and he still boasts a ridiculous batting average on balls in play of .508, but he sure looks like a different player of late. He is no longer living on dribblers finding holes to get hits, he's starting to work the count much more often, and is even drawing walks. Iglesias' true-talent offensively is clearly nowhere near what he's doing right now, but he's showing enough improvement where it's imperative for the team to find him at bats somewhat consistently, at least more consistently than Ciriaco.

Despite the rough time he had at the plate last night and of late, I still am a fan of Stephen Drew and maintain that he deserves the starting shortstop job. His batting stats don't jump off the page, but shortstop is a weak-hitting position across the league, and he is actually above-average compared to the standard at the position. That being said, he has struggled against lefties, and it's not limited to this season. In his career, he is hitting .238/.296/.399 against southpaws, good for a 77 wRC+. Meanwhile, Iglesias is hitting .362/.403/.466 with a 136 wRC+ against lefties. Of course, he's done this in just 58 plate appearances, so the typical small sample caveats exist. However, when you consider the situation, it certainly makes sense to give the bulk of the starts against lefties to Iglesias, especially with his superior glove.

In Middlebrooks' absence, Iglesias provided some very good defense at third base, despite the fact that he just recently started getting work at the position. Under John Farrell, the team has stressed accountability and not having anything handed to anyone. With Middlebrooks struggling at the plate this year, it doesn't really make sense to treat him like a superstar and give him all of the at bats just because of what he did before he got hurt in 2012. I'm not suggesting that he should sit on the bench, but Iglesias is a fine option to fill in at third if Middlebrooks is in the middle of a slump and needs a day or two off. He's certainly a better option than Ciriaco ever was. 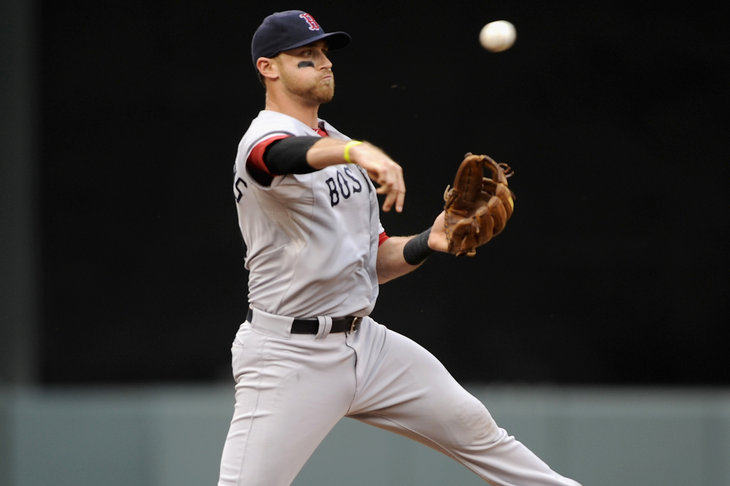 Iglesias is mashing and fielding as well as anyone, but it won't be Middlebrooks losing his job to him. e

Finally, Iglesias has been getting work at second base as well in preparation for his utility role. Of course, I'm not suggesting he fill in Dustin Pedroia. The second baseman has been the best player on the team, and one of the best in the league this year. He deserves to start every game he can. With him being so valuable, though, there's no need for him to play in blowouts, particularly with his already-injured finger. I'm sure the ever-competitive Pedroia wouldn't like it, but if the game is out of hand in either direction, there's no reason for him to risk getting hurt anymore than he already is. Iglesias is a fine option to come in and finish the game in those situations.

The success Jose Iglesias is having offensively couldn't have been predicted by anyone, and is in no way sustainable. However, he's still been too good to sit down on the bench for extended periods of time, and John Farrell will need to find ways to get him some semblance of consistent at bats. Luckily for him, there are plenty of opportunities for it. Whether it be forming a platoon with Drew, giving the slumping Middlebrooks a rest, or getting Pedroia out of games in blowouts, there isn't a shortage of situations to get him into the games. Eventually, Iglesias is going to struggle at the plate, but until then the team should use every opportunity they can to reap the benefits of his hot streak.