Boston selected a number of intriguing draft prospects in the later rounds of the 2013 MLB draft.

All of the attention to the draft was paid to Thursday, when the first two rounds went down, and to a lesser extent on Friday, when rounds three through 10 were completed. On Saturday, though, Major League Baseball pushed through rounds 11 through 40, or, the rounds where the draft budget doesn't matter.* That doesn't mean there wasn't anyone worthwhile picked in those rounds, though: in fact, the Red Sox snagged quite a few players that outlets like Baseball America ranked in their pre-draft top 500 lists.

*Draft picks from rounds 11-40 who sign for more than $100,000 count against the draft budget, but otherwise, they're exempt from those calculations.

The top 500 might not sound like much, but remember that roughly 1,200 players were selected in the draft's 40 rounds by the league's 30 clubs. Also, not every player selected outside the early rounds is picked later for talent purposes: sometimes -- and especially with the budget concerns of the first 10 rounds -- players are picked late if they're a risk to go unsigned. If a team's 11th-round selection fails to sign, he won't cost the team any draft budget space, but if he were selected within the first 10 and went unsigned, then the drafting team would have less to spend. Such is life under the most recent collective bargaining agreement.

With all that in mind, here are those players from rounds 11-40 that show up on Baseball America's top 500:

Asuaje ranked #208 in Baseball America's list. He's not a big player by any means, coming in at 5-foot-9 and 165 pounds, and BA thinks his swing and line-drive approach makes him a #2 hitter. If he gets to the bigs, it'll likely be as a second baseman, the position he spent most of his college career at before a switch to short. 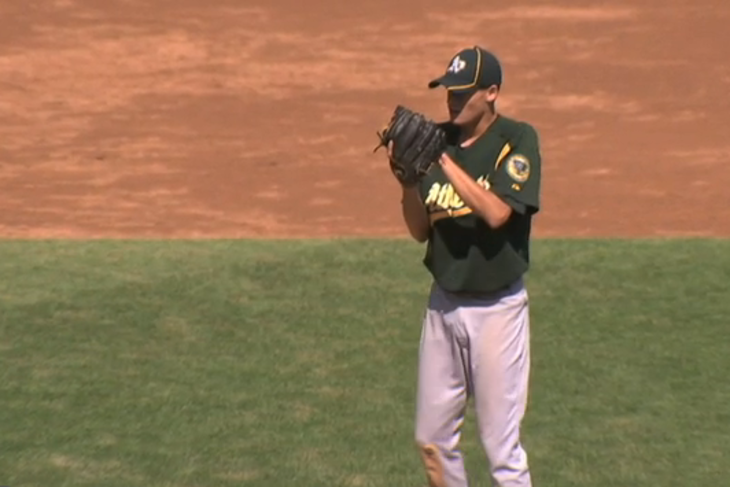 Sheffield is the nephew of former big-league slugger and potential Hall of Famer Gary Sheffield. Jordan is a pitcher, though, and might be damn good one at that: he was the #88 prospect on Baseball America's entire list, putting him just 11 spots behind Boston's second-round hurler, Teddy Stankiewicz. Here's the thing: Sheffield underwent Tommy John surgery, limiting his draft stock for this summer. If the Red Sox can scrape together enough excess budget to give him an offer that entices him to hit the pros rather than move on to college, he could sign, but chances are good this will be one of the last pieces to fall in place this summer, if it falls in place at all.

Romanski was a catcher and a right-handed pitcher for San Diego State, but the Sox picked him as a backstop. Baseball America writes that he lacks upside, but he has value due to his "sound" catch-and-throw skills. Basically, he can be a competent defender behind the plate, enough so that he merits drafting here in the later rounds.

Williams is a wide receiver who has committed to Nicholls State, and he has never been just a baseball player. This is the kind of raw talent a team hopes that, with the switch to one sport full-time, could blossom into an actual baseball player instead of just an athlete. It'll likely cost some money to pull him from football, but if the Sox strike out on Sheffield, or simply have plenty of excess bonus money around due to signing college seniors from the first 10 rounds, then something with Williams could be worked out.

Joseph Monge, OF, 17th round

Monge played baseball in the Carlos Beltran Baseball Academy in Puerto Rico. He's a center fielder that BA describes as having both above-average speed and arm strength. Baseball America also pointed out that, between his "all-around tool package" and the fact he wasn't committed to any college could mean he is selected as early as the seventh round. The Red Sox got him 10 rounds later, though, and with no college commitment in negotiations, there's a chance he could be had for a bonus that doesn't impact Boston's other plans.

Speier has baseball bloodlines, as he's Chris Speier's nephew. He's small, though, so despite the fact he's left-handed, there are concerns. For one, he loses velocity over the course of outings, meaning he's likely a reliever if he's anything. That being said, a lefty reliever who can hit 93 early in outings with a fastball that he can command could have value, and as a 19th-round pick, you can afford to be wrong.

Burkamper ranked #302 on BA's list, and fell this far due to concerns he would be a tough sign. The high school arm is committed to Nebraska, and it's likely he'll take his three-pitch repertoire there unless the Red Sox can come up with a surprising bonus.

Boldt ranked #58 on Baseball America's list, so you know there's a reason he fell all the way to the 22nd. Boldt underwent surgery to repair a torn meniscus. From the sounds of the reports, he's a burner on the basepaths who should be able to get on base often enough to do something productive with it, but he'll have to heal up before he gets the opportunity to do so again. He's also committed to Nebraska, and would likely be giving up a lot of potential money if he chose the pros over that commitment now.

Another player expected to go in the first 10 rounds, Allen is 5-foot-11 and 190 pounds, and there are concerns he won't be able to go the other way very well. This is the kind of guy you can grab at this point in the draft, though, as he had a rough junior year, and will have to negotiate as a senior in 2014 if he's drafted again. Maybe he turns into nothing, but you can see if he can play above his size at a discounted price by selecting him here.

This right-hander is also a high school quarterback, and he's committed to Nevada. There's still a lot of growth that needs to occur for him, so he might keep that commitment and have to come back to the Sox in a few years, if ever.

Nick Longhi, OF, 30th round 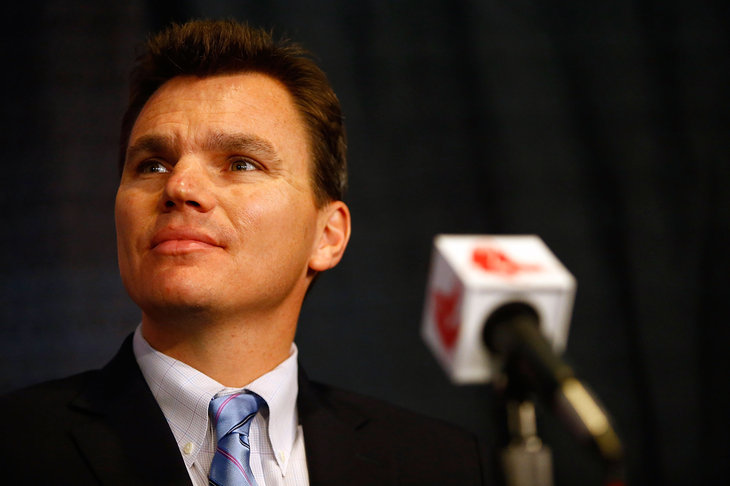 Boston's second and final pick of the draft's first day is used on another pitcher.

Longhi is a pitcher and an outfielder, but the Red Sox (and Baseball America) see his future in the outfield. The publication states that Longhi's fans in the scouting community believe he's the kind of guy who has the talent to go in the top-five rounds, but instead, he was picked 75 percent of the way through the draft thanks to signability concerns.

Thaiss is another high school catcher, one committed to Virginia. He's yet another player who fell all the way to the back-end of the draft due to signability concerns, and Baseball America says it would take more than the bonus of a player in the 8th-10th rounds to make that stop being a problem. Unless Boston whiffs on a whole bunch of other players with commitments, it's tough to see them finding better money than that to offer him.

Morrison ranked #139 on Baseball America's list, and -- well, you know the game by now. He's committed to Oregon State, the college of Jacoby Ellsbury, and is expected to go there before reentering the draft in a few years.

The Red Sox don't have to sign all of these players to make the draft plan a success. Consider many of these picks to be insurance for each other: if the Red Sox have extra budget room to work with, they can try to sign as many of these players as possible without being penalized. If it just ends up being a handful, but it's a few high-ceiling players or ones with signability concerns who fell a couple of dozen rounds, then the plan worked. After that, it's a long road to the majors to see the plan come to fruition, but one thing at a time -- the draft ended all of two days ago.