The MLB draft has its share of quirks and oddities, and the budget introduced to the mix one year ago has only complicated things further. The round a player is selected in doesn't necessarily reflect their talent level, as there may be cost or injury concerns that cause someone to fall. Take the Red Sox third-round pick, high school catcher Jon Denney, as evidence of this: he showed up to the draft itself, but wasn't picked on the first day which covered rounds one and two. Instead, Boston took him on Friday, with the 81st pick.

Because of the budget, the Red Sox will need to find money better than what a third-round pick would get -- in Denney's case, his pick is valued at $671,200. They just might be able to squeeze some extra cash from their first two picks, though, as WEEI's Alex Speier reports that both first-round selection Trey Ball and second-rounder Teddy Stankiewicz are expected to sign for bonuses that are below slot.

This isn't a surprise, but it's one of those things you don't necessarily know until it does or does not happen -- last year's #31 pick, lefty Brian Johnson, seemed like a below-slot guy when he was drafted, but it ended up being Boston's next pick, Pat Light, who gave up some of what he could have made. The fact that the two players with the largest bonus values are willing to eschew receiving the full of their draft slot is great news for the Sox in their quest to lock up Denney. 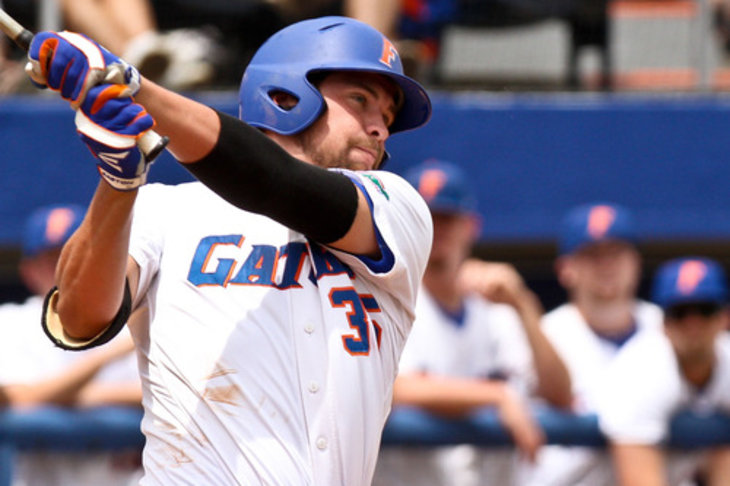 How much do the Red Sox have to spend on the draft, and where will they be spending it?

Ball, as the #7 overall pick, has a value of $3.25 million. Even if the Sox can only cut off the $250,000 from the end there, if they can shave another quarter-million or so from Stankiewicz, they're at about $500,000 extra to work with before you even consider the college seniors who will sign for well, well below slot, or the up to nearly $342,000 in overspending the Red Sox can do before incurring any significant penalties from the league. Add up the third-round slot recommendation to the above numbers, and you get over $1.5 million for Denney -- that should be enough, if not more than enough, to land a catcher who thought he might be a second-round pick.

It would also leave the Red Sox with a bit more room to work with elsewhere, since, as said, they would still have the financial flexibility afforded to them by signing college seniors to deals nowhere near their slot recommendations, as they did last year with the likes of Mike Augliera, Kyle Kraus, and more.