As expected, Boston has called up a reliever to take Joel Hanrahan's place in the bullpen.

You knew Allen Webster wasn't going to be in the majors long, but his horrific performance against the Twins likely sped up the process even more, as it eliminated any chance of him sticking around for a second start. According to general manager Ben Cherington, Webster will be sent down today, with Jose De La Torre called up to take his roster spot.

As De La Torre was the only one of the available non-roster options at Pawtucket who had options remaining, he made the most sense, even with the performance and major-league experience of Ryan Rowland-Smith giving the Red Sox multiple pitchers to choose from. As he's not on the 40-man, Boston will need to clear a spot for him -- the most likely routes are for Franklin Morales to go on the 60-day disabled list, or maybe Alex Hassan, given a broken foot has kept his season from starting and Morales has resumed his rehab assignment.

With Joel Hanrahan hurt, who will the Red Sox call up? 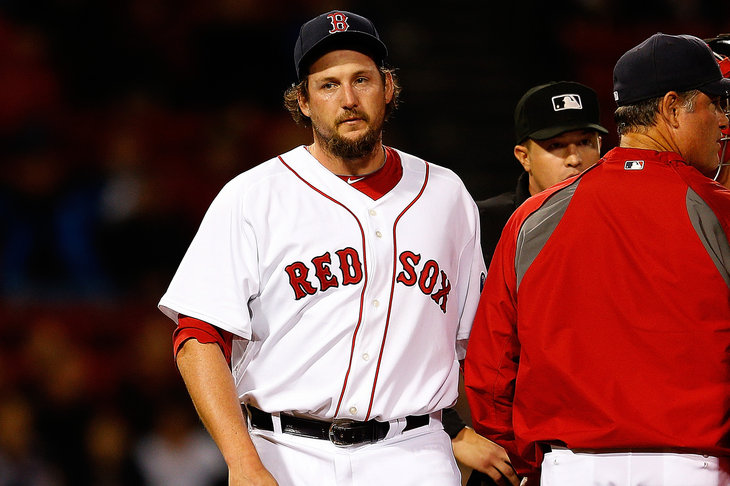 The Red Sox put their second closer in as many days on the DL, so who will they call up to replace him?

The right-hander does not have swing-and-miss stuff, and his fastball hovers around 90 miles per hour, but thanks to keeping the ball low in the zone with consistently quality command and an aggressive nature that belies his repertoire, he's been able to keep the ball in the park, miss bats, and induce more than his share of grounders in his minor-league career. He impressed during the World Baseball Classic with Puerto Rico, striking out a dozen batters in six innings of work, and the Red Sox will hope for more of that as they attempt to bandage the wounds in their battered bullpen.

De La Torre was acquired from the Indians for Brent Lillibridge last summer, and has 357 professional innings and a 2.77 ERA under his belt in seven seasons as a reliever. His next major-league appearance will be his first, but he could find himself on the Clayton Mortensen 2012 path if he pitches well: he, along with Alex Wilson, could be shuttled back-and-forth between Pawtucket and Boston all season long as needed. Given the swath cut through the Boston bullpen by injuries, having someone else as reliable depth on the 40-man would be a positive.