Boston lacks third base depth, but one of their first basemen could be the answer.

Share All sharing options for: Is Brandon Snyder the third base depth the Red Sox need?

Third base depth is not something the Red Sox have very much of. As Ben Buchanan pointed out earlier on Wednesday, there is Pedro Ciriaco, there is Brock Holt, and then it's down to things like shifting Stephen Drew over to third base, a position the shortstop has played exactly zero times since entering the pros in 2005. So, with Will Middlebrooks removed from Tuesday night's game after a collision with David Ross, we're sort of forced to remember this fact.

There's only so much to be done about this over the off-season: with just 40 roster spots to go around, and 25 of them for major-league players, you can only stash at so many positions and in so much quantity. Otherwise, it's about finding guys who are maybe on the fringe that have value others might be missing out on, or just simply don't need within their own organization. That's where Brandon Snyder, a minor-league free agent inked after Mauro Gomez was claimed by the Blue Jays this spring, comes in.

Snyder has played just 74 games at third base in his career, with the bulk of the former catcher's time coming at first base instead. As Alex Speier pointed out at WEEI.com, though, he might very well be Boston's best chance to keep third base production up should something happen with Middlebrooks, either now or in the future. Speier spoke to a talent evaluator about Snyder, and came away with positives:

He played there some for the Rangers in the major leagues and he played OK," said the evaluator. "I think he's more than just a 3A guy. ... He came out of spring training for the Rangers last year with his swing really looking good and he produced. But then he didn't get a chance to play much and the swing got long." 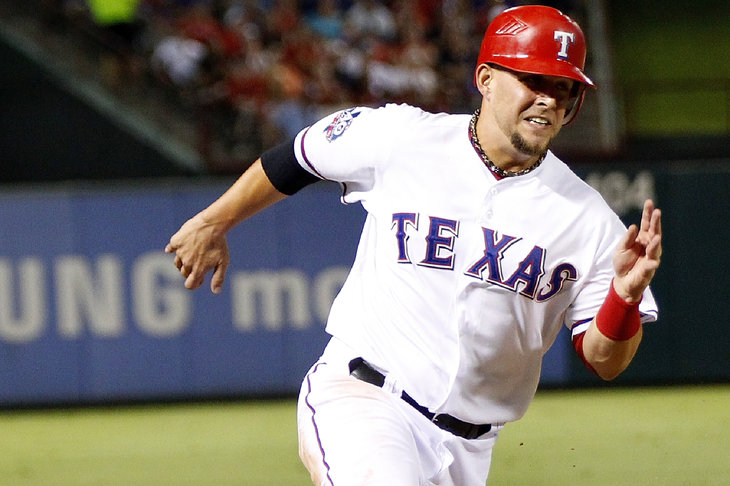 Snyder is currently mashing at Triple-A Pawtucket -- not a huge surprise considering he's 26 years old and in his fifth season at the level. However, much like Mauro Gomez proved useful when needed on the 2012 Red Sox, Snyder and his current .330/.423/.628 line for the PawSox could translate into just good enough in a moment of need at third base. It's also worth pointing out he hasn't hit much at Triple-A before, so even though he's had nearly 1,400 plate appearances there, maybe something finally clicked for him. You'd certainly prefer Boston doesn't have to crack open that emergency "what if" case, but if it comes to it, he's likely a more viable option than, say, Ciriaco if you want someone who can maybe do something useful with the bat.

Boston would have to make room on the 40-man roster for Snyder, but as was discussed when the Red Sox were in need of a new addition to their bullpen, shifting Franklin Morales to the 60-day disabled list could make that happen were it necessary now. If it's later on in the season, well, it's not worth worrying about yet: there tends to always be a move that could be made in order to find roster room, and they aren't always the kind you can predict.