With Joel Hanrahan hurt, who will the Red Sox call up?

The Red Sox might put their second closer in as many days on the DL, so who will they call up to replace him?

Share All sharing options for: With Joel Hanrahan hurt, who will the Red Sox call up?

From the sounds of it, Joel Hanrahan is going to end up on the disabled list. According to Scott Lauber, Hanrahan felt a "pull" in his arm, and the pain did not subside, making even a pickoff attempt to first base a painful experience. The Red Sox reliever will undergo an MRI on Tuesday, and we'll know more about his condition from there, but it doesn't sound like good news is forthcoming.

With that in mind, even leaving aside that the Red Sox have played games in seven consecutive games, flew to Texas after a night game in Toronto last week, had an extra innings contest on Monday, and won't have another day off until May 13, they are going to need another reliever in the bullpen in Hanrahan's absence. Who they will call up isn't an easy question to answer, though, as every reliever on the 40-man roster, besides Alfredo Aceves, is already on the disabled list or in Boston. Or, in the case of Steven Wright, pitched two days ago, albeit briefly.

Aceves could come up, but he's in Pawtucket for performance reasons and has had one half-decent start with six strikeouts and four walks in six innings there. If Boston is bringing him up, it's because they likely want him to be Ryan Dempster's only reliever in Tuesday's game in order to give everyone else in the bullpen a much-needed day off. If this is the case, he might even be sent back down after the game in order to bring up another fresh arm for the bullpen, and to keep him stretched out as a starter at Pawtucket.

If not Aceves -- or if he's sent back down before Wednesday's game after throwing a few innings in relief -- then who? By transferring Franklin Morales to the 60-day disabled list, they could open up a new 40-man spot in order to add someone new to the mix, creating new options for temporary relief help. As Morales was originally placed on the DL on March 22, his 60 days are already nearly up, so this wouldn't be an inconvenience to his already interrupted rehab assignment, but would necessitate designating someone for assignment when he is ready to return. That's something to deal with when the time comes, however.

Smith, affectionately known as Hyphen, basically failed as a starter in the majors, posting a 4.87 ERA in the role despite the pitcher-friendly environment of Safeco at his back for much of his career. As a reliever, though, he had his uses, throwing 93 innings with a strikeout-to-walk ratio of 2.3 (compared to 1.4 as a starter), thanks to a huge increase in strikeouts from 4.4 per nine to 8.6. He wasn't flawless, but a 3.68 ERA as a reliever is much more useful than his work starting games.

He's in Pawtucket now, and has struck out 12 batters in 17 innings against five walks, with a 0.52 ERA. The Australian-born southpaw might not be a long-term option in Boston's bullpen, but he's had success in relief, has had six outings over an inning in 2013, and could help stabilize things while Andrew Bailey works his way back from the DL. The one concern is that they might end up designating him for assignment and losing him after, but as much as you don't want to have to dip into your depth, it is there to be used when it's needed, too.

De La Torre gets outs on the ground, he misses bats, and he's given up just 16 homers in 356 professional innings. He's on his third organization and is already 27, but there's a lot to like about him as a potential bullpen piece. If nothing else, he's the kind of depth you turn to in this exact situation, as he can throw quality strikes with some measure of consistency, even if his stuff isn't as good as his numbers might make you think. Pitchers like that tend to be a bit worse in the majors than in the upper minors, but that's not the same as saying he'd have no use to the Red Sox. 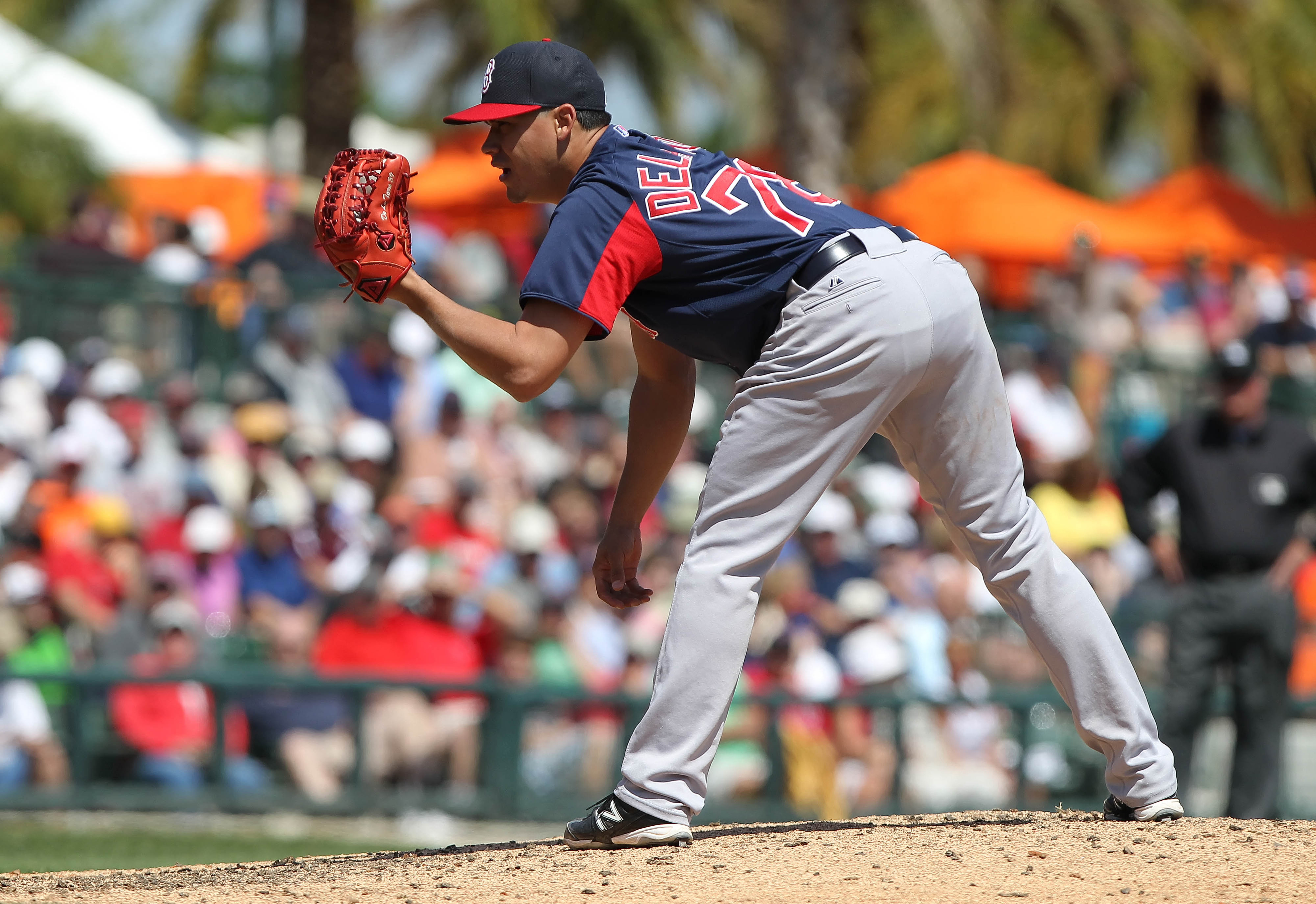 The right-hander pitched in the World Baseball Classic, and showed flashes of his ability to miss bats when he was taking on some of the world's greatest international stars, earning 12 punch outs in six innings against one walk. He also has options remaining, and that might be what gets him to the bigs for this potentially short stretch of time over someone like Rowland-Smith, who could very well be designated and claimed elsewhere after about a week in the majors. 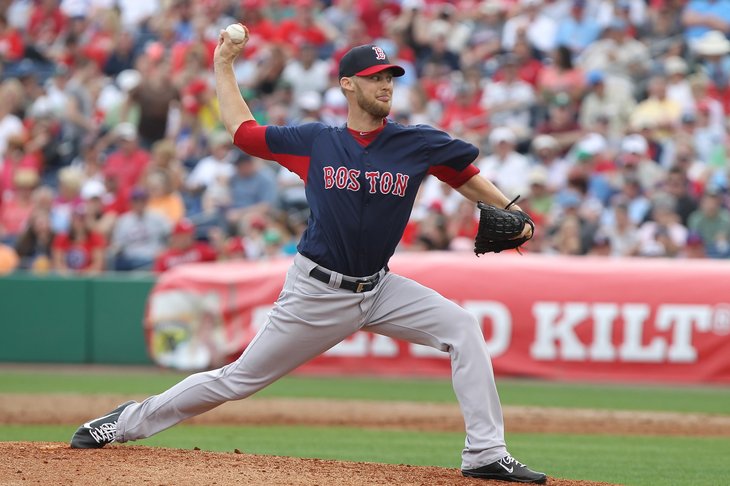 It's been about a year since things got tough for Daniel Bard, and they haven't improved at all since.

Carter was only supposed to be called up if something had gone very wrong in Boston, but two closers on the disabled list in back-to-back days in the midst of a two-week stretch of games likely qualifies. While his 6.75 ERA at Pawtucket doesn't look pretty, it basically came down to one appearance. He has given up 10 runs in 13-1/3 frames, and six of those came on April 18. All told, he has 23 strikeouts against six walks, but as he hasn't pitched particularly well in his career 123-1/3 frames at Triple-A, he still might be a long shot at this point in the season considering the other options available to the Red Sox. At least until he proves that games like April 18th's aren't something Boston is going to need to worry about.

It's unlikely the Red Sox would call Daniel Bard up once more, given his struggles at Double-A Portland, and while Drake Britton is on the 40-man roster, they won't interrupt his development for such a short stint, either. De La Torre seems like the most likely non-Aceves candidate given his options, as he could be shuttled back-and-forth between the majors this season like Clayton Mortensen was in 2012, if that ended up being something they needed to happen.