Thoughts after the Rangers swept the Red Sox

Share All sharing options for: Thoughts after the Rangers swept the Red Sox

The Red Sox are headed home after a disappointing weekend in Texas, as they just suffered their first series sweep of the 2013 season. Boston came into the series with the best record in baseball, looking to test themselves against another elite club. They left merely tied for the best record in baseball, and didn't do so well against the Rangers. This has become something of a pattern, as the Sox are 6-15 against Texas since Adrian Beltre departed. Let us briefly pause to recall the glory that was Beltre hitting kneeling dingers at Fenway. Sigh.

Regardless, this isn't the first time Boston's come into May 6th on a losing streak. Last year, May 5th saw Boston lose its fourth straight at home, knocking the team down to 11-15. What followed... Well, you all remember what followed. May 6th of last year was the day that made it abundantly clear that 2012 was going to be a very, very long year. Clay Buchholz got the start, and lasted only 3-2/3 innings. The game was tied after nine, and went well into extras. The Sox bullpen had been so beaten up that the only man left to start the 17th inning was Darnell McDonald, who gave up two walks, a double, and ultimately a three-run homer to Adam Jones.

The game wasn't over, of course, since Baltimore's bullpen was similarly depleted, and the only available hurler was designated hitter Chris Davis. Davis didn't start any better than McDonald had, giving up a single to Ryan Sweeney and a walk to Dustin Pedroia. Then, of course, came perhaps the lowest point of the season. Adrian Gonzalez, ostensibly the best hitter in the lineup, finished his 0-for-8 day by striking out swinging. On three pitches. Against, it can not be emphasized enough, a designated hitter.

The memory of that game, I think, is why despite the Red Sox' sweep at the hands of Texas, I feel fine right now. This weekend, Boston lost three games in May to a damn talented team. Every so often, that'll happen. Especially when Yu Darvish is involved (even though he gave up three of the four runs the Sox scored this weekend). But they're still in first place, and they're coming home for four games against Minnesota, which has been good for everyone's record so far this year. Speaking of Darvish and Minnesota, this is my favorite stat in a long time: Darvish has struck out 72 batters already this year. The Twins' starters, combined, have struck out 76. 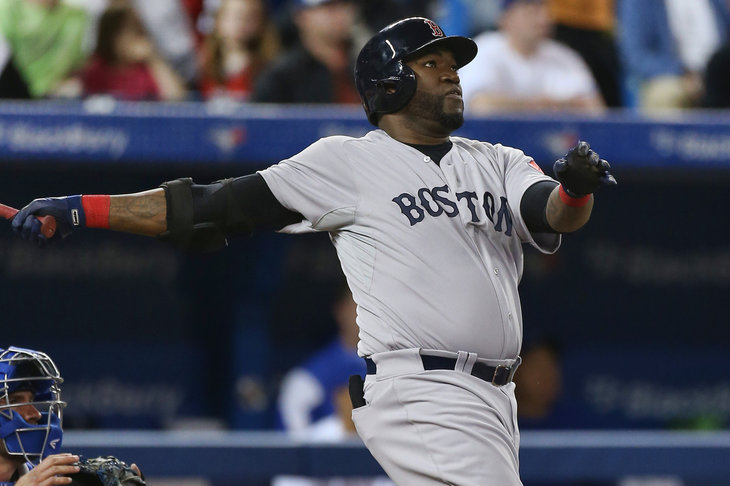 There were more than enough concerns to go around, but David Ortiz ended up conquering April anyway.

At this time last year, Boston had already suffered three series sweeps, and spent not a single day in first place. Here in 2013, they've not spent a single day out of first place. Last year, the entire rotation was underachieving with only Aaron Cook on the horizon. This year, with really only Felix Doubront scuffling, Boston has Franklin Morales about to come off the shelf and Allen Webster tearing apart Triple-A. David Ortiz is hitting .440/.473/.840 with 12 extra-base hits in 13 games. Alfredo Aceves isn't on the big-league roster anymore. Everything, as they say, is coming up Milhouse.