The Red Sox head to Arlington for a match-up of first place teams.

Is it just me, or do terrible things generally happen when the Red Sox face the Rangers? Maybe the last year is just blocking out the good times, but I can't get past the imagery of Jon Lester getting destroyed in a 50-pitch inning at Fenway last April, or Mike Napoli wearing a Texas uniform while destroying Red Sox pitching, or Josh Hamilton doing his best to find the red Ted Williams' seat in right field with a homer off of Mark Melancon.

Thankfully, Napoli is now on the Red Sox, Hamilton the Angels (though, given his performance, maybe the Rangers wouldn't be such a bad place for him at the moment), Lester seems to be (mostly) back in order, and they are playing these three games in Arlington, not Boston. Also, C.J. Wilson is still on the Angels, so he can't inexplicably do his Cliff Lee impression against the Red Sox this weekend. Hooray for small miracles, I guess?

Both clubs are in first place in their respective divisions, and both have an expected rival competitor (Yankees, Athletics) breathing down their necks in second.

If not for Derek Holland's solid start to the year, this might have been the match-up of lefties who aren't quite as good as they should be. It remains to be seen if Holland, who owns a 134 ERA+ in the season's early going, can keep it up, but at the same time, it's still a mystery whether or not Felix Doubront is going to move past back-end starter and into the realm of mid-rotation arm, or if his inefficiency will keep him where he is now despite his high-quality stuff. Luckily, being average isn't a bad thing, and that's what Doubront has managed to this point. If he can get through five or six innings on Friday without putting the Red Sox in the hole against a quality team, then he's done his job this time out.

John Lackey hasn't pitched in Texas since 2011 -- that's where the nightmare season that was 2011 began for him, in fact -- but he also hasn't had his old elbow ligament since then, either. In theory, things should go much smoother this time, especially when you consider he's looked good in his first two outings of 2013. Just two because, as you know, Lackey's first appearance was cut short, and then he was placed on the disabled list for biceps inflammation, but has since returned to duty. 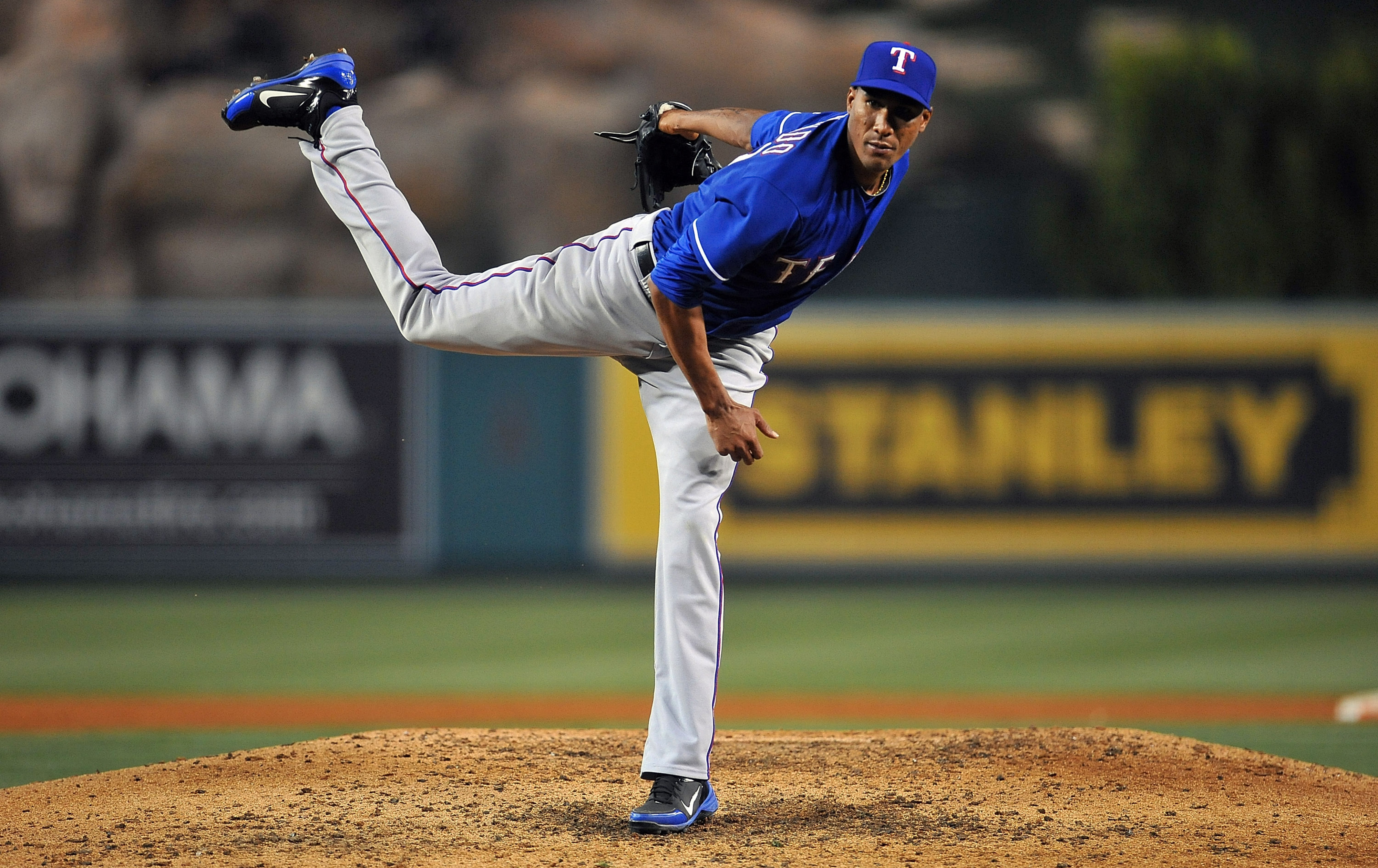 He'll take on Ogando, who has bounced between the rotation and bullpen again and again the past couple of years, and all without devolving into whatever it is Daniel Bard has become, too. Ogando hasn't struck out as many batters as he normally does just yet, and he's handed out a few extra walks, but neither rate has fallen into worrisome territory, either. Maybe a night against a patient and powerful Red Sox lineup could change that.

You'd have to think that, if the Red Sox hadn't just completely stunk to end 2012, that this would be a Sunday Night Baseball game. Jon Lester! Yu Darvish! Red Sox! Rangers! This game could have everything. Given that, it will probably end up being an 8-7 win because both starters fell apart. Hopefully not, though, for multiple reasons. The first being that Lester already used up his disappointing start for this portion of the year last time out against the Blue Jays. The second is that, despite the fact we're all rooting against Texas here, it'd be nice to see Darvish have himself a Darvish start. With, you know, the bullpen blowing it for the Rangers in the end, or Lester simply being even better.

The Rangers have a slew of arms on the disabled list, including Matt Harrison, who underwent a second back surgery recently due to problems stemming from the first procedure. The lineup is whole, though, and while Napoli and Hamilton have gone elsewhere, there is still Adrian Beltre, Ian Kinsler, Lance Berkman, and Nelson Cruz to contend with. It hasn't been enough for them lately, as they're 5-5 in their last 10, but you can certainly see where things could change in a hurry.